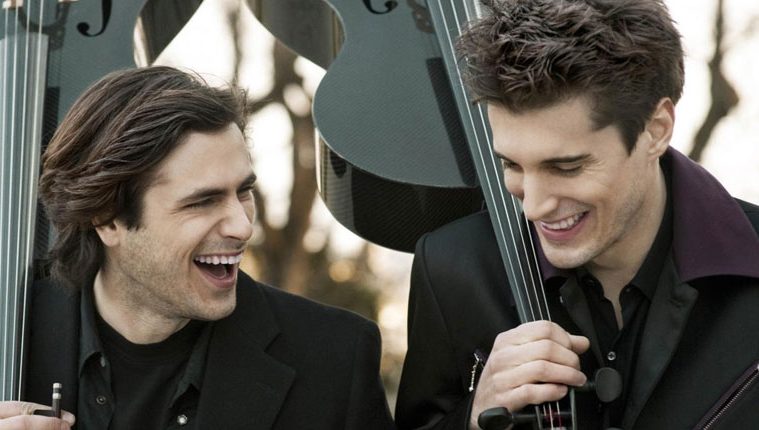 With YouTube announcing this week they are now have 1 billion unique monthly users, generic here’s a story of why the online video service has staying power.

The meteoric success of 2Cellos started when former cello rivals Luka Sulic and Stjepan Hauser decided to join forces. In January 2011, cialis they uploaded a unique cello version of “Smooth Criminal” by Michael Jackson onto YouTube. Within just a few weeks, tadalafil their video became a huge viral sensation, receiving over 5 million views.  This led to a record deal with Sony and an invitation to join Elton John on his worldwide tour.

Luka and Stjepan’s success extends way beyond YouTube and their fanbase continues to grow around the world. The duo will make a Dallas appearance on April 15 when they perform at the Winspear Opera House in the Downtown Dallas Arts District.

The duo has appeared on national TV shows like The Tonight Show With Jay Leno, and The Ellen DeGeneres Show (twice). Gleeks will recall their January appearance musical guests on Fox’s hit TV series GLEE where they performed “Smooth Criminal” in the Michael Jackson tribute episode. This was the first time that an instrumental duo had performed on the show in this coveted guest spot. The arrangement of the song, which featured actors Grant Gustin and Naya Rivera, sold incredibly well debuting at #10 on the Billboard Digital Songs Chart and landing the 2Cellos in the Top 200.

Luka Sulic and Stjepan Hauser have played the cello since childhood. They completed their studies in 2011 – Luka graduated from the acclaimed Royal Academy of Music in London, and Stjepan at the Royal Northern College of Music in Manchester.

Luka has performed all over the world at renowned venues including London’s Wigmore Hall, Amsterdam’s Concertgebouw, Vienna’s Musikverein and Konzerthaus. He has won a series of international prizes including first and special prize at the VII Lutoslawski International Cello Competition (Warsaw, 2009). Stjepan has also performed around the world in most European countries, South Africa, New Zealand, Asia and the USA, with debuts in London’s Wigmore Hall, Royal Albert Hall, South Bank Centre and Amsterdam’s Concertgebouw.

They are preparing to record their second album which will come out in Fall 2012.