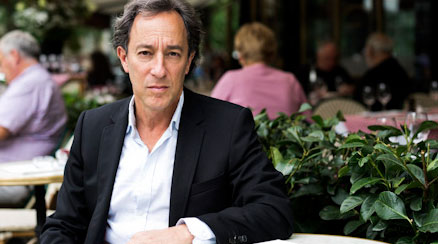 The Nasher Sculpture Center and Dallas Architecture Forum have announced that the chief architecture critic of The New York Times, Michael Kimmelman, will be keynote speaker for the 2013 Dallas Design Symposium.

Mr. Kimmelman will speak at the symposium in Nasher Hall on Sunday, May 5 at 2 pm followed by a book signing of his most recent release, The Accidental Masterpiece: On the Art of Life and Vice Versa.  A limited number of VIP tickets are also available for a reception honoring Mr. Kimmelman at The Warehouse on the evening of Saturday, May 4. The Warehouse is a new art space developed by the Faulconers and the Rachofskys, containing 18,000 square feet of exhibition space and showing works from both collections.

“We are delighted to partner with the Dallas Architecture Forum to bring to Dallas one of the country’s leading voices in architecture,” said Nasher Director Jeremy Strick. “Since taking on the role of Chief Architecture Critic at the Times, Mr. Kimmelman has brought new attention to the role architecture and design can play—for good or ill— in fostering urban life. Of course, this topic has special relevance for Dallas as our city continues to develop.”

Kimmelman is an author, critic, columnist and pianist. He is the chief architecture critic for The New York Times and has written on issues of public housing, public space, infrastructure, community development and social responsibility. He was the paper’s longtime chief art critic and, in 2007, created the “Abroad” column, as a foreign correspondent covering culture, political and social affairs across Europe and elsewhere. He returned to New York from Europe in 2011and his articles since have helped to reshape the public debate about urbanism, architecture and architectural criticism.