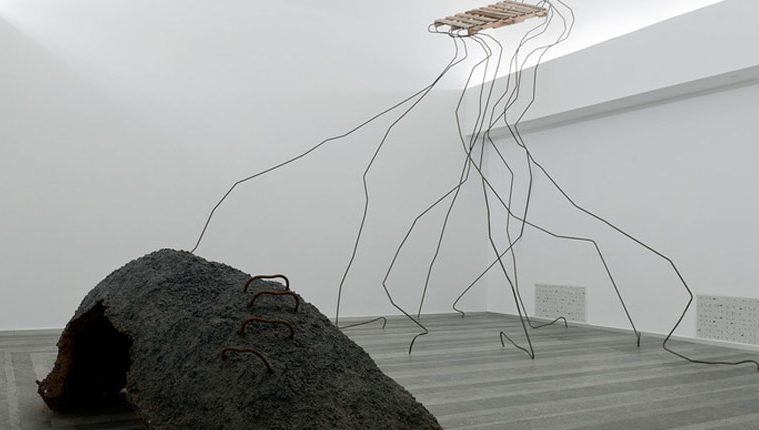 “As the only institution in the world exclusively dedicated to collecting, exhibiting, and researching modern and contemporary sculpture, the Nasher Sculpture Center is uniquely positioned to investigate this growing aspect of practice of sculpture in the public realm. Nasher XChange will extend the museum’s core mission beyond its walls and into Dallas’ diverse neighborhoods, alongside key community partners, to present key advances in the rapidly expanding field of sculpture, raise the level of discourse on the subject within the city, and contribute to broader national and international conversations on public sculpture,” said Nasher Director Jeremy Strick.

The artists invited to participate in Nasher XChange — Lara Almarcegui, Good/Bad Art Collective, Rachel Harrison, Alfredo Jaar, Liz Larner, Charles Long, Rick Lowe, Vicki Meek, Ruben Ochoa, and Ugo Rondinone— represent a range of sculptural practices in contemporary sculpture locally, nationally, and internationally.   For the Nasher XChange project, specifically, the artists have selected a variety of geographical, social, historical, environmental, and esthetic settings around the city of Dallas.  These projects will be further enhanced through important collaborations with key community partners who will contribute to the artistic process, alongside the artists and the Nasher Sculpture Center.

“This year as the Nasher Sculpture Center celebrates its 10-year anniversary; it will boldly go outside its walls and inspire Dallas to see the best in itself. It will touch all corners of our city – North, South, East and West,” said Dallas Mayor Mike Rawlings. “It will challenge us to rediscover, reconsider and reclaim our city.

Along with paying tribute to the history of the Nasher Collection of displaying sculpture in public places, Nasher XChange advances the museum’s exhibition program, which was expanded in 2009 to include contemporary sculpture through exhibitions featuring such artists as Ken Price, Ernesto Neto, Tony Cragg, and Jaume Plensa. The Nasher has also initiated its Sightings series, which invites contemporary artists, such as Martin Creed, Eva Rothschild, and Diana Al-Hadid, to create installations responding to the architectural setting of the Nasher’s Renzo Piano building. Nasher XChange will provide an opportunity to extend this program out of the museum and into multiple communities.

In addition to commissioning these significant new art projects throughout the city, the museum plans scholarly publications, conferences, and educational programs for the public, as well as a free public celebration for the 10th anniversary on October 20, 2013.