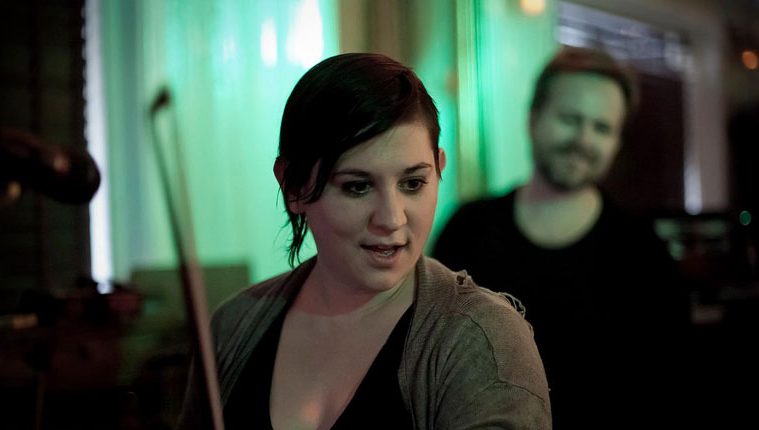 The Meadows School of the Arts at Southern Methodist University has announced the recipients of its fourth annual Meadows Prize arts residency – violist Nadia Sirota and interdisciplinary artist Tania Bruguera. The Meadows Prize is awarded to pioneering artists and scholars with an emerging international profile, capsule active in a discipline represented by one of the academic units within the Meadows School.

“The aim of the Meadows Prize is to connect artists at the forefront of their fields with our students and with the community – artists who produce new ideas, clinic new work or new methods, physician ” said José Bowen, dean of the Meadows School. “Nadia and Tania push the boundaries of contemporary music and performance art, and our students will have the incredible opportunity to work directly with them. We are eager to see what develops from their residencies in Dallas.”

Inaugurated in October 2009, the Meadows Prize is presented each January to up to two pioneering artists. It includes support for a four-week residency in Dallas, in addition to a $25,000 stipend. In return, recipients are expected to interact in a substantive way with Meadows students and collaborating arts organizations, and to leave a lasting legacy in Dallas, such as a work of art that remains in the community, a composition or piece of dramatic writing that would be performed locally, or a new way of teaching in a particular discipline.

Nadia Sirota is best known for her unique interpretations of new scores and for premiering works by some of the most talented composers of her generation, including Marcos Balter, Caleb Burhans, Judd Greenstein, Missy Mazzoli and Nico Muhly.  She is a founding member of ACME (the American Contemporary Music Ensemble), yMusic, and the Wordless Music Orchestra and is a regular guest with groups such as the Meredith Monk Ensemble, Alarm Will Sound and Continuum.  Her debut album, First Things First, was a New York Times 2009 record of the year.  In addition to her work as a performer, Sirota has served on the faculty of the Manhattan School of Music in its new contemporary music performance master’s degree program since 2007.  She will be in residency at SMU April 1-14, 2013 and October 7-19, 2013 and will collaborate with student musicians on the development of new compositions and performance techniques.

Tania Bruguera is a Cuban-born interdisciplinary artist working primarily in behavior art, performance, installation and video – with much of her work pivoting around growing concerns about the political representation and conditions facing immigrants. Her work has been featured in Documenta 11 in Germany and in the Venice, Johannesburg, Sáo Paolo, Shanghai and Havana biennials.

In March 2011, Bruguera began a five-year social project, Immigrant Movement International, the first year of which was sponsored by Meadows Prize winner Creative Time and the Queens Museum of Art. IM International functions as a think tank for immigrant issues; from its storefront headquarters in Corona, Queens, Bruguera and other staff and volunteers offer free educational, artistic and consciousness-raising activities to a community of immigrants.

Bruguera is a proponent of “arte útil” (useful art), meaning art that can be implemented in people’s lives in ways that address social and political problems. In February, she will launch a new project with the Queens Museum and Van Abbemuseum in the Netherlands, culminating in the transformation of the old building of the Van Abbemuseum into the Museum of Arte Útil this fall. Bruguera will be in residency at SMU April 7-20, 2013 and September 22-October 5, 2013.