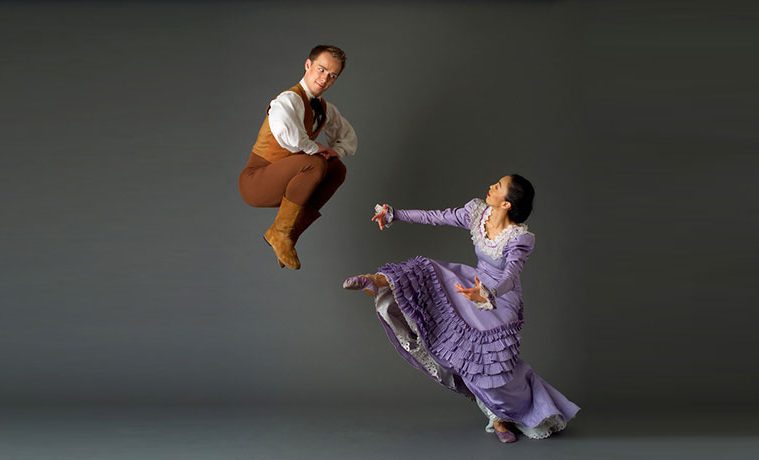 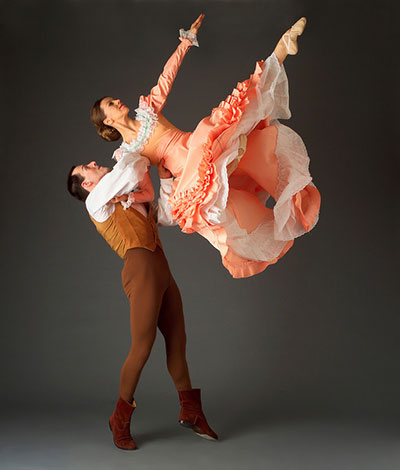 Perhaps the most startling thing about watching Martha Graham’s 1944 ballet Appalachian Spring is how beautiful it still is. The subject matter is the stuff of American folklore, pared down to skeletal allegory. A Husbandman and his Bride celebrate the first day of their marriage amongst a small community that includes a Pioneering Woman, a Preacher, and his four adoring Followers. The scenario is representative of the perseverance of the American spirit, and the hopeful optimism of marching into the unknowable future.

If there is a crowd-pleaser in the Graham repertoire, Spring would be it. The high drama of her movement is tempered here with bits of folk elements in the steps and formations. The tone of the dancing is generally joyful, except for when the Preacher admonishes his flock. There is much fervor in the lifted nature of the choreography, but it’s also understated in its simplicity. The angular sissones, the attitude poses, the knee boureés – all of it so graceful and lithe, but with the inherent power of American dynamism.

The company’s Sept. 25 engagement through Texas Performing Arts at University of Texas saw the four principal roles danced with heart, and a deep understanding of the symbolism behind the characters. The Husband was danced by Lloyd Mayor with strength and buoyancy, while Mariya Dashkina Maddux made for a wonderful Bride, filled with both the bliss of impending matrimony and the trepidation of life on the frontier. Lloyd Knight’s preacher was appropriately imposing as the story’s moral guidepost, and Natasha Diamond-Walker danced with conviction and wisdom as the Pioneering Woman. 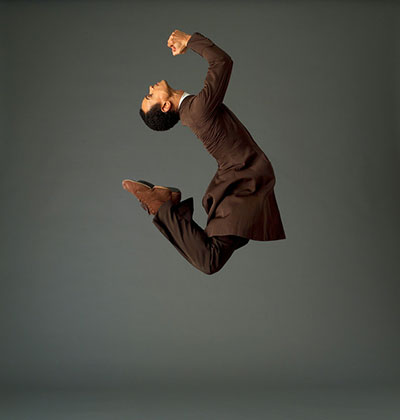 It was fitting that the program opened with Spring as a living artifact of where modern dance began, and ended with a new work that hints at where the art form is going, especially on a global scale. Echo is a new piece by Greek choreographer Andonis Foniadakis that premiered earlier this year at New York City Center. Echo isn’t so much informed by Graham’s specific technique as it is informed by her preoccupation with Greek source material; it reenacts the myth of Narcissus, the beautiful young man who falls in love with his own reflection, and Echo, a cursed nymph, who can only repeat the last few words that have been spoken to her.

Aesthetically, Echo is the most un-American of the four, though equally captivating. Graham found her power in the contraction of the spine, with energy emitting from the center of the body outward in clean dramatic lines. Her dance is movement unadorned. Foniadakis’ choreography is full of ornamental embellishments, with never a moment of stillness. Every note in Julien Tarride’s overly theatrical music is filled with head rolls, hand flutters, and snaking through the body. Limbs are flung wildly through the air, and the flurry of movement is accentuated by the billowing skirts of Anastasios Sofroniou. The energy is not the restrained force of Graham’s Errand into the Maze, her retelling of the Theseus myth, which opened the second half of the program. It’s an altogether kinetic power, one of abandon and uncontrolled passion. I wouldn’t say Echo speaks in the Graham language, but the story it tells is absolutely ravishing. 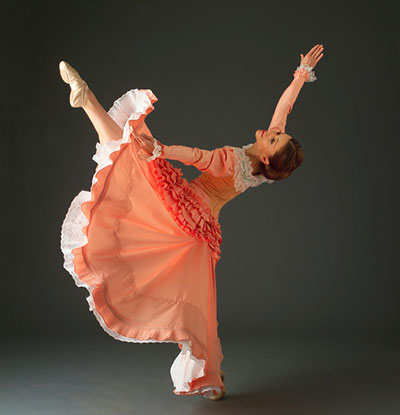 Despite the enthusiastic response from the audience for Foniadakis’ Echo, I still kept returning to Appalachian Spring. Graham’s ode to the America of yesterday is not only still beautiful, but relevant. The world may not be in the throes of a world war as it was when Graham premiered Appalachian Spring, but the chilling reality is that we are still facing a future made uncertain by present political tremors. The Husbandman’s and his Bride’s final hopeful gaze into the sunset isn’t just poignant nostalgia; it’s an image of now.