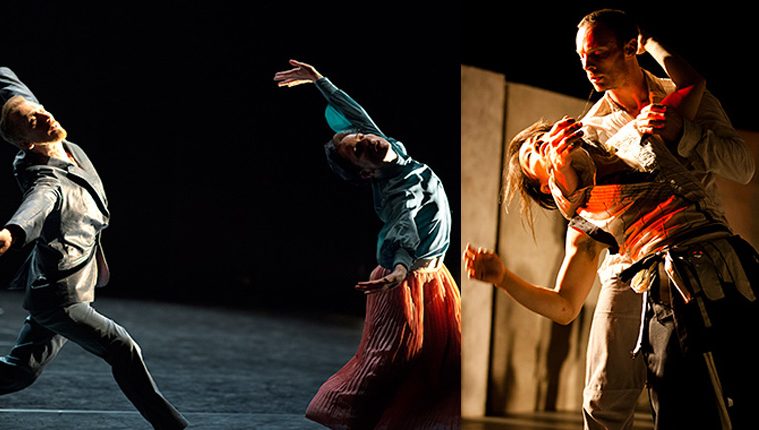 How the World Dances

For a curator of art or a producer of theatrical work, there’s no denying the affirmative impulses of that eureka moment when they have discovered an artist for their showcase. For Dance Salad Festival Artistic Director Nancy Henderek, that moment came last year in Düsseldorf while watching Moscow, an abbreviated version of Russia by Spain’s Marcos Marou. “[Moscow] was immediately intriguing because of the humorous angle coming through the work,” she says. “The dancers were also very good actors, and even used vocalization and speaking. Marou is a surprising choreographer.” Surprise ingredients in a salad are always a treat, as is sure to be the presentation of Marou’s work. This year’s festival, which will run March 28-30 at the Wortham Center’s Cullen Theater, marks the Houston debut of his company, La Veronal.

Both Moscow and Russia are on the program in variations that were constructed specifically for the needs of the Dance Salad Festival. Marou, who is nearing completion on a new work entitled Siena, is a choreographer who is inspired by, and preoccupied with, the shifting boundaries of cultural geography. But in Finland and Iceland and Sweden, he does not create dances that are literal interpretations of the locations he is examining. Rather, he re-imagines the emotive qualities suggested by the geography. “Russia deals with fear,” says Ms. Henderek. “And the lake in Siberia is a physical representation of fear. The dancers are not onstage trying to be Russian. The dance is more about what Russia represents to Marou.”

Another reason Marou was such a perfect fit for this year’s festival was his willingness to collaborate with Henderek in choreographing the new variations. “He’s the kind of choreographer that is creative, and he likes to see his work in other ways than his own. He can take his own work and dig deeper.” That’s a characteristic that is shared with several other Dance Salad choreographers.

Newcomer TU Dance from St. Paul, Minnesota is the lone American company on the bill. High Heel Blues is a light-hearted dance set to the music of Tuck and Patti. When Henderek first saw the funny ditty about the perils of wearing high heel shoes, there was no question that it would be a perfect fit for the festival. “It’s a fun piece,” says Henderek.

Take Sidi Larbi Cherkaoui’s PUZ/ZLE. This year marks the fourth time that the choreographer will present work, and the second time with his Antwerp-based company, Eastman. After watching the piece at last year’s Festival d’Avignon, Henderek approached Cherkaoui about re-working a section of the dance that intrigued her. Cherkaoui was more than happy to oblige. In fact, the choreographer felt that he originally didn’t have enough time to spend on the section of Henderek’s interest, and he wanted to work more with the two dancers in the piece. In this way, an invitation to the Salad is not only an invitation to perform, but an opportunity to be creative and push a project to its boundaries.

The Salad iteration of PUZ/ZLE will include more musicians for a stronger marriage of live music and dance, including Lebanese singer Fadia Tomb El-Hage, Japanese flutist and drummer Kazunari Abe, Japanese koto player Tsubasa Hori, and violinist Olga Wojciechowska. The addition of so many elements makes the piece that will be presented at the Wortham Center more of a spin-off rather than a simple re-staging. Cherkaoui has even decided to rename the piece for the Houston engagement to Petras, out of PUZ/ZLE.

Also returning is Mats Ek, who will be showcasing work for the third time. Light Beings was previously shown in London and will come to the Cullen stage on HeadSpaceDance, a UK company making its Dance Salad debut. What makes Beings such a potent duet is the long history the dancers share with each other and with the choreographer. Dancers Chris Akrill and Charlotte Broom have known each other for twenty years,including time spent dancing at the Culberg Ballet. They’ve also worked with Ek before, adding a detailed awareness and familiar understanding to the dance.

Choreographers are willing to work one-on-one with Henderek to reorganize their work to accommodate the program, not to mention that companies are willing to make the sojourn to Houston when they will not travel elsewhere. Under the direction of Krzysztof Pastor, the Polish National Ballet will be making its first stateside appearance since 1980 with three pieces from larger works. None of the three have been performed for American audiences, which will add another surprise ingredient to the salad, so to speak.

One of Dance Salad’s significant contributions is introducing dance to new audiences. In case newbies are wondering, there’s no esoteric standard of quality for inclusion. The criterion for selection is simple: the dance has to speak. “It doesn’t have to be ballet or modern or contemporary,” explains Ms. Henderek. “It has to say something in the way it uses its music, or the message it is trying to convey, or through the sheer beauty of the movement.” Or in other words of Ms. Henderek’s, “it just has to be good.”