Icon of Style: Dior at DMA 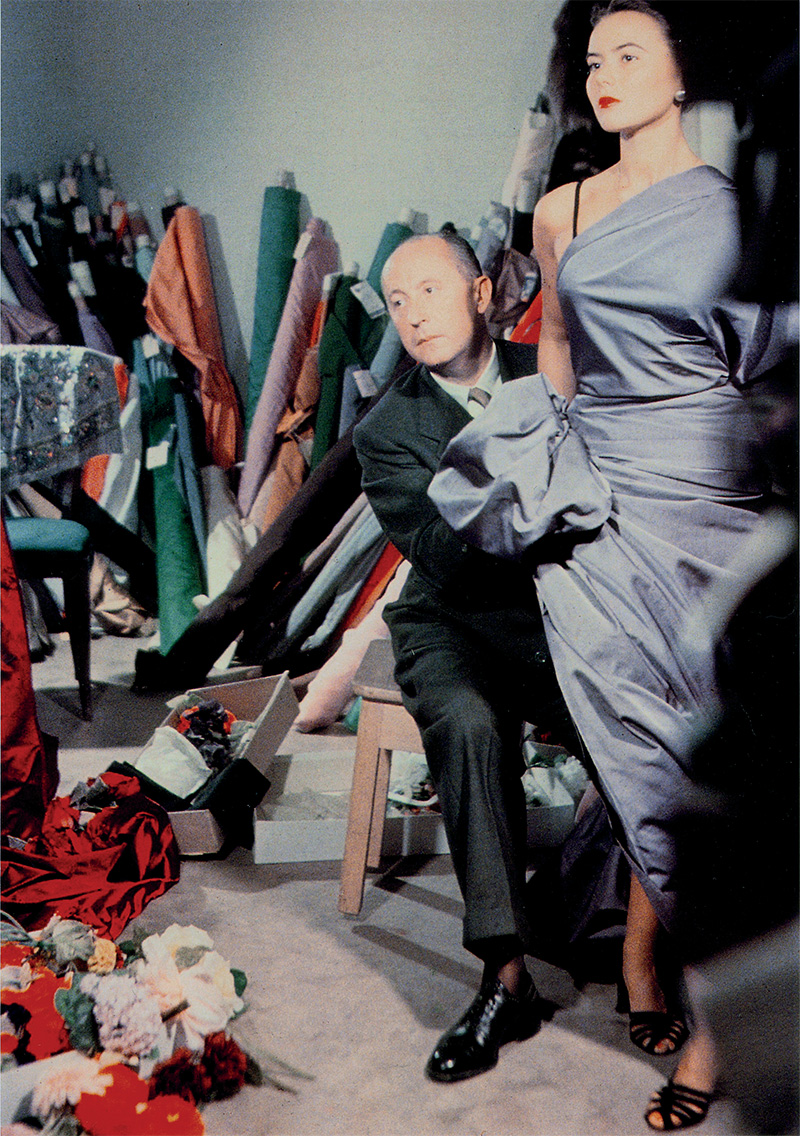 Before the word “Dior” became synonymous with haute couture, before the House of Dior became the global fashion giant and icon of style, Christian Dior, the pioneering designer, ran art galleries and organized exhibitions that featured artists such as Picasso, Matisse, Alexander Calder, Jean Cocteau, Dalí and Duchamp. Dior understood and lived art. Now the remarkable new exhibition at the Dallas Museum of Art, Dior: From Paris to the World (through Sept. 1), showcases the artistic design woven into the fabric of Dior’s individual creations as well as the great fashion house Dior built. 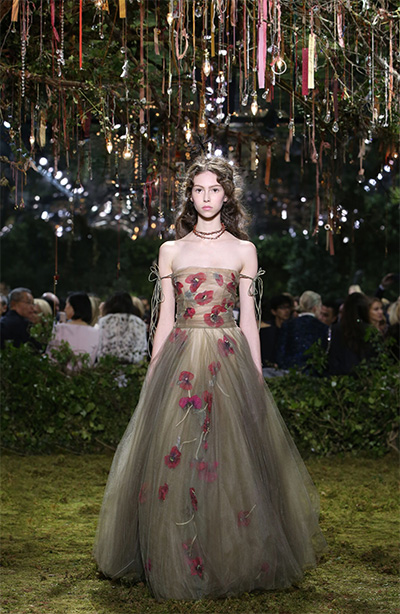 Originally organized by the Denver Art Museum and curated by Florence Müller, the DMA will be the only other U.S museum to bring this retrospective to the public. To get a preview of seven decade scope of this Dior show, I talked with the curator for the DMA presentation, Sarah Schleuning, Margot B. Perot Senior Curator of Decorative Arts and Design, about Dior’s art of design and how this Dallas iteration of the exhibition will offer an exclusive perspective on Dior’s special relationship with Texas.

The expansive exhibition will view Christian Dior and the House of Dior’s creations from a multitude of perspectives, from original sketches, runway videos, archival material and photographs from some of greatest fashion photographers of the last 70 years. The superstars of the exhibition will be the three dimensional art: more than 150 outfits and accessories fashioned from the House of Dior.

“That to me is what’s so exciting about a show like this—the opportunity to see them in person, in the round and start to realize that these are sculptures,” describes Schleuning. “They’re meant to be on a body. They’re not things only to be seen in photographs. When you see them styled the way they were to be worn, you see the movement and artistry in a totally different way.”

Dior: From Paris to the World is organized around central motifs and themes found in Dior’s work, with additional sections showcasing the later artistic directors who helmed the House. The exhibition begins with an eye on the flower-inspired, post-war New Look that emphasized femininity and also explores how the creative directors that came after Christian Dior transformed those initial themes in later years. 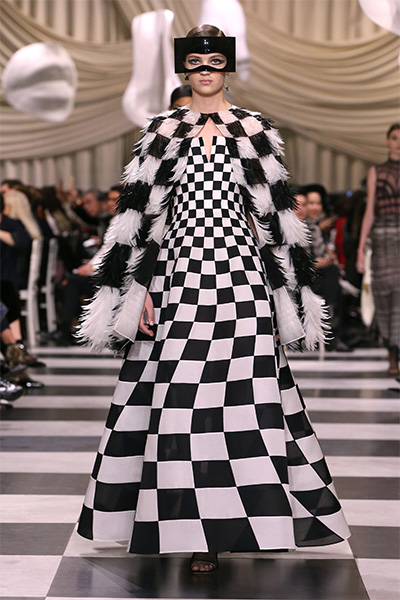 Visitors to the DMA will also get a look at the artistic process—how a designer’s sketch becomes fully realized haute couture through the creative labor of many artisans. Other galleries will spotlight each of six directors after Dior, beginning with Yves Saint Laurent (1958-1960) and ending with the current and only woman director, Maria Grazia Chiuri (2016-present). Within the galleries, visitors can exploring how the designers interpreted Dior’s aesthetic and transformed that signature Dior forms in the later 20th and into the 21st century.

“I think it sets up the thesis that Dior embedded this incredible aesthetic, iconography, and creative identity,” says Schleuning of the exhibition’s chronicling of the designer history of the House. “Then each person continues to mine that archive, but they get manifested in different ways depending on who the creative director is and their point of view and what was interesting to them.”

Another large section of the exhibition examines how Dior was influenced by and referenced continental and regional arts and culture in the individual pieces and collections and how Dior sent that fashion back out into the world.

Within this “Paris to the World” section, the DMA pauses in fashion globetrotting for a staycation in the “Dallas and Beyond” gallery, exploring the city’s prominence in the Dior story, beginning with Dior’s first trip to the U.S. to answer the distinguished service in the field of fashion award call from Dallas. 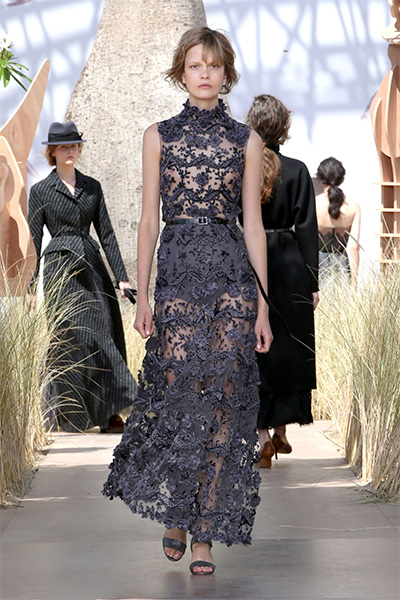 “There’s such a long history from the beginning when Stanley Marcus gave the Neiman Marcus Award to Christian Dior in 1947 in honor of his new look. From there a friendship developed. There’s this continued connection that for us made so much sense and also to Dior that the show would come here and be the great celebration of that continuous relationship,” explains Schleuning, noting that they discovered some illuminating new research and materials at Southern Methodist University going through the Stanley Marcus archives.

Throughout the galleries, the exhibition continues to view the individual pieces as sculpture, while showing how more traditional art media inspired some of the designs.

“There are these continued connections between art work and the artistry within the fashion pieces,” explains Schleuning, describing how they will use artworks from the DMA’s own collection to illustrate the weaving of artistic reference into the work. For example, in the section on Dior director Marc Bohan (1961-89), the DMA will display a Bohan dress alongside one of its great inspirations, Jackson Pollack’s Cathedral.

“There’s constantly that interplay. I feel like that’s very true in life,” Schleuning says of how art, nature and the world gave fuel to the Dior designers’ fashion creations. “Creative people don’t live in isolation. Even today fashion designers are involved with artists, who are involved with craftsmen and makers. Those are just lines we’ve placed on people but there’s this tremendous blur. People are not creating in vacuums, in isolation. They’re always seeking inspiration, inspired by other people, inspired by ideas, mining historic references and contemporary. That’s something that’s very thoughtfully presented in this exhibition, which made it really exciting to bring it to the DMA.”