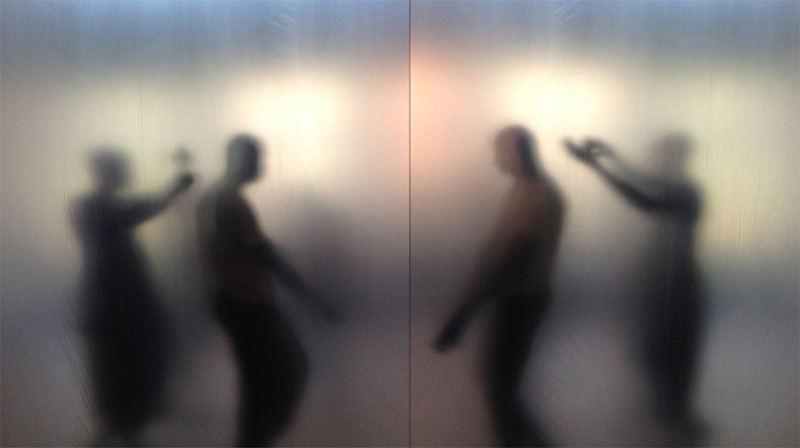 Since 2014, the University of Houston Cynthia Woods Mitchell Center for the Arts’ CounterCurrent Festival has always been almost impossible to define. Less a performance festival than an interdisciplinary contemporary arts festival, CounterCurrent and the artists it showcases refuse to be boxed into physical and even metaphorical spaces and media.

For its sixth year (April 9-14), this impossible, defiant nature seems to have influenced many of the individual artists and projects. Mitchell Center executive director Karen Farber says that while they never program with a particular message or overarching theme in mind, she has spotted some connective journeys or perhaps currents running through this year’s festival.

“There’s this theme of making space for oneself when it seems impossible; impossible bodies, impossible identities, speaking from the margins and making oneself heard,” says Farber.

Max Fields, Mitchell Center program and outreach coordinator, echoes the insight, describing how many of the artists in this year’s festival often begin creating from “a position in the periphery of society,” working “from the margins to create space for one’s own voice.”

Fields should know, as this year he also curates the opening event Ten Tiny Dances: Nightlife. The annual multi-dance performance on a small stage gets a club kid spin in 2019, as most of the featured dancers honed their artistic practice within club culture. Appropriately, the event takes place within the iconic club Rich’s. Many of the artists had to literally make a space for themselves on the dance floors of nightclubs, and yet these performances hold their own place in dance traditions.

“I’m very interested in thinking of the gesture as archive, how a simple flip of the wrist speaks volumes about the history of dances and dance legacies that exist in nightclubs,” says Fields.

Marrying this quest for both space and voice, one of the largest projects in the Festival will come in the form of house and song making. Performer, choreographer, writer, and recently-named MacArthur Fellow, Okwui Okpokwasili, partners with designer and filmmaker Peter Born to produce Sitting on a Man’s Head, an installation within one of the Project Row Houses, which then will “activate” live public performances. Inspired by a Southeastern Nigeria women’s protest practice of confrontation through vocal lament, Okpokwasili and Born will collaborate with local Houston artists to create communal songs.

These themes of space and song continue to resonate and transform throughout the festival in dynamic ways. Composer and Long String Instrument builder Ellen Fullman returns to the University of Houston to perform The Watch, Reprise, 2016, within the atrium of the College of Architecture and Design building, while also turning it into her instrument, essentially playing her composition on the Philip Johnson-designed building itself.

While many of performances and programming wrestle with big ideas of making space for oneself and art, some of the events and projects connect in additional ways of setting or concept. For example, both Tia-Simone Gardner’s Salt Water Sweet Water and Ganzeer: Perpetu-War will use Buffalo Bayou as a site for the art, while likely helping festival-goers see our familiar landscapes and spaces in new ways.

Gardner, who has embarked on a series of research and art projects investigating the historical relationship between waterways and the slave trade, will create a camera obscura sculpture on Allen’s Landing. Further down Buffalo, storytelling and design artist Ganzeer erects the speculative installation, Perpetu-War, on a former tank manufacturing center and shipping warehouse site. Adding another thematic element to the piece, festival-goers will need to view the work from a bayou-width distance, across the water at Tony Marron Park.

CounterCurrent will also help extend Latino Art Now! beyond its April 4-6 set conference dates by showcasing two LAN! artists. The lecture-performance by the transdisciplinary artist, Awilda Rodríguez Lora will add additional facets to her work featured in the DiverseWorks exhibition Collective Presence, which coincides with LAN!.

Poet, essayist and performer Jennifer Tamayo does triple duty in the festival. As a UH resident artist, hosted in conjunction with LAN!, Tamayo will teach and engage with the creative writing students during March. She will then participate in Ten Tiny Dances, and create the installation, LA QUEERADORA at the MATCH with a live performance component each day.

Faber says no matter what thematic currents pull the festival in a given year, she’s always thinking of the audience as well as the artists.

Perhaps this is the reason so many of the projects call for the audience to become participants, questioners or at the very least wanders within those spaces the artists construct. This year Ten Tiny will lead directly into an opening dance party celebration with a DJ set from Wild Moccasins. The performance aspect of the Sitting on a Man’s Head project will invite visitors to the installation to engage with the song and activators. And many of the installations and performances, like Salt Water Sweet Water, ask the audience to enter and become a part of this newly defined and claimed space. By entering the UH College of Architecture and Design atrium for The Watch, Reprise, 2016, the audience also enters Fullman’s instrument. (Fullman also performs as part of the Soluna Festival’s The Language of Nature on April 24.)

Farber also notes that several of the lecture/performance events during CounterCurrent ask the audience to engage, including We Been Did That: A survey of radical happenings, performances, and interventions from Houston’s black/POC arts community (2010-2016) from MF Problem (Autumn Knight/ Robert Pruitt). That line of separation between audience and artist perhaps disappears most completely during Current Conversations, a daily noontime conversation across disciplines organized by Houston artist Carrie Marie Schneider.

Continuing to find possibility from the impossible, CounterCurrent allows the artists to bring the audience into seemly impossible spaces, perhaps even to see across bayous of time.

“We’re allowing the artists to lead us,” say Farber “We know that what artists are working on right now is going to tell us something about where we are in terms of our society, our culture, that we might not know already.”