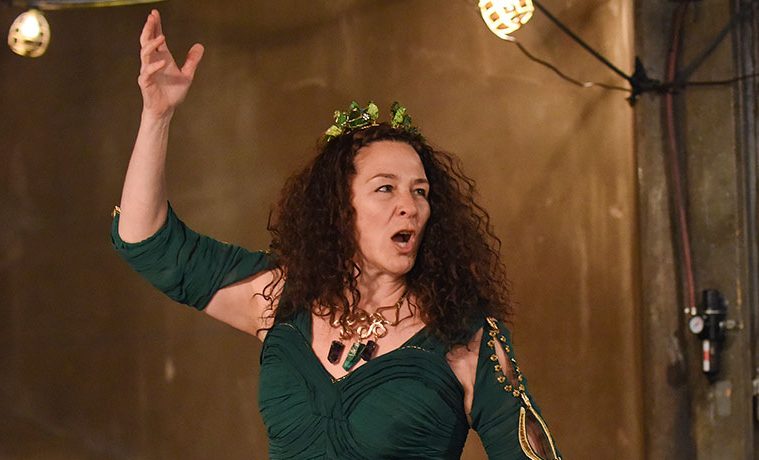 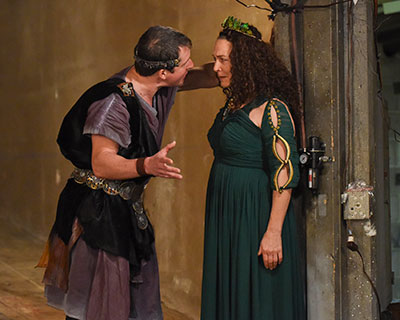 Ever since he became artistic director of Dallas Theater Center in 2007, Kevin Moriarty has been shaking things up. From rolling his audiences around as a “human tornado” during The Wiz to streamlining and modernizing the holiday classic, A Christmas Carol, his inventive approach to theater has drawn applause across the nation, as DTC-born shows have gone on to play Broadway, The Public Theater, Trinity Rep, and Playwrights Horizons, to name a few.

Next up in the company’s 2014-15 season are two classics performed in repertory: Medea  and The School for Wives, through March 29. Knowing Moriarty, the productions will be anything but traditional. But why, when the company’s focus has been on developing new work, look to the past? One reason is DTC’s new multiyear Classical Theater Initiative, but another is the desire to present full-scale, professional productions of traditional plays.

“Medea is one of the greatest classical tragedies,” says Moriarty. “It was first written and performed in 431 BC, so it has managed to survive and be relevant for 2,500 years. It’s got incredibly great roles for actors to dig into. It’s got a forward-moving plot that grabs the audiences and doesn’t let go. It’s got amazingly beautiful, poetic language. But, beyond all that, it still speaks very powerfully to the 21st century world in which we live.”

In particular, the treatment of women in the plays interested Moriarty. “Unfortunately, in much of the world today, women are denied even the most basic of human rights. In many places women can be jailed or even killed for asserting their free will about how to dress, who to marry, or the right to an education,” Moriarty explains. “In Medea, a strong-willed, powerful woman (played by Brierley Resident Acting Company member Sally Nystuen Vahle) experiences a great injustice when her husband (Chris Hury) abandons her and her children to marry a younger, more powerful woman. But she is denied access to any normal forms of justice; instead, she and her children are simply left to die alone. Rather than submit to certain death as a victim, she determines to bring about justice herself—a justice that turns into vengeance.”

He points out that this cycle of oppression and injustice leading to vengeance, which then leads to even more cycles of subjugation and violence, “is all too prevalent in the modern world, as it was in the ancient world.” Moriarty insists that when an ancient play is as good as Medea, it doesn’t take a lot to make it relevant for today’s audiences. DTC’s production will use an unedited script and be set in Ancient Greece, with the actors wearing traditional Greek costumes. “But the actors are bringing a ferocious intensity and complete realism to their characters, as if approaching a brand-new play written today,” stresses Moriarty. “The results are explosive.”

It wouldn’t be a Moriarty show without some sort of twist. 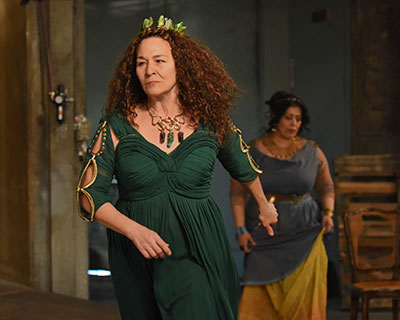 “The play is being performed in the basement of the Kalita Humphreys Theater, for a very small audience that will be thrust into the play,” he reveals. “As soon as the audience enters the space they will feel the power of being in a place that isn’t intended for the public to see—it’s brutal, oppressive, and well worn. Into this space the Ancient Greek characters will come to life and confront the audience in a very intimate, powerful way.”

How intimate? Moriarty’s early 2014 staging of Oedipus el Rey, which put its deliberately small audience practically in Oedipus’ and Jocasta’s laps, is a good touchstone. “As with much of the work that I do, the audience will be very close to the action, which will happen in front of and around them,” Moriarty explains. “And the audience won’t be ‘invisible’ to the actors, who will speak directly to them. For instance, rather than cast a full Greek chorus of actors to play the women of Athens, as Euripides did, we are casting the audience in this role. To make this even more powerful, we are going to group all of the women in the audience together in the first few rows, so Medea can speak directly to them about her experience, leaving the men in the audience to watch as outsiders while her vengeance takes place.”

Euripides’ bloody tragedy and Moliere’s farcical sex comedy may seem like an odd pairing, but according to Moriarty they are each other’s perfect antidotes. “I thought it would be great fun for me as a director to work with one group of actors on both a hilarious comedy and a very dark tragedy at the exact same time. Each day in rehearsal we jump back and forth from silliness to violence,” he says. “Additionally, it’s fascinating to see how male writers in Ancient Greece and in 17th century France portrayed the role of women in their societies. In each play, a woman is denied equal access to justice and determines to take matters into her own hands—though with very different results!”