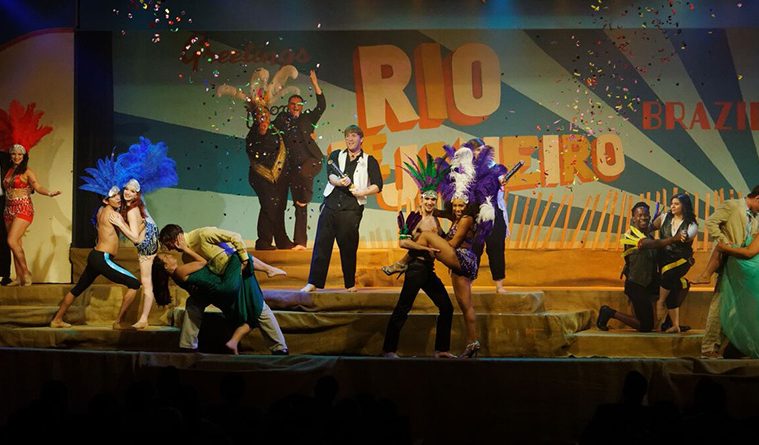 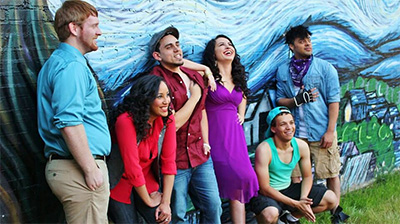 In the Heights
Photo by Adam Adolfo.

Calling Artes de la Rosa “just a theater company” is like calling a certain Swiss tool “just a knife.” The Fort Worth organization actually defines itself as a cultural center for the arts, and it didn’t even encompass theater when it was originally founded.

“Originally, Artes de la Rosa was known as the Latin Arts Association of Fort Worth,” says artistic director Adam Adolfo. “And while we do still celebrate Latino arts and culture, we’re more about the diversity of origin—Mexican, Cuban, Puerto Rican, Dominican, South American—and media. We have an art gallery and an award-winning youth program; we screen historic and mainstream films (mostly in Spanish or Portuguese languages), and do a full theater season. We’re not one thing specifically, and sometimes that’s hard for people to wrap their heads around.”

The goal is to be ready to cover any type of culture, in any medium, at any time. That’s a tall order for an organization that most people outside of its North Fort Worth neighborhood may not be familiar with at all. “A lot of the art and culture in Fort Worth is in the Arts District,” notes Adolfo. “Artes is in the backyard of the Latino community, and having a place like that here gives the residents a sense of acceptance and understanding.” 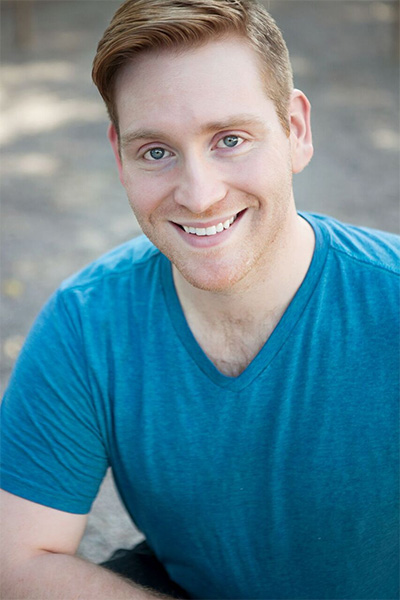 Joshua Sherman stars in the role of Edward Bloom in the upcoming Arts de La Rosa production of BIG FISH: The Musical, March 4 – 20. Photo courtesy of the artist.

So, are the shows always in Spanish? It’s a question Adolfo says he gets asked a lot, and his response is indicative of the melting-pot society North Texas has grown into. “We’re a Spanglish society,” he says. “And my main goal with everything we do is to make mainstream art that is Latino, and to make Latino art mainstream.”

That includes regularly taking American classics and giving them an ethnic spin, while employing true colorblind casting; they’ve produced Tennessee Williams’ Cat On a Hot Tin Roof, for example, as well as Arthur Miller’s A View From The Bridge, Shakespeare, even Sondheim.

“Our production of Into The Woods featured a Latina Cinderella with a black sister and an Italian mother,” recalls Adolfo. “This was before the film came out, so for many of our audience, this might have been their first encounter with Sondheim.”

The focus for Adolfo is simply telling a great story, and making it accessible to all audiences. Sometimes that results in Romeo & Juliet set in a Cuban casino on the eve of the island’s revolution, or using songs by Gloria Estefan and Shakira to punctuate scenes in Twelfth Night. The musical that’s opening the 2016 season on March 4 doesn’t seem an obvious choice for the company, but Adolfo immediately saw Latino themes in the material.

“Big Fish is, at its core, about a father/son relationship,” he says. “It’s about family and, ultimately, storytelling. That’s exactly what we do.” It’s a bonus that Artes will be premiering to North Texas a more intimate version of the script (Casa Mañana’s recent production used the original Broadway book), with only 13 actors instead of a few dozen. The Drama Desk-nominated score remains intact.

Spanish filmmaker’s Pedro Almodóvar’s acclaimed Women on the Verge of a Nervous Breakdown was the inspiration for a Broadway musical of the same name, and it fulfills the summer spot in Artes’ lineup, opening July 22. Two plays, Welcome to Arroyo’s by Pulitzer Prize nominee Kristoffer Diaz and a bilingual version of The Vagina Monologues round out the season in May and September, respectively. 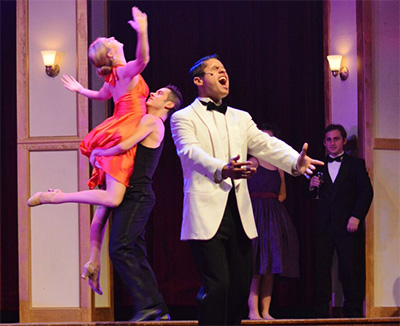 As for the other arms of Artes, the mission is just as ambitious and inclusive. The recent art exhibit The Kimbell on Fleek by Ricardo Paniagua took salvaged billboard advertisement vinyls used by the Kimbell Art Museum and made them into abstractions of Caillebotte, Monet, and Van Gogh. “On fleek,” for those who don’t know, means “fresh,” “on point,” or “very good.”  Says Adolfo: “This was something familiar reinvented as new and different; that’s what I do in the theater world, and now we can do it in the gallery world too.”

Perhaps nothing is more familiar to the neighborhood than Artes’ home, the Rose Marine Theater, an entrant on the National Register of Historic Places and a fixture since it opened as a movie house in the early 20th century. It later fell into disrepair, but in the 1990s city councilman Louis Zapata made it his mission to restore the important theater. Zapata passed away in 2014, but his legacy is honored with the newly-formed resident acting company that’s named for him.

With six members its first year, and a different five for 2016, the company allows Adolfo to continue to tackle ambitious projects by partially casting them far in advance. “The goal is to have the acting company reinvent itself every year,” explains Adolfo. “That’s also pretty much my mantra as a director and artistic director: Always be looking for a new way to see something.”