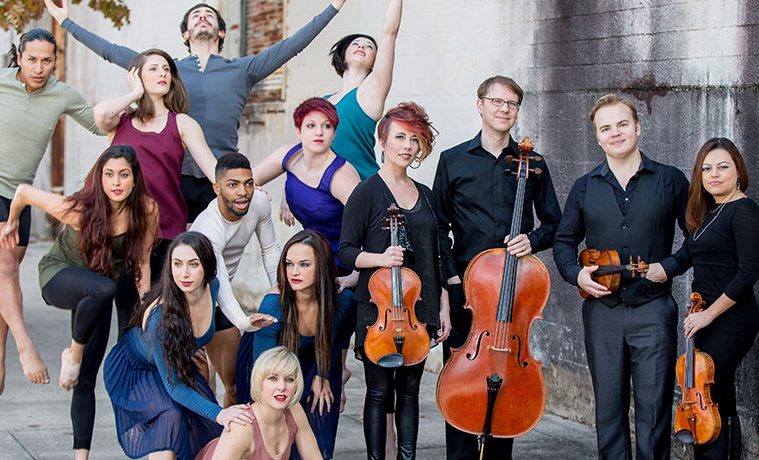 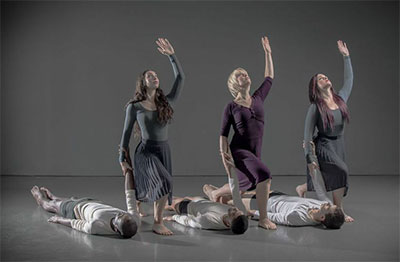 METdance in The Vessel
Photo by Ben Doyle.

Ask any dancer and they’ll tell you there’s nothing quite like dancing to live music.  METdance’s last season included no live music, but that auditory drought ends on April 10 when the company joins the Apollo Chamber Players at the Wortham Center’s Cullen Theater for a program that includes resident choreographer Kiki Lucas’ audience favorite The Vessel, and a world premiere by Jessica Hendricks. “We have a new group of dancers who were looking forward to dancing to live music,” says artistic director Marlana Walsh Doyle. “There are so many music lovers in Houston, and live music is rare with contemporary dance.”

In revisiting The Vessel (2013), with music by Ben Doyle, METdance sought out a chamber orchestra that was interested in collaborating with dance. “We talked to a couple of different groups, and we really enjoyed Matt [Detrick], the director of the Apollo Chamber Players,” says Walsh Doyle. Detrick agreed to play the live accompaniment for The Vessel, and in return the Hendricks’ world premiere would be choreographed to music selected by Detrick, including O Sole Mio and Salento Pizzica, Italian folk songs arranged by Apollo Chamber Players and featured on the group’s European Folkscapes album, including Fantasy on Bulgarian Rhythms by Rice faculty composer and Musiqa member Karim Al-Zand, and Splash of Indigo by Texas A&M faculty composer Marty Regan.   Both Al-Zand and Regan’s work were part of Apollo’s 20×2020 commissioning project.  This is the first time Apollo has collaborated with a dance company. “It’s not every day that music not originally intended or written for other mediums like dance is integrated into other art forms,” says Detrick. “It speaks to the power and permeability of music and dance.” 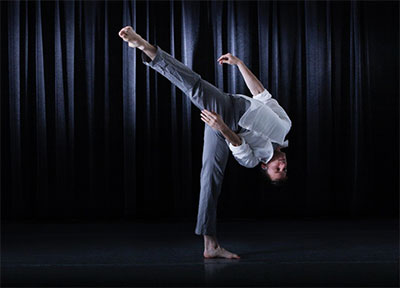 After their April concert, METdance will start rehearsing for Sizzling Summer Dance, the company’s annual June show at the Miller Outdoor Theatre. This year, the company will present a new work by technologist and choreographer Sydney Skybetter. The piece is still in its developmental stages, with Skybetter planning to set the work later this spring. “I am so excited to be making a work for her ferocious dancers,” says Skybetter. “The piece is going to be ridiculously fun. I’m pulling together some of my favorite music of all time—everything from WHAM! to French disco—to make a dance about gestural communication gone awry. It will be informed by my recent research in human/computer interfaces. I’ve been talking with nerds around the world about how gesture-reading technologies like the Apple Watch (among others) enable and complicate interpersonal communication, and this dance for the MET is the first creative outgrowth of this research.”

Sizzling Summer Dance will also see work by Margot Gelber, the winner of METdance’s 2015 Emerging Choreographer Commission. This celebration of new dance works will be underscored by the departure of resident choreographer Kiki Lucas, whose piece has been ten years in the making. Her departure recalls the bittersweet exits of five MET dancers last summer, which ushered in the current season with a predominantly new company. METdance closed last season with a performance on Jacob’s Pillow storied Inside/Out stage; the rare honor provided a sense of closure for Walsh Doyle. “Being invited back was nice, because it typically doesn’t happen. It was an amazing experience that I can’t really describe, because every time you go back it’s a little different. It was a great way to close out the season, and also to fire me up for the next generation of MET dancers.” 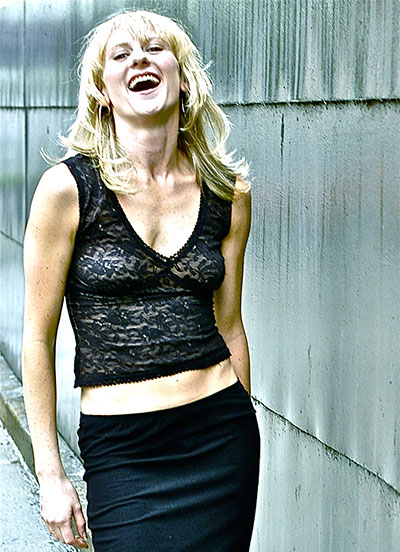 The first half of the season had its fair share of road-bumps, with the new out-of-towners having to pick up the pulse of the city, but the native Houstonians were there to help every step of the way. The result was a successful first show in November, and the company has been getting stronger ever since.

Walsh Doyle recently wrapped up a New York City audition in search of one male and one female dancer to add to the roster. 103 dancers showed up to the audition, indicating an increasing demand for dance jobs; combined with the thirty dancers who auditioned at the MET’s recent Houston call, Walsh Doyle noticed a broad range of applicants. “I wanted to hire them all, because they were all obviously talented,” she says. “We had a lot of college students, and a lot of people who had auditioned for us in the past. Then there are a slew of video auditions to go through.”

With high-profile new works coming down the pipeline, including a piece by the acclaimed Joshua L. Peugh, artistic director of Dark Circles Contemporary Dance and named one of Dance Magazine’s 25 to watch, and New York choreographer Camille A. Brown next year, there’s a lot of momentum at METdance. The organization is approaching the second anniversary of its new home on 2808 Caroline, and a birthday party is in the works that includes a day of free-to-the-public dance classes. “We’ve learned alot in two years,” observes the always-enthusiastic artistic director. “Our adult and children’s programs have really grown. The new dancers are finally jelling. Weights + Measures opened, and it’s really cool to have them in the building. We’re really supporting the community and Midtown, and they’re thankful that we’ve transferred our clients and students here.”