Movement in Time and Space: Summer at the MFAH 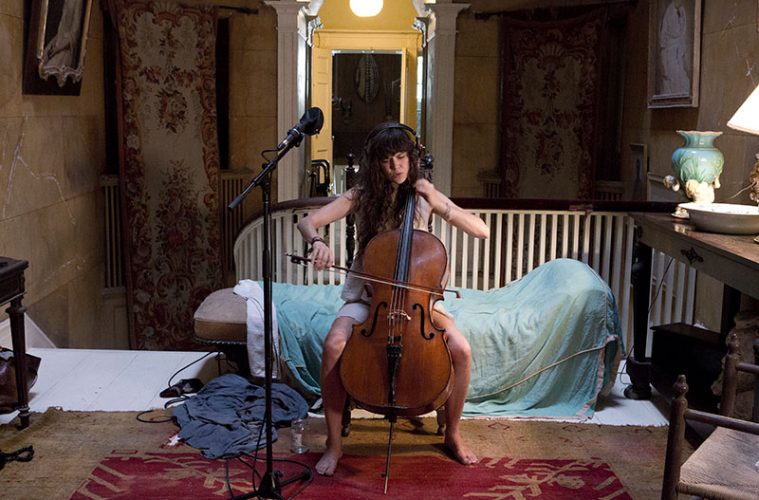 In 2013 with James Turrell: The Light Inside, the Museum of Fine Arts, Houston began a unique summer precedent, presenting an immersive contemporary art exhibition and inviting the public to beat the heat, not merely to view but to journey inside the art.  That immersive tradition now enters its seventh summer with William Forsythe’s Choreographic Objects (through Sept. 15). Yet this year, one exhibition isn’t enough for the MFAH as they add a second major immersive piece: Icelandic artist Ragnar Kjartansson’s The Visitors (July 20 –Sept. 2) along with two photography exhibitions, Icons of Style: A Century of Fashion Photography (through Sept. 22) and Shooting the Moon: Photographs from the Museum’s Collection 50 Years after Apollo 11 (July 20–Sept. 2) to top off the summer art fun. 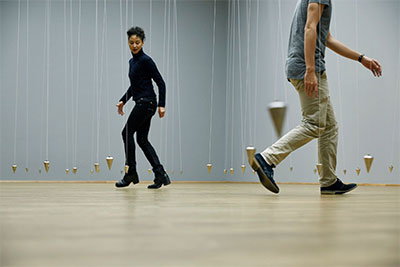 At first glance these very diverse and disparate exhibitions don’t appear to have much in common, except to offer a bit of contemporary art for every age and taste. Yet once they all arrive to make their summer home at the MFAH, we might find that together they make us pause to contemplate a moment, and our place in time and space.

The signature summer immersive exhibition, Choreographic Objects, consists of four separate pieces, as well as videos lectures from Forsythe, which can be viewed in the MFAH library. One of the giants of contemporary dance choreography, Forsythe’s visual art installations repeatedly ask the viewer to participate, to become both co-creator of the art and perhaps for a few minutes to become a part of the artwork itself.

The two large scale works, Nowhere and Everywhere at the Same Time, No. 2 and City of Abstracts (2000) in particular embody this participation practice. Nowhere and Everywhere fills the theater-like Cullinan Hall space with hundreds of silver plumb bobs hung by string from a motorized grid frame in the ceiling. That grid moves, setting the weights to lightly swing, then increasing the intensity over the course of about 30 minutes. Watching from outside, the motion of the bobs begins to resemble waves lapping a shore, but Forsythe’s real objective is for the viewer to enter the work and move within it.

Alison de Lima Greene, the Isabel Brown Wilson curator of modern and contemporary art, says in an era when we spend so much time looking down at our phones, Forsythe’s works require us to think about our own movement in the world.

Standing in front of City of Abstracts (2000) a large video wall installed near the entrance of the Law Building, visitors are enticed to become very conscious of how their bodies move, as the piece records the people and objects in front of it and plays back the images on a time delay of a few seconds. Within that delay, bodies become stretched, spiraled and turned into waves of motion. The watery comparisons continue with Analogon, a video loop of strawberries immersed in a jet of water, set into a kind of fruit dance, so it becomes impossible to count how many spin within the bowl. The last work, Towards the Diagnostic Gaze consists of a simple feather duster and asks the viewer to attempt an impossible feat, hold it perfectly still.

“Forsythe says there’s the geometry of all our motions,” explains Greene, adding that the exhibition might cause museum-goers to change those going habits. 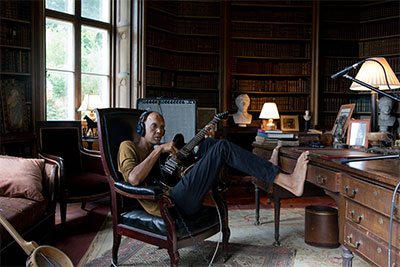 “So much of when people come to the museum is about walking past a work of art quickly. They’ve done studies that most people only look at a piece of art for few seconds. I hope that after people experience these installations they’ll feel grounded in time and perhaps slow down a little bit when they go to other parts of the museum.”

MFAH director Gary Tinterow believes people will not only slow down to watch Kjartansson’s The Visitors but might even find themselves sitting on the museum floor mesmerized by this 30 minute performance of one song over nine video screens. Each screen focuses on one musician—a cellist, pianist, banjo player, accordionist, drummer, and two guitarists in this ensemble which plays simultaneously but in different rooms of the historic Rokeby Farm House in Hudson Valley, New York. Viewers becomes audience with agency, as they can choose to stay close to one screen, thereby focusing on one room and musician, or can find a spot in the gallery to take it all in at once.

“It’s sort of emblematic of the Woodstock generation, the retreat from urban culture and the idea of coming together and singing, communicating through music but also being separate as we all are in our lives, having our own identities and our own way to sing the same tune,” explains Tinterow on the nature of the piece and experience.

Kwame Brathwaite, Untitled (Photo Shoot at a School for One of the Many Modeling Groups Who Had Begun to Embrace Natural Hairstyles in the 1960s), c. 1966, archival pigment print, the Museum of Fine Arts, Houston. © Kwame Brathwaite.

But if any exhibition expresses the immediacy of the now (and the then), it’s Icons of Style and its chronicling the influence of photography on fashion and vice versa, through the photographic visions of beautiful people and the beautiful cloth sculptures they wear. From Marlene Dietrich to Beyoncé, Cristobal Balenciaga to Anne Klein, Man Ray to Tyler Mitchell, the exhibition examines how performing artists, fashion, art photography and perhaps time itself can be distilled in an image.

Icons of Style also aids in keeping the museum’s promise of a place for all people.

“It’s an exhibition that fashionable women will enjoy but also for young people, deeply involved in contemporary culture. They will recognize their stars and their street fashion in the exhibition,” says Tinterow. “We’ve added that component; it’s not just haute couture, we bring it down to the street with a representation of diversity that mirrors Houston.”

The final big summer exhibition certainly keeps with the space/time theme. Drawing from the museum’s works of lunar art and space imagery they’ve been collecting since the ’60s, Shooting the Moon celebrates the 50th anniversary of Apollo landing. Tinterow notes the museum has one of the most extensive collections of serious artists thinking about “the role of space and moon and astronomic endeavors.”

While each exhibition will be its own unique experience, Greene believes they do have commonalities. 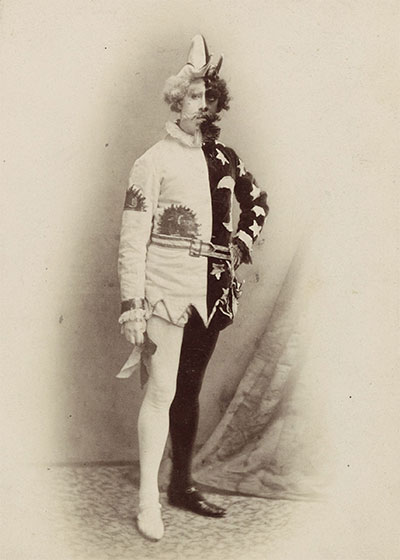 “Ultimately they’re all about time, movement in time,” Greene finds. “Time is the fourth dimension in Forsythe. Particularly with the grid in the pendulum piece, you become very aware of the space around you. With The Visitors it’s a 30 minute performance piece and the same musical phrase is reinterpreted over and over again with themes and variations. The Moon of course is about the lunar cycle and temporal cycles. And then if you’re talking about fashion it’s all about the moment. It’s about the now.”

While we might want some light, breezy art to fill our summertime, Tinterow thinks no matter the subject matter great art “will prompt reflection on who we are.”

But as we dance our way through a tide of pendulums, view the man on the moon, listen to the song from another room and keep our eye on the fashion of the day (and yesterday), we might very well contemplate with joy those existential questions of who we are, where we’ve been, and where we’re going, in style.