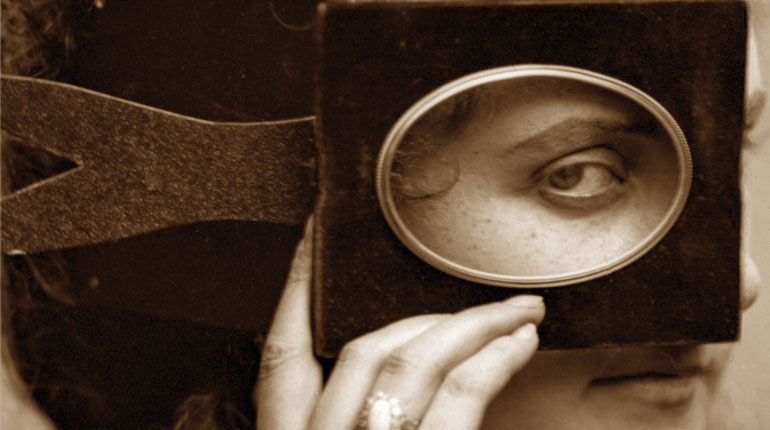 Art historian Farid Abdelouahab’s Muses: Women Who Inspire (Flammarion) is more than just a superb collection of black and white photographs. It is a thoughtful and intelligent paean to thirty-two women – some famous, viagra 40mg some obscure – who captivated some of the greatest male artists, recipe photographers, writers, and cineastes of the nineteenth and twentieth century.

“I wanted to present a history of modern female muses who were for the most part autonomous but who were also at center of the major avant-garde movements,” he says, speaking from his home in Paris.

Abdelouahab himself is also independent, but very much attached to the French art world. When he is not writing, he works as a contract art exhibition coordinator for museums and for governmental organizations such as the French Ministry of Culture.

Abdelouahab deliberately chose to structure his book chronologically rather than thematically. One of his aims was to intertwine the lives of the women he discusses with the history of photography, which began in the mid-1820s when a French inventor named Joseph Niépce created a camera that produced the first permanent images.

“[My] history, which begins [in the 1830s] with Georges Sand, is synchronous with the birth of photography, and [in particular] black and white photography,” he explains.

That the book ends with Giulietta Masina, a figure who came to prominence in the aftermath of WWII and during the 1950s is also no accident. For Abdelouahab, the period immediately following the one represented by Masina marked the beginning of a time when females associated themselves (or became associated with) passing fads in a society that had become fixated on celebrity and status.

“I was anxious to present muses rather than confidantes,” he says.“[By that I mean women who] evolve[ed] with the artistic and literary currents of the time. The last thing I wanted to do was focus on female stars who [merely] inhabited the worlds of show business and fashion.”

Interestingly enough, not one but two women were behind the writing of this book. The first is Anita Conti, a female oceanographer. She is not included in Muses; however, it was her photographic work that led Abdelouahab to the study of travel photography, an area that has since become his specialty.

The second is Lee Miller, the American model who worked – and for a time lived – with Man Ray. She is one of the women he discusses in the section on twentieth century female figures.

“[Miller was a courageous individual] who freed herself from the status of muse to become a photographer and author,” he says. “[It was after I read about her] that, bit by bit, I built the ‘family’ of female muses in this book.”

Abdelouahab’s admiration for this brilliant muse-turned-artist is boundless. But the figures he counts among his favorites are the ones who never received the recognition that others such as Miller attained.

“[Take, for example,] La Goulue or Kiki from Montparnasse,” he says, referring to two of the lesser-known muses he discusses in his book. “After all the excitement that came from being on stage, photographed, and lionized at high-class parties, they ended their lives in abject poverty, lost to alcohol and drugs. All that remains are the works that celebrate their youth and beauty.”

For Abdelouahab, muses are “the beating heart” that infuse all of art history – as well as his own contribution to it – with life. But it is the relationship these females have with their artist-patrons that he is most interested in illuminating.

“[Their] union is a strange one,” he remarks. “[And that is] because it’s [so indeterminate]. Sometimes it’s ambiguous and sometimes it’s perverse. Often, though, it’s dominating and destructive.”

However difficult, that relationship is ultimately a very necessary one. Just as masculine and feminine energies need each other to procreate, so, too, do artists need the complex interactions they have with their muses to create work that will live beyond them.
“Artists are really humble links in a chain,” says Abdelouahab. “The sacredness of the creative individuality is just another deception, a modern myth in the service of the greater market. Without others, [artists] are nothing.”