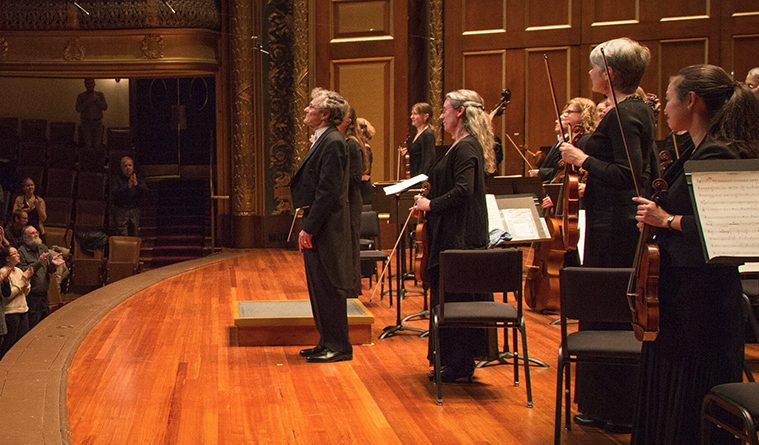 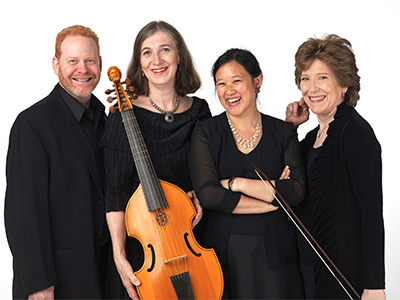 What makes Heinrich’s Biber’s Mystery Sonatas so strikingly unique? Not one of the set of 15 sonatas has the same tuning, all but one requiring the retuning of strings on the violin, or scordatura. The most jaw-dropping is Sonata XI, depicting the Resurrection, where the middle two strings are literally criss-crossed to present a symbolic image of the cross.

Avant-garde experimental music or Baroque masterpiece? The answer is both. Thanks to Houston Early Music (HEM), audiences will have the chance to hear this astonishing work in its entirety when HEM presents members of Boston Baroque, violinist Christina Day Martinson and harpsichordist/organist Martin Pearlman, at Rice University Shepherd School’s Duncan Recital Hall on May 5.

In his notes on the Mystery Sonatas, Martin Pearlman, founder and director of the venerable period instrument ensemble Boston Baroque, explains that the purpose of Biber’s extreme use of scordatura is not only that the violinist can play chords that are normally impossible on the instrument, but more importantly, that the instrument resonates differently for each sonata. Imagine the possibilities–the greater tension created by retuning the strings higher, a brighter, darker, or unusual sound color, sympathetic resonance with open strings, or the violin itself made to sweat and suffer through dissonant tunings.

It is very rare to hear a complete live performance of the Mystery Sonatas. As a set it is one of the most challenging works in the Baroque violin repertoire, not only in its technical experimentation and virtuosity, but also in its deep emotional scope. Each sonata depicts one of the mysteries of the Rosary, meditations on episodes in the lives of Jesus and Mary. Even more extraordinary is that each is paired, in the single surviving manuscript copy dating from the 1670’s, with a circular copper-plated engraving (roundel) depicting the events that inspired each sonata. Biber, one of the greatest virtuoso violinists of the Baroque, was working at the time for the Archbishop of Salzburg, who was a member of the Confraternity of the Rosary in that city. 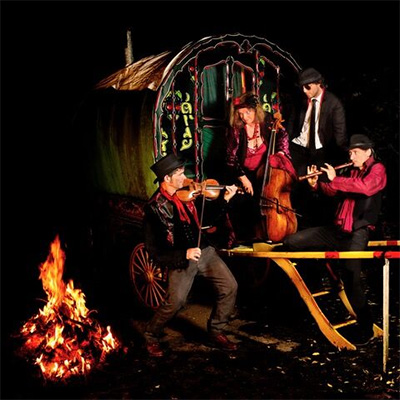 Red Priest performs The Baroque Bohemians: Gypsy Fever from Campfire to Court on Nov. 6 at Christ Church Cathedral. Photo courtesy of the artists.

The 15 sonatas are divided into three sets of five—Joyful Mysteries, Sorrowful Mysteries, and Glorious Mysteries. A full performance of the sonatas, plus the unaccompanied Passacaglia included as the final piece in the manuscript copy, clocks in at about 2 ½ hours. Pedro Funes, President of HEM, was quick to point out that besides the two performers, there will be an assistant backstage retuning the multiple instruments to be used on stage. With all the changes in tuning from one sonata to the next, and the instability created by putting the strings under varying tensions, it will be a full-time job to coax the instruments to stay true. It will be Martinson, the seasoned concertmaster of Boston Baroque, who will take up the daunting task of conquering all the technical challenges of these crazy pieces to bring us an intense, exhilarating experience. “Wait until you hear these pieces live,” says Funes. “It hits you. It’s such great music–so powerful and deeply emotional.”

As the city’s only organization dedicated to presenting internationally acclaimed early music artists and ensembles to Houston audiences, Houston Early Music will be celebrating a milestone 50th anniversary next season with a blockbuster lineup.

An Election Day concert on Nov. 6 at Christ Church Cathedral is sure to heat up the races as the rollicking and decidedly unconventional early music group Red Priest brings its wild Bohemian vibe all the way from the UK in a show titled The Baroque Bohemians: Gypsy Fever from Campfire to Court. Plenty of crazy, madcap fun awaits the audience as connections between gypsy musicians and master Baroque composers are explored.

New York City’s premiere viol consort Parthenia will ring in the Christmas season with An Elizabethan Christmas on Dec. 1 at Christ Cathedral, featuring soprano Sherezade Pantaki, a Houston favorite. Carols and motets by Queen Elizabeth’s favorite composer William Byrd will be featured along with music by other luminaries of the English Renaissance in celebration of the Christmas season from Advent to Epiphany. 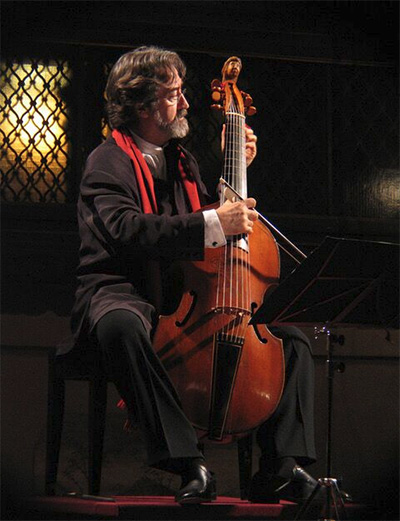 Jordi Savall, the internationally acclaimed viola da gamba virtuoso, performs on March 1, 2019 at the Cullen Theater in the Wortham Theater Center in a program co-presented with Da Camera of Houston. Photo courtesy of the artists.

Perhaps the highest profiled artist coming into town next season is Jordi Savall, the internationally acclaimed viola da gamba virtuoso who has been one of the most influential figures in early music since the 1970s. His work on the 1991 Alain Corneau film Tous Les Matins du Monde, about French Baroque composer Marin Marais and his mentor Sainte Colombe, inspired a generation to fall in love with the viola da gamba and its rich repertoire. Savall will be joined by artists of Le Concert des Nations, the period-instrument orchestra founded by Savall in 1989, in a program that captures the enchantment of the film with music by Marais, Sainte Colombe, as well as Lully, Couperin, and others. This program will be co-presented with Da Camera of Houston on March 1, 2019 at the Cullen Theater in the Wortham Theater Center downtown.

HEM will conclude its celebratory 50th anniversary season with rousing fanfare. San Francisco-based Dark Horse Consort, an ensemble dedicated to exploring the majestic Renaissance and Baroque repertoire for brass instruments, will bring to Houston the Tower Music of the Stadtpeifer. This is the flamboyant brass music played by German municipal bands (Stadtpfeifer) who kept the Hours by performing in the tower at the city center or at major civic events. Co-presented with Bach Society Houston, the concert will take place at Christ the King Lutheran Church on May 31, 2019.

This is an exciting time for HEM as an organization, celebrating its past accomplishments and envisioning future possibilities. Executive Director Deborah Dunham, herself a distinguished early music performer on the bass viol in many of Houston’s early music ensembles, is looking forward to steering the organization to take on a leading role in the Houston early music scene. For 50 years HEM has been the leading cultivator of Houston audiences’ taste for early music. “Houston has a very discerning ear for quality music,” observes Dunham. “As a musician it is thrilling to see audiences come to hear this repertoire.”