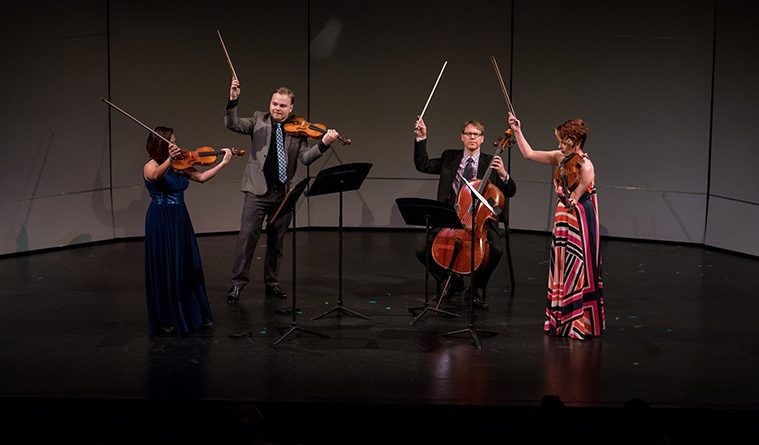 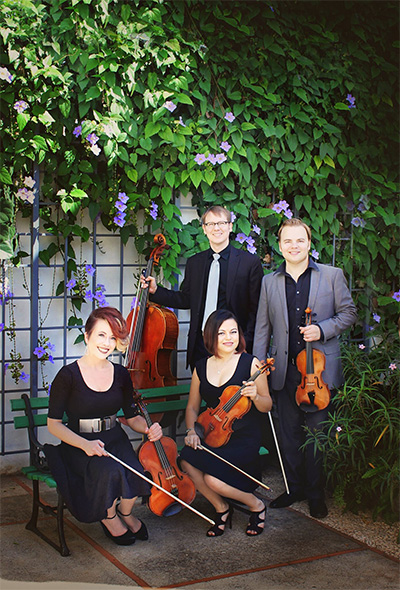 The 10th Anniversary is an important milestone for any arts organization. For Apollo Chamber Players‘ founder and artistic director Matt Detrick, Hurricane Harvey’s devastation took precedence, and helping Houston recover became a top priority. Thinking on his feet, Detrick has organized an impromptu benefit concert for hurricane relief with Musiqa and Jazz Forever on Sept. 8 at the MATCH. All proceeds from this event will go towards the Harvey Relief Funds via Greater Houston Community Foundation and Catholic Charities of the Archdiocese of Galveston-Houston.

Apollo’s connection to the community is part of what makes the Houston arts scene so strong and resilient. It is a good time to reflect on the journey that has enabled the ensemble to forge an unique voice on the Houston stage. That voice, with its focus on folkloric influences, the confluence of disparate musical genres, and the creation of new music through the 20×2020 commissioning project, has become an essential part of the rich cultural tapestry of our city and beyond.

“To build and grow an organization from zero to where it is today, so many people were involved and have helped along the way.” Detrick considers founding board member Costa Papanicolaou, who introduced him to the field recordings of Greek Rebetika folk songs featured early in Apollo’s concert history, instrumental to helping the group find its direction. “In the beginning, when you’re fresh out of music school, that’s your whole sphere. It doesn’t help you branch out at all. Costa was my connection to the outside world of people who were interested in classical music. That was our first audience. I transcribed some of the Rebetika folk songs for string quartet for our first concert in Zilkha. The Greek Consulate and the Greek community came out. We saw that it really affected people in a different way, and that’s what began the focus on folk music. The music spoke to the heart.”

Apollo’s 10th anniversary season will feature plenty of music that speaks to the heart while bringing Houston audiences remarkable sounds from as far away as India and Vietnam. It will also mark the first time Apollo has brought composers based outside of the United States to Houston.

The season opener at Zilkha Hall (Oct. 7) will feature 20×2020 commission No. 12 by Indian composer Chitravina N. Ravikiran, whose groundbreaking system of Melharmony seeks synergy between the melody-centric systems of Indian classical music and the harmony-centric systems of Western classical music. The collaborative effort involves classical Indian dance group Silambam Houston, Houston Symphony principal bass Robin Kesselman, Bharatanatyam dancer Smitha Madhav, mrdamgam player Erode Nagaraj, and Ravikiran on the 21-string chitravina. “Indian music has had such an amazing influence on Western music, from rock groups like the Beatles and the Doors to the American minimalist school represented by Philip Glass and Terry Riley,” observes Detrick. To show that connection, the ensemble will also perform Glass’s String Quartet No. 3 (Mishima) and Riley’s In C. 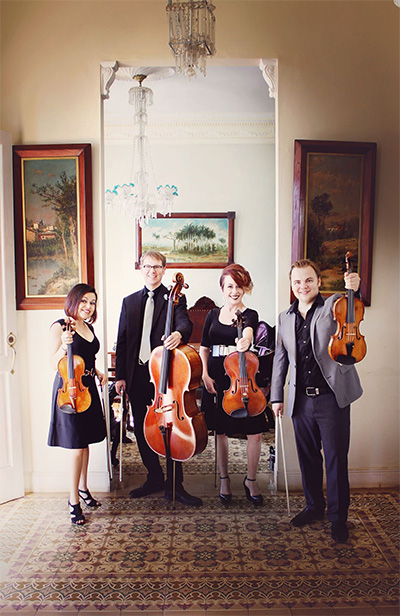 Typical of Apollo’s knack for forging new interpretive pathways while preserving rich traditions, Indian classical instruments will join in the performance of Riley’s revolutionary masterpiece. I can’t think of a more fitting way of hearing where these two seemingly disparate musical styles intersect and interlock. The repetitive melodic structure and improvisatory style of Indian music truly echo the minimalist aesthetic.

Ukrainian composer-conductor Virko Baley, winner of a Grammy award (2007) and an Academy Award in Music (2008), spent his childhood caught up in the turmoils of war, living in a Displaced Persons camp before emigrating to the United States in 1949. Apollo’s Ukrainian Muse concert (Feb. 17) will feature the premiere of 20×2020 No. 13, a piano quintet by Baley that is inspired by the music of ethnic Tatars and gives voice to the current plight of Crimea. New York based Ukrainian-American pianist Pavel Gintov will be the guest artist. Works by Prokofiev, Dvorak, and Bartok will round off a program that delves into the influence of Ukrainian music on the Slavic and Eastern European musical landscape.

In Origins (March 23), Apollo pays tribute to its beginnings and to the composers who inspired its folkloric focus and innovative 20×2020 commissioning project. Apollo will revisit Rice Shepherd School composer Karim Al-Zand’s Fantasy on Bulgarian Rhythms (2012), the ensemble’s first commissioned piece. “Karim was so instrumental in helping us figure out not only how we could create new music, but also evolve to the point where we are doing something more meaningful with that new music.” Detrick is thrilled to present a new piece by Al-Zand for this concert, a Capriccio based on Appalachian fiddle music written in honor of Apollo’s 10th Anniversary. Turkish composer Erberk Eryilmaz has also been a long time collaborator with Apollo, having won the commissioning competition to compose 20×2020 No. 3. His Dances of the Yogurt Maker, which Apollo played last year at the Houston Turkish Festival, is a riot of folkloric color and effervescent energy. Syrian composer Malek Jandali, founder of the non-profit organization Pianos for Peace, inspired Apollo to think in terms of the power of music for even greater humanitarian impact. To that end, Apollo has continued to work with local refugee service organizations to have dialogue and discussions with the broader community, with music as a bridge and a healing agent. Jandali’s string quartet for Apollo was written at the time when Aleppo was being bombed and destroyed, and it will receive its Texas premiere on this concert, following a world premiere performance in Carnegie Hall by Apollo on Feb. 4, 2017.

The season closer is a bonanza of all the elements that make Apollo stand apart as an organization. Phoenix Ascending (May 19) is not only a celebration of Vietnamese culture, it is also a coming together of composers and musicians who are passionate about human rights and the power of music to promote peace and understanding. Guest artist and đàn bầu (a Vietnamese traditional one-stringed instrument) virtuoso Vanessa Võ, Academy award contributor and Emmy Award winner, will be the featured soloist in Hanoi-based Vietnamese composer Vũ Nhât Tân’s String Quartet + đàn bầu, 20×2020 No. 14. Tân represents a new generation of Vietnamese composers who are venturing into experimental soundscapes while acknowledging the rich musical tradition of his country. Alexandra du Bois, another 20×2020 composer known for her passion for human rights, will contribute her piece Within Earth, Wood Grows for chamber orchestra and đàn bầu. Vietnam veteran-turned composer Kimo Williams adds a different perspective with his Into Liquid and Quartet for the Songs of Nam. Williams, famous for co-founding the Lt. Dan Band with actor Gary Sinise, is the founder of the United States Veterans Arts Program.  All proceeds and royalties from the performance and sale of his music goes to this organization that works to increase representation of veterans in the arts. Houston favorite WindSync will be on hand for this program. A special lecture-performance will take place at Asia Society Texas as well.

Frequently featured on Performance Today, Apollo’s 20×2020 commissioned works have reached millions of listeners nationwide. The ensemble will release its 3rd studio album this November and  continue to tour throughout the U.S. and internationally. As he looks forward to finishing 20×2020 successfully, Detrick sees larger commissions and more collaborations with other arts organizations in the future. “Our past commissioning is already informing our future programming–all the relationships we have built with composers and performers continue to bear fruit.” Detrick goes on to reflect, “I don’t think we could’ve done it in any other city than Houston.  It’s the philanthropic spirit here, and the entrepreneurial spirit.”