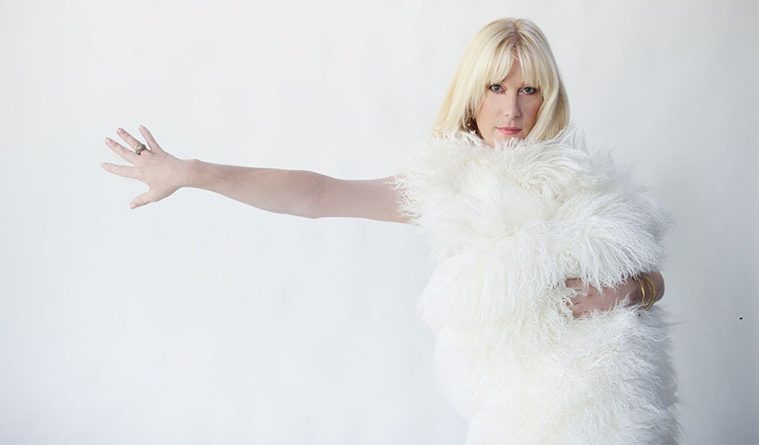 Lott Entertainment Presents brings in Justin Vivian Bond in Love Is Crazy on Oct. 20-21 at the Neuhaus Stage at the Alley Theatre.
Photo courtesy of the artist. 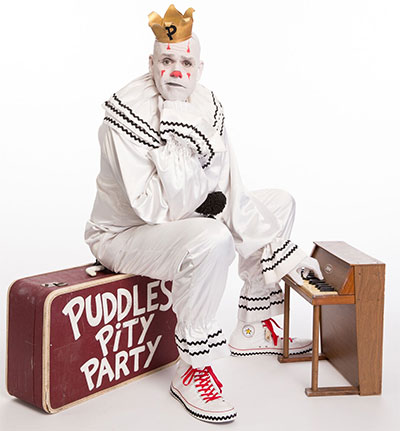 Puddles Pity Party runs Nov. 4 at at the Neuhaus Stage at the Alley Theatre. Photo courtesy of the artist.

A year ago, Lott Entertainment Presents, introduced Houston to cabaret and theatrical performances rarely seen in the city.   Founded by friends–with the coincidentally same last name–Allison and Kathryn Lott, the presentation company’s five-show inaugural season brought Off-Broadway theater to Texas. They also accomplished something no one else in the U.S had attempted before, to replicate New York’s Public Theater’s famed Joe’s Pub nightclub experience by creating a Joe’s Pub Series within their larger series.

Now a year later and wiser, but still ready for a bit of theatrical danger, the Lotts are making a major move for season two, from the Houston’s Midtown to the Theater District and from MATCH to the Alley Theatre’s Neuhaus stage. With the new season soon to begin, I sat down with artistic director, Kathryn Lott, to get the scoop on the whole Lott of changes happening this fall.

Lott Entertainment Presents remains a distinctly separate entity from the renowned Alley Theatre, but this new relationship between the two organizations allows Lott to go bigger when it comes to bringing in audiences. The Neuhaus Theatre can hold approximately twice as many seats as MATCH Box 3 does. Yet, Kathryn Lott emphasized to me their dedication to keeping the intimate quality of these shows. Tables and chairs and a bar will be set up in the theater to create that Joe’s Pub atmosphere, and the Neuhaus adaptive configuration will allow for immediate connections between audience and performer.

While Lott Entertainment Presents gets to play in a bigger space with much theatrical prestige attached to it, they do bring their own enticing dish to the proverbial Alley and Houston Theater District table.

“We have a nontraditional audience. It is a new audience. Not only do they skew young, but a lot of them are just now exploring this theater-thing for the first time, and they’re having a blast. They’ve become really loyal. I think there’s room for growth all across the board. I think we’re an awesome introduction to the theater district and outside the theater district,” explained Lott. 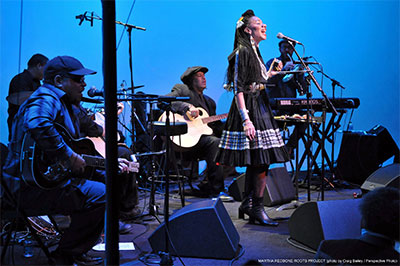 Like their inaugural 2015-2016 season, this 2016-2017 lineup will feature three Joe’s Pub shows and two special finds that they wanted to bring to Houston audiences.

When the Lotts look at an act for the Joe’s Pub series, the performers obviously need to have previous experience with Joe’s Pub and get the Joe’s seal of approval, but they also ask the artists if they would consider themselves to be Joe’s performers. “They have to believe they are a Joe’s artist,” said Lott.

The other shows tend to be theater that they “picked up along the way from travels and friends,” shows that they feel Houston can’t miss and that no other presenters will likely bring to town.

The season begins with Mx. Justin Vivian Bond’s Love Is Crazy (Oct. 20-21). Houston audiences might be most familiar with the Tony Award winning Bond as one half of the cabaret duo, Kiki and Herb. Team Lott signed Bond around the same time that they booked their very first Lott show, Bridget Everett, last year.

“We knew we were going to have to match our first season and surpass it. I kept Justin Vivian Bond in my back pocket in order to launch the second season specifically for that purpose,” said Lott noting that Love Is Crazy sold out for two and half months at Joe’s Pub.

Only a few weeks later, on Nov. 4, Puddles Pity Party come to town, bringing hilarious sadness, plus balloon animals. Lott thinks this will be the most interactive performance of the season as the audience attends a birthday party with the nearly seven feet tall, “beautiful operatic singer,” Puddles the clown as the entertainer. When Lott Entertainment polled their Facebook followers asking who they wanted for the new season, Puddles was the winner.

Sex Tips for a Straight Woman from a Gay Man runs May 4-7, 2017. Photo courtesy of the artists.

The Joe’s Pub season ends with Martha Redbone’s Bone Hill (April 21-22, 2017), which brings the largest cast for the series, with two actor/singers and six musicians. They all play members of a multi-generational and multi-ethnic family, based on Redbone’s real life family, living together in the Appalachian mountains.

“The whole story is about the cross-cultures and multiple races in which she and her whole family grew up. It’s about four generations growing up to really be the face of America, this rich tapestry of cultures,” described Lott.

In May, the Lott Entertainment Presents season takes a Joe-break for some of that theater the Lotts picked up along the way.

Kathryn Lott found the Off-Broadway Sex Tips for a Straight Woman from a Gay Man (May 4-7, 2017) not in New York, but during its run in Denver. At first glance, Sex Tips seems like a traditional comic play, a story about what happens when a demure book-talk organizer has to play emergency moderator for the author of a self-help best-seller and his hunky assistant. But not much of the invisible fourth wall will remain standing once audience members get pulled up on stage to join in the sexy demonstrations.

The whole second season closes with 6 Guitars (May 12-13), a one man show the Lotts discovered at the Vancouver Fringe Fest. An original work by writer/performer Chase Padgett, he’ll also play all six guitarist characters. 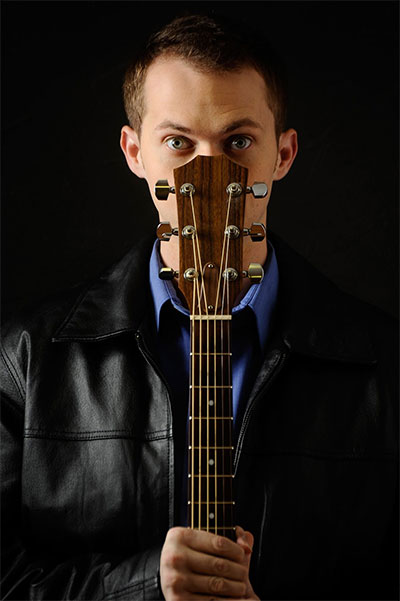 “Each character was fully developed, and on top of that each one of them had their own musical style, and each played completely different from the other one and yet still kept the standard of excellence for each performance. It was moving and the whole audience jumped to their feet,” said Lott, when explaining why they knew they had to bring Padgett to Houston.

At the end of our talk, I asked Lott if the first season had taught her anything new about Houston audiences that we might see reflected in this second season.

“They’re more open to new experiences than I thought,” said Lott, after pondering the question for a few moments. “I think they’ve been craving the experience that you have in a small theater in New York where there are no rules, and it’s bawdy, a little raunchy and fun. It’s sexy and a little dangerous. You might get pulled up on stage. You don’t know what’s going to happen. I think they’ve really responded to that even better than what I anticipated.”