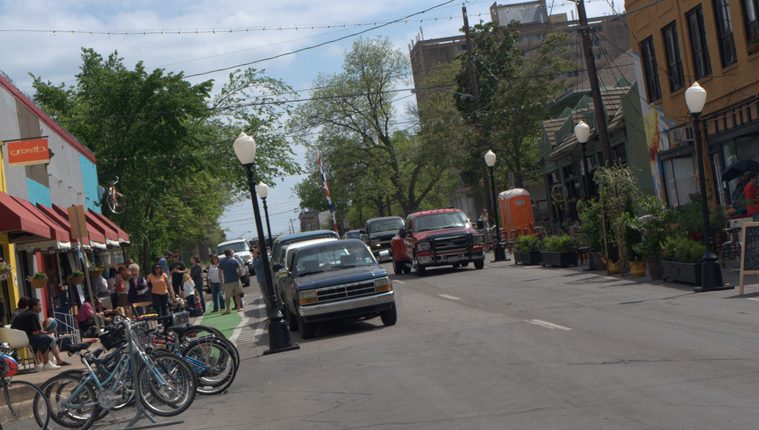 Looking towards a Critical Regionalism

If there ever were a time for local activism — local farming, health local butchering, click and a local art scene with global consciousness — it is now. It is not so urgent that global corporations have taken away local identity (although they have), but rather, that they have torn asunder our individual agency — our ability to move and act. Grateful to pay their bills, the gainfully employed are too busy working to think much or take action about the injustices of a $4 loaf of bread or a $30 co-pay, much less unemployed artists or the potential power of regional tendencies in the creative process. And, the marginally employed and unemployed question the logic of student loan debt that was once so generously doled out as part of a promise. Some have called that promise the American Dream, but frankly it is much more pragmatic than that. The unspoken pledge was that, with education (and student loan debt) comes employment and economic mobility. Simply shining a light onto regional art practices for the sake of celebrating the specialness of the local — what regional artists outside of New York, London, and Los Angeles do, say, and make — does little to solve any dire problems of political economy. It does nothing to employ young artists drowning in a mire of student loan debt for their BFAs and MFAs.

Last May, Glasstire.com hosted a panel of illustrious speakers to discuss the status of local art, or more precisely, “Regionalism,” as the panel was titled.  As part of Glasstire’s decennial, the Texas arts website brought together Robert Storr, dean of the Yale University School of Art, David Pagel, associate professor of art at Claremont Graduate University, Toby Kamps, curator of modern and contemporary art at The Menil Collection in Houston, and Michael Galbreth, one of the artist duo known as The Art Guys to discuss “regionalism.” Moderated by Christina Rees, a Glasstire correspondent and director of Fort Worth Contemporary Arts, the panel was well intended and attended, but the mission was never quite clear. Why regionalism now? Will we invent a new idea of progressive regionalism, and what might that be? Or is Texas defensive against other art worlds, primarily the one in New York? Do we just want to continue propagating a metaphysical sense of the word “regionalism,” i.e. that, in chauvinistic fashion, it is a term that refers to the transcendent purity and essential specificity of a given people and their place?

Yale art professor Storr, probably the most famous and poignant speaker of the Glasstire panel, jabbed a needle in the proverbial balloon that was the theme of “Regionalism” that day. Very quickly into the discussion, he said, “I think we should just bury regionalism. It was a figment of the United States in the 1930s at one of its most chauvinistic periods. It was a sign of America being driven back to itself by Depression and by international politics and a whole host of things. Provincialism doesn’t do any better.” More recently, and in a similar tone, Chair of the Art Department at SMU Michael Corris also connects the term to the painting movement of the same name in the 1930s. Here I refer to beautifully painted cartoonish imagery of green rolling hills and American farmers that is known as Regionalism, the most iconic of which is Grant Wood’s “American Gothic” (1930). Corris explains, “For some, regionalism is a myth; it is evoked only when it no longer represents a viable life-world. Rather, it is an archaic form of life or artistic practice…All these definitions are problematic in one way or another, but there is a specific sense to the term that raises the specter of local resistance to (perceived) ‘external’ threats.” As an antidote to seeming failings of regionalism, Storr and Corris espouse an idea of cosmopolitanism, citizenship of the world, or as Storr put it “not belonging to anyplace while belonging to everyplace.”

Regionalism, though, does not have to be insular or backwards. The architect and writer Kenneth Frampton bodied forth a new, more progressive sense of localism in the phrase “critical regionalism.” Writing in 1983, the heyday of postmodernism, Frampton described a force of resistance to “internationalism” (viz. globalization) that arrived in the way of tactile architecture, bodies interacting in space, and contextual awareness. Frampton’s essay was a salvo against urban sameness based on a belief that we can make a better — more attractive and more functional and economically feasible — urban fabric than, for example, the sea of stucco homogeneity that is Frisco’s IKEA, its parking lot, and the strip malls and hotel that surround them.

The stakes of architecture and art are much different today, 30 years after Frampton’s essay on critical regionalism. Modernism is certainly no longer the whipping boy of the art and architecture world, and the dark perversities of everyday news — perpetual American war, the global economic meltdown, and ecological devastation — are pressing.

That said, what might a critical regionalism look like today? As Storr and Corris suggest with the idea of cosmpolitanism, any such contemporary critical regionalism would make powerful links between local spaces and the global economy — neighborhoods right here and the wheezing sounds of a deflated international real estate bubble. We might also call it a “critical materialism,” to quote Corris again.

For evidence of progressive local design activism, we need not look far. Two design initiatives, Dallas’s RE and Better Block, bind the local to global in a critical way, that is, with an eye to subtly bringing themes of poverty, urban blight, poor or no urban planning, ecological destruction, and recycled waste products to bear on good, i.e. purposeful and original, design. Headed by Wanda Dye, RE is a gallery and studio in the Cedars dedicated to making such functional and inventive design out of recycled and re-purposed materials. Founded by Andrew Howard and Jason Robert, Better Block is, to use their own words, “a demonstration tool that temporarily revisions an area to show the potential to create a great walkable, vibrant neighborhood center.” Better Block is dedicated to creating pop-up businesses, urban design interventions, and “complete streets” in blighted and economically challenged areas.

Dye and the Better Block duo have strong opinions on regionalism and critical regionalism. While Dye considers the art, architecture, and urban projects showing through RE not to be a matter of critical regionalism per se, she does cite interest in “local artisans and fabricators…[and] the vernacular.” In an attempt to avoid being pigeonholed, Dye explains, “I would like to think RE’s goals are a bit more discursive than latching onto another ‘ism’…The common theme is in the  — RE — this notion of a ‘second life,’ whether it’s a material, a space, an object, an image, or idea…”  Quoting Marxist geographer David Harvey elsewhere in my interview with them, Better Block expresses a more overtly political take on what they do in terms of local activism. They are interested in urban interventions, or “tactical urbanism,” Mike Lydon’s idea of “injecting spontaneity into urban development.” Very much in a post-modern vein, they say, “No single master plan can anticipate the evolving and varied needs of an increasingly diverse population or achieve the resiliency, responsiveness and flexibility that shorter-term experimental endeavors can.”

Thankfully the term “regionalism” is historical.  It exists in time, evolving, mutating, growing skin and shedding skin. When coupled with an adjective — critical, messianic, down-home, or pop (as in Wanda Dye’s “Pop Regionalism”) — it shifts like a chameleon and creates a new discourse. For now I am calling for a rethinking of “critical regionalism” in order to empower ourselves against the sublime and incommensurable corporate state. Whether it is in Wanda Dye’s RE, Andrew Howard and Jason Robert’s Better Block, the Pittsburgh artist Jon Rubin’s Waffle Shop and Conflict Kitchen, or the Starbuck’s-heckling Reverend Billy, we need a progressive localism and we need it right now!