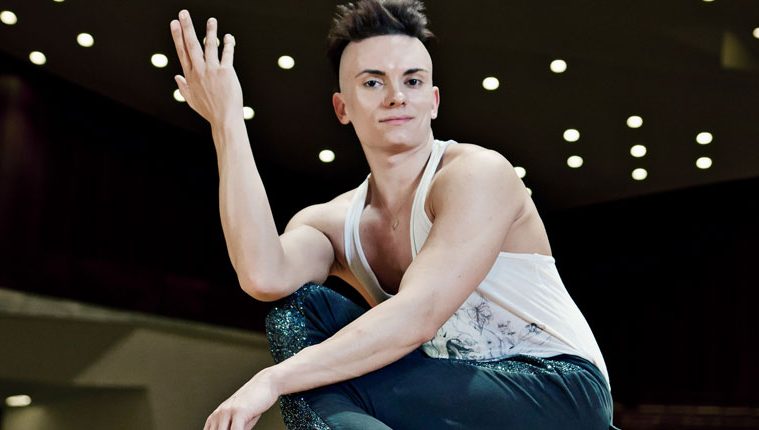 Cameron Carpenter on the future of the Organ

Virtuoso composer-performer Cameron Carpenter, one of the most accomplished organists working today, stops in Houston this month via Society for the Performing Arts. He has played the organ since an early age, but he did not come from a religious family, nor was he first exposed to the instrument during a Sunday Service as with so many people. Carpenter, who  follows a performing tradition from the 19th Century, places as much value on the drama of the performance as the music. He has been hard at work on launching his International Touring Organ Project, which will debut in 2014, and which will feature his own electronic traveling organ, which he hopes will revolutionize the way he interfaces with his audiences.  A + C music writer Chris Johnson visits with Carpenter to talk about his big plans for a traditional instrument and more.

Arts + Culture: How did you find your way to the organ?

Cameron Carpenter: I first came to the organ visually. It was at a very young age. Sometime, before I turned four, I saw a picture of an organist in a Childcraft Encyclopedia. The performer was from the 1920’s, moustached and wearing a high-collared tuxedo and playing not on a church organ, but rather an unbelievably carved, brilliant-looking, strange machine. And in the back was this theater with a silver screen and what was perfectly clear to me, as a queer child growing up in the ‘80s, in rural northwestern Pennsylvania, was that is was an unbelievable source of drama and of event which were the things for which I was most thirsty. So, the idea of the organ for me has always started with performative values; music comes into it later, as the vehicle of expression that is even more challenging and thrilling.

Cameron Carpenter.
Courtesy of the Society for the Performing Arts.

A+C: I love that you say that the idea of the drama of the instrument is what attracted you at first and not necessarily the music itself. It’s almost as if the music were secondary.

CC: I would, of course, hesitate to admit anything of the sort because there are a lot of people who might criticize me as considering music secondary —which would be fatuous, of course. For me, it’s an obvious truth that music is a vehicle, and in fact in some ways you might consider me a really traditional performer. It just happens the tradition we’d be talking about is one from 150 years ago when a figure like Franz Liszt or Louis Moreau Gottschalk were examples. Gottschalk was  the 19th-century pianist who was an improviser, composer, performer and arranger. He was an all-around musical knight who fought the battles of expression with whatever he had at hand. My battles are not only musical but physical, since I also believe that the instrument itself has to change.

Cameron Carpenter.
Courtesy of the Society for the Performing Arts.

A+C: In what way do you feel the organ needs to change?

CC: In that the pipe organ is going absolutely nowhere and at the same time, the instrument is not something that we should wish to destroy, but it is an  old technology that gives way to a greater future. It’s my view that the pipe organ has given us our ideas of what the instrument can be, many of which are very rich and rewarding, and in the context of the 21st Century we now have the chance to turn that instrument into something that is far more flexible and adaptable: something which can travel, something which costs less. I believe that is the instrument that really sets me free, which is why I’m more or less staking my life on it with my release and launch of this International Touring Organ Project, which has been my dream for the past ten years.

A+C: Where do you find your fabulous organ shoes?

CC: Well, I wouldn’t say that I “find” them. I have them made, and I typically decorate them in some way. I design a lot of my own clothing. They’re basically Latin dance shoes, so they are very light and flexible. The heel is a Cuban heel, and as androgynous and  eye-brow raising as that might seem, it actually has a purely mechanical purpose which is to isolate my heel as a point of contact for the pedals. As some people might not be aware until they see me, I’m actually playing another keyboard with my feet.