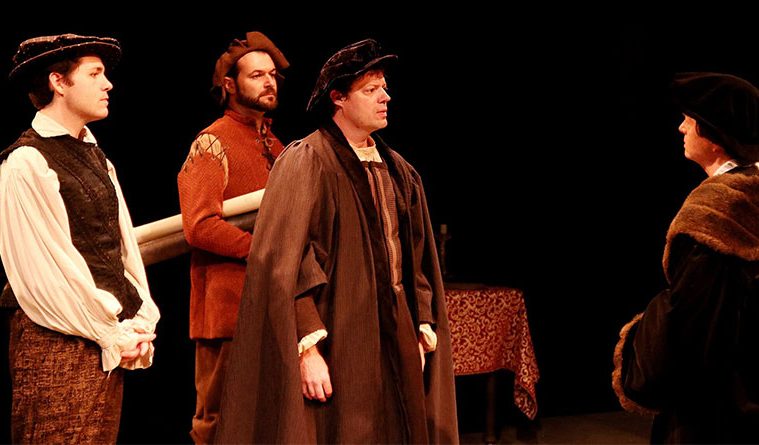 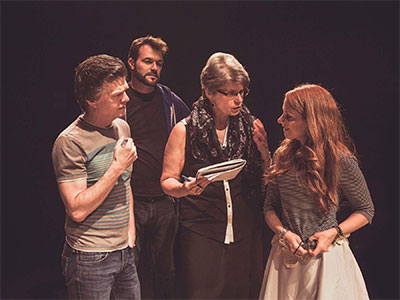 This month, Houston’s Main Street Theater becomes the first U.S regional company to attempt the intricately plotted historical drama, Wolf Hall. The work, one of the most ambitious theatrical productions to have graced London and Broadway stages in recent years, depicts the rise of Thomas Cromwell in the court of Henry VIII across two plays: Part One: Wolf Hall, Oct. 19-Dec. 18 and Part Two: Bring Up the Bodies, Oct. 26 -Dec. 19.   A+C TX contributor, Tarra Gaines, spoke with Main Street’s artistic director Rebecca Greene Udden about what drew her to Wolf Hall and the challenges of directing both plays in repertory.

Why did you think it important for Main Street to produce Wolf Hall, especially since you’ll be the first to do so since the Royal Shakespeare Company’s 2015 production on Broadway?

The fact that we got the rights to produce Wolf Hall means that the larger theaters in our region passed on the property. So, if we don’t produce it, it won’t get done. We can do big things differently. If a big theater with a lot of resources were to produce Wolf Hall, they’d have to put millions of dollars on the stage. We don’t have a big enough stage to put that much money on the stage. So for us, it’s about the acting. One of our goals is to provide interesting work for people and this provides a lot of work for a lot of people.

Is there something about Wolf Hall that seems timely or that you think will resonate with audiences?

First of all, the story is just great. Anyone who’s had any kind of western history knows about Henry VIII and all his wives, and yet the story’s never been told in this way. It’s such a wonderful study of power, the hunger for power and the ways people win and lose power, of ambition and politics, all things that are so current right now. 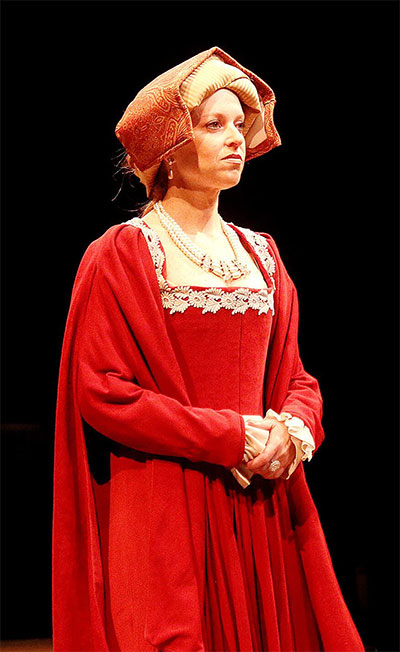 The other Main Street big production that this reminds me of is your staging of Tom Stoppard’s Coast of Utopia trilogy in 2012. Is there anything you learned from directing those plays in repertory that has influenced your vision for Wolf Hall?

You have to keep things as simple as possible. I had seen The Coast of Utopia in New York, and in that huge production they had scenes where 30 serfs stood on stage, doing nothing, but being set decorations. I realized you don’t need all that stuff. At their heart, those plays are about people talking to each other, about people with fabulous ideas sharing and arguing about those ideas and that doesn’t take 30 serfs standing in the background.

Wolf Hall is a little bit more of a challenge because, though it’s basically the same kind of play, it’s a bigger story in the sense that it moves through the city of London at lightning speed. The challenge is to not get caught up in the very detailed script, down to the lighting and sound cues, of the Broadway and London productions. But we wanted to create the same effect.

Since the theater went through major renovations over a year ago, does the new space give you staging possibilities for Wolf Hall that wouldn’t have been possible in seasons past?

Absolutely. We have the ability to create much more evocative settings. Because of the new heightened ceiling, we can do so much more with lighting in terms of isolation, mood, color and effects. So what might have been done with a physical piece of scenery that glided on and off, we can do with lighting and sound.

Is it a challenge to work with a cast of 23?

It’s a real pleasure to be working with this cast because I use some of the best of Main Street’s central core of actors, but also people our audiences haven’t seen in a while as well as many new, young actors who haven’t worked at Main Street but have worked at other theaters around town. On break, they all talk about the different shows they’ve done. It’s been a real pleasure watching the cast get to know each other and cross-pollinate from all the different theaters in Houston. 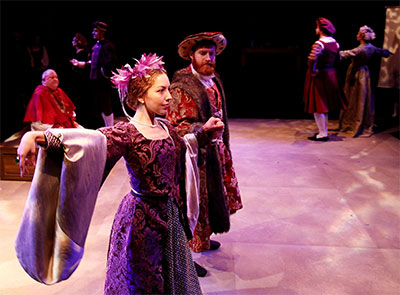 Main Street ended the summer with the plays RFK: A Portrait of Robert Kennedy and Red Hot Patriot: The Kick-Ass Wit of Molly Ivins and began this season with Lauren Gunderson’s The Revolutionists about four women’s lives during the French Revolution. There seems to be something of a political bent to the last several productions. Do you see any thematic threads woven through this season, Wolf Hall included?

The plays that we’re doing this year are about big issues. At this point in my career, I’m really interested in creating discussions around the world we’re in. Even a play about historical figures can shed light on the world. I’m not interested in turning my back on where we are as a society right now. I’m also not interested in being didactic, but I do want to present stories that allow people to make their own connections, think about what they’ve just seen and discuss it.