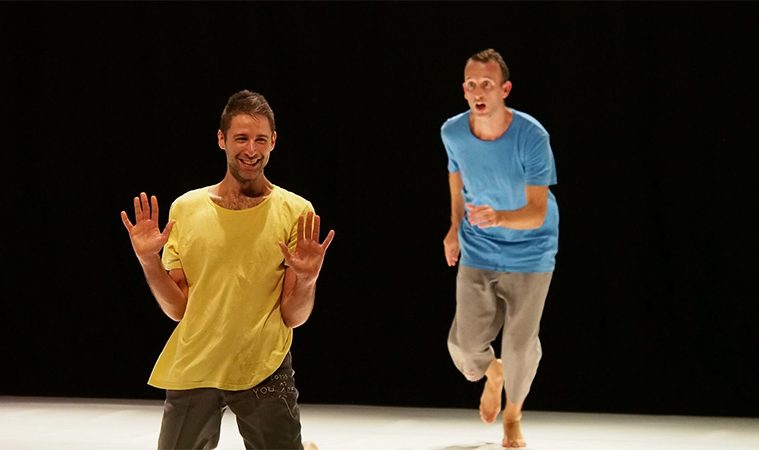 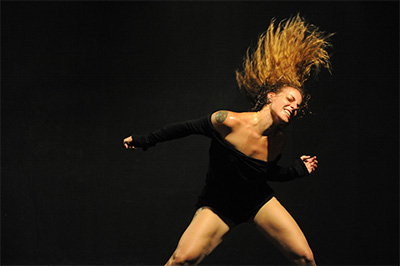 If movement can reveal a national identity and specific cultural context, then the dance work of Israel is defined by a heightened sense of immediacy. “The artists live in a constant state of not knowing,” explains CORE Performance Company Artistic Director Sue Schroeder. “They don’t know when the alarms are going to sound. There is this strong sense of always being present.” When her company spent time training in Tel Aviv, presence when working was a quality Schroeder was keen to reinforce.

Houston audiences will get to experience the work of Israeli choreographers on Oct. 1 at the Miller Outdoor Theatre with CORE Presents Dance from Israel. The program includes work by Yossi Berg and Oded Graf, Anat Grigorio, and Niv Sheinfeld and Oren Laor. CORE Performance Company will present a new work, American Playground, which was created in conjunction with Sheinfeld and Laor.

The idea to bring an entire evening of Israeli work to Houston came from Schroeder’s participation in Israel’s International Exposure showcase, a weeklong presentation of the country’s contemporary dance output. Along with company manager Patton White, Schroeder became interested in a handful of people and started to brainstorm about a shared bill that would be presented in Houston. With support from the Israeli Consulate in Houston and the Ministry of Culture in Jerusalem, CORE organized the Oct.1 program along with a commission from Sheinfeld and Laor.

The dance offered up at International Exposure revealed a strong technical caliber. “What we call dance technique is phenomenal in Israel,” says Schroeder. “There’s so much incredibly strong dancing that I became really interested in the craft behind what I was seeing.” She notes that while Tel Aviv produces much beautiful dance-for-dance’s sake, the choreographers on her bill are edgier and have a social consciousness to their work that is weighty, theatrical, and relevant. “I think Houston is going to see very strong dance theater,” she says. “The work is very human.”

Berg and Graf, whose company was awarded the 2016 Rosenbaum Prize for Artistic Excellence in the Performing Arts, will present heroes part 2, about intimacy and the need for intimacy. As Schroeder puts it, “We’re lacking in that intimacy because we’re so electronic, we are so in our technology, and we can instantly do anything. It’’s interesting that they are discussing this from an Israeli perspective, even though it’s more of an issue for us.” 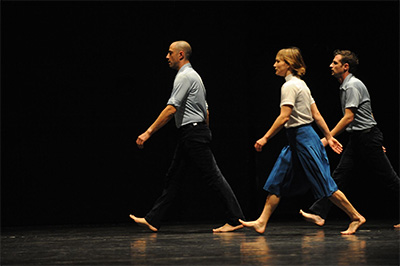 If the evening has a thread that runs through all four pieces it’s a preoccupation with the human condition. Sheinfeld and Laor are bringing Big Mouth, a dance that utilizes traditional Israeli folk steps to illustrate the binary of individual and collective consciousness. As choreographers, Schroeder notes that they are adept at bringing out the finest qualities in dancers as individuals. They also have a fine sense of stagecraft and how to organize a dance onstage. “They really know the ride the audience is on,” she says. “They really position their work so that there’s an accessibility to it. You forget that you’ve been watching dance. You’re so present with the work. You’re not looking at it like a picture, but you’re really in it.”

Sheinfeld’s and Laor’s process is evident in the making of American Playground. The choreographers gave the members of CORE homework for each rehearsal. Their generosity was evident in how they worked with each dancer as individuals rather than a potter shaping clay. “They really pulled out who the dancers were, and wanted to grow that,” says Schroeder. “It’s really exciting to see.” The choreographers will spend three weeks with the company before the show, so the piece will still be gestating as the show date approaches. The piece is an assessment of contemporary culture, challenging preconceived notions of hierarchy, pop culture, and private and performance spaces.

The process-oriented CORE Performance Company will almost certainly use the tools of Sheinfeld and Laor to inform the rest of its season, as will their recent retreat with postmodern dance founder Anna Halprin. “She taught us a lot about what we call scoring as opposed to choreography,” explains Schroeder. “She was so very inspiring, and we’re going to take what she taught us with us wherever we go in our dance world.” 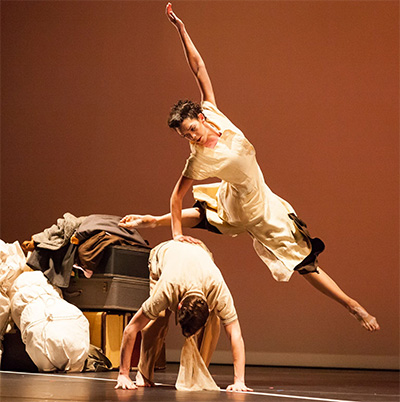 If CORE’s upcoming performance season is about any one thing in particular, it’s journey. After October, CORE will reset walk in several labyrinths in Houston during Labyrinth Society Conference Nov. 10-12, and then the company reprises Life, Interrupted at Asia Society Texas Feb. 17-18. The work is a dance, art, and music piece remembering the internment of Americans of Japanese descent during World War II. The performance comes in time for the 70th Anniversary of Executive Order 9066. Finally, CORE creates a new work for the Museum of Fine Arts, Houston’s exhibit Adios Utopia: Dream and Deceptions of Cuban Art: 1950-2015.

“This season is an exploration of where we’re going, what’s the journey, and how we’re getting there,” says Schroeder. It’s fitting that it all begins with the Israeli dance works and what she says about the contrast between American contemporary dance and the work of Israel. “The threads are the same, but the approaches are different. The threads are coming from a different place culturally and geographically. They come from a desert on the sea. It’s intense.”