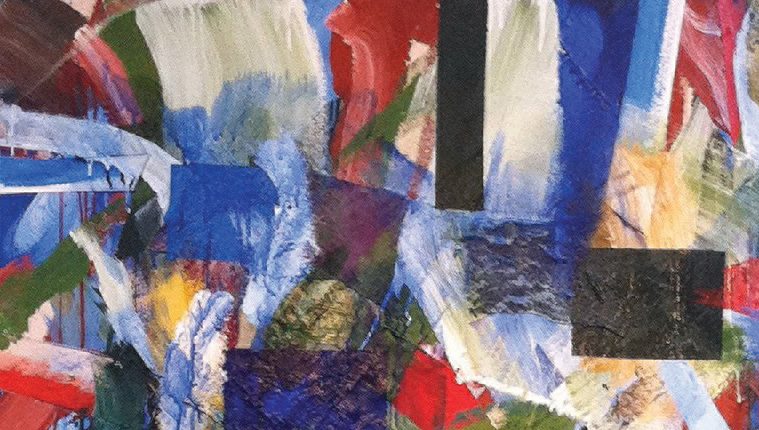 Joseph Glasco, an American Abstract Expressionist painter who died in 1996, was tutored by the likes of Jackson Pollock, George Grosz and Jean Dubuffet. He must have been an apt pupil; his piece, Big Sitting Cat,” was collected by the Museum of Modern Art when he was just 25 years of age. His work also found its way into other highly prestigious collections, including: the Museum of Modern Art; the Solomon R. Guggenheim Museum; the Whitney Museum of American Art in New York; the Hirshhorm Museum in Washington and the Museum of Fine Arts in Houston.

A trip to Talley Dunn’s reliably impressive gallery on Tracy Street will make it abundantly clear why he enjoyed such tremendous success. “Joseph Glasco: Paintings from the Estate,” as the name suggests, are works that have taken years to document and catalog since the artist’s passing. The process was time-consuming and, of course, Glasco’s family felt deeply emotional about his work. However, Dunn has succeeded in curating over a dozen pieces that are either acrylic works or acrylic and collage pieces on canvas. They’re busy. They’re volatile and they’re thoroughly exuberant.

The show is composed of works from the last two decades of the career of an artist who came into prominence along with titans like William Baziotes, Mark Rothko and Clyfford Still. One piece, created in 1982, roils in a traffic snarl of color and movement. In an effort to explain it by way of a bit of synesthesia, one could say it looks the way John Coltrane sounds. It’s a blaring heat-seeking missile that blasts directly into your cortex. Other pieces — from both the 80s and 90s — have the same effect with unnerving reliability.

I usually don’t resort to personal information about an artist to “explain” his work. However, some verbiage about Glasco deployed by Julian Schnabel is too delicious to pass by. It’s a description of digs the artist occupied in Galveston: “I walked down the hall. In Joe’s studio the floor-to-ceiling red velvet curtains were partially open… You couldn’t see outside. Joe was sitting in the dark in his kitchen in a Metropolitan Opera House Egyptian-style black velvet chair. Joe brought the edge of the world with him wherever he went. There was a feather bed on the left side of the table. I sat on the edge of the bed and broke the feathers between my fingers. Joe and I started talking. He was listening to Maria Callas. For Joe, music is the texture of the air, holding its spirit together, beautifully, invisibly. It keeps him from getting unglued. He was watching two TVs, quietly plugged in with Maria, isolated in the dark far away from everybody….”

What a terrific scene Schnabel conjures for us. I suspect it’s time to turn up the volume on some Callas — and head for Tracy Street. Dunn’s gallery is chocked full of canvases and the artistic spirit of the place is rampant. It’s a chance to breathe deeply and imbibe the heady stuff that intrigued Schnabel, Pollock and a host of some of the world’s loftiest curators. Isn’t it cool that it’s taken up residence here in Dallas? Who knew?