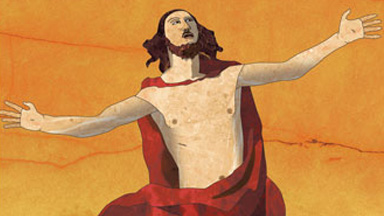 After hearing Ars Lyrica’s rendition of Handel’s oratorio “La Resurrezione, discount ” one must wonder why this little-known work about the story of Jesus’ resurrection is not performed more often. With gifted musicians on period instruments and a quintet of magnificent guest vocalists, Ars Lyrica created a sonic experience that was truly memorable.

Canadian soprano Gillian Keith stole the show from the first scene. Dressed in an elegant silvery dress with stark white hair as the Angel, she captured the full attention of the audience from her first strut onto the stage. I, for one, was so mesmerized by her performance that it did not even occur to me to read the supertitles. Nor did I even have to in order to gather the meaning of the words, for Keith has that rare ability to communicate the emotion of the text through her extraordinary vocal expressivity and lyricism.

The deep authoritative voice of Timothy Jones as Lucifer matched Keith’s vocal fireworks. Together, they formed a wonderful dynamic onstage in the opening scene, a tough act to follow. Although much less theatrical than her vocal counterparts, soprano Meredith Ruduski as Mary Magdalene provided a delicate, mellifluous voice that was a nice complement to the more commanding voices of Keith and Jones. Countertenor Ryland Angel produced a smoothly controlled timbre in the role of Mary Cleophas, while tenor Zachary Wilder delivered a beautiful transparent tone as St John the Apostle.

The instrumentalists, conducted under the dazzling harpsichordist Matthew Dirst, brought a clarity and musicality to the production that was nothing short of refreshing. The use of period instruments is of course key to the performance, avoiding all the balance issues that typically arise in interpretations of Baroque music that use modern instruments. There were so many delightful moments, for instance, where the timbre of the vocalists perfectly synced with the instruments to create an altogether new and interesting sound.

— KENYA GILLESPIE
Kenya Gillespie, a native of Salina, Kansas, is a Master’s candidate in Music Composition at Rice University.