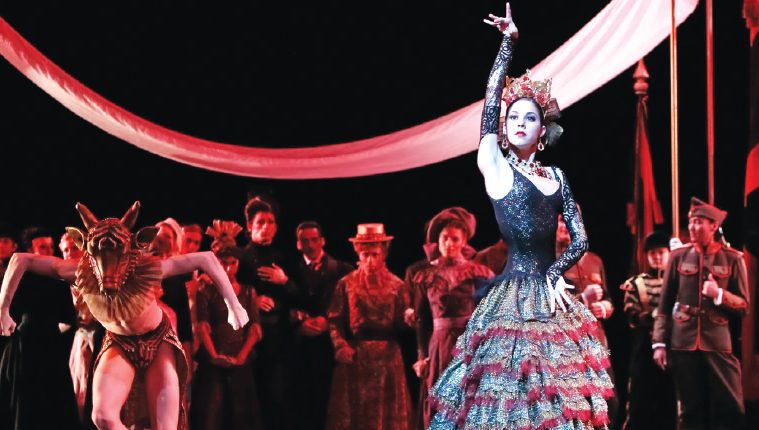 HOUSTON BALLET’S ARTISTIC DIRECTOR, hospital Stanton Welch wasted no time ascending to world renown as a choreographer. Once he got started, healing that is.

Most dancers expect to spend years in the studio and on the stage before moving on to a choreographic career. The offspring of professionals in the field usually start clocking their hours even before they can walk.

Nevertheless, Welch, whose parents Marilyn Jones and Garth Welch were both principal dancers with The Australian Ballet and pillars in their country’s dance community, managed to grow up without taking more than an arbitrary jazz class until he was 17.

Still, one cannot have dancing parents without a great deal of exposure to the art form. It was the perspective he gained as an audience member that finally drew a teenage Welch into the dance studio, where he began an intense period of training and excelled, making his mother and father progenitors of what would become known as “The Royal Family of Ballet” in Australia.

Before dance, acting captured Welch’s attention. “I did some TV shows as a child and lots of film and acting lessons;” he recalls, “even writing plays and films.” –– transferable creative skills put to good use when, right away, as part of his dance training, Welch began to choreograph at his parents’ ballet school.

“I had always wanted to be involved in the creation as well as performing,” explains Welch.

And, create he did. His very first piece, “Hades,” made during his initial year of training, won numerous prizes and praise. Therefore, it should not surprise that only four years into his pursuit of ballet, he took on his first professional commission, creating “The Three of Us” for The Australian Ballet and “A Time to Dance” for The Dancers Company (the regional touring arm of The Australian Ballet) in 1990.

Patrons were already buzzing about Welch’s work when in 1994 his ballet “Divergence” debuted. A milestone work for the choreographer that continues to delight audiences worldwide, the sultry and virtuosic piece entered Houston Ballet’s repertoire on its 10th anniversary. Not yet another decade later, Houston audiences will likely find that the iconic “Divergence” remains as fresh and relevant as ever when it appears again this season in the mixed-bill “Rock, Roll, & Tutus.”

“Divergence” is not the only work Welch is dusting off in 2012. Though it has not sat long on Houston Ballet’s shelf, his darkly romantic (with a feminist twist) version of “Cinderella,” created in 1997 for The Australian Ballet, has a revival in late-February.

“Ballet is a living art form,” Welch explains. “The ballets don’t start to age until I am dead. Every revisit can feel new. Every time it evolves.”

Though he created “Cinderella” while still in his 20s, it was not Welch’s first full-length ballet. In 1995, The Australian Ballet gave Welch the opportunity to pour his passion for the opera, “Madame Butterfly,” into a ballet. The production received a standing ovation on its opening night and is frequently considered Welch’s signature work. Restaged by not only The Australian Ballet and Houston Ballet (look for it again in 2013), but also by companies throughout the world, “Madame Butterfly” resulted in the naming of Welch as a resident choreographer of The Australian Ballet and sparked a prolific period of dance making as his work became internationally sought-after.

Recognized as a choreographic shapeshifter within the dance world, Welch explores classical technique and execution while easily adapting to ballet’s contemporary or classical modes of expression –– all with a hint (sometimes more) of rebellion and defiance. Welch’s “Cinderella,” for example, is no waif pining for a prince. Instead, a tomboy that in the end –– well, let us not spoil the ending here. To say that it is a fairytale fit for young girls in the 21st century will suffice.

In 1999, Welch created his first work for Houston Ballet, then under the direction of Ben Stevenson. Veteran principal dancer, Mireille Hassenboehler notes that before “Indigo,” she had never danced in a ballet with bared legs and midriff.

“I think it was the first time I felt like a strong, sexy woman on stage,” she exclaims. Probably due to his early acting experiences, helping dancers develop a role is one of Welch’s strengths. “He is very good at communicating motivation and expectation,” says Houston Ballet principal, Melody Mennite, who has created roles in several of Welch’s ballets, including another strong female — the title character in “Marie,” Welch’s ballet about the doomed Marie Antoinette. Assuming artistic directorship of Houston Ballet in 2003 hardly inhibited Welch’s creative habit. He has premiered more than 20 ballets in less than a decade. He affirms that ideas for new ballets sometimes hit him suddenly, while others slowly come to a boil in his imagination.

For the triple-bill, “Rock, Roll, & Tutus,” which in addition to “Divergence” will feature the Jagger-inspired, “Rooster” by Christopher Bruce, Welch aims to debut a new piece that is the polar opposite of the other dances.

“I hope ‘Tapestry’ will be a very different type of work from the high-impact ‘Divergence;’ says Welch “I’d like it to be a very subtle, pastel, romantic work.”

Now in his early 40s, Welch has been creating diverse and notable choreography for nearly half his life. “We are preparing to do a newly composed score,” he divulges, “This is a new, difficult, and exciting frontier.”

It is just one more challenge to meet as he finishes his ninth season as Houston Ballet’s Artistic Director. Asked if his work has changed during this time, Welch’s answer is matter-of-fact: “I must focus not just on what I need as a choreographer, but also on what the company and the city needs.”

– NICHELLE STRZEPEK
Nichelle Strzepek is a dancer, writer, and the founder and editor of DanceAdvantage. net where she covers all things dance and dance training.