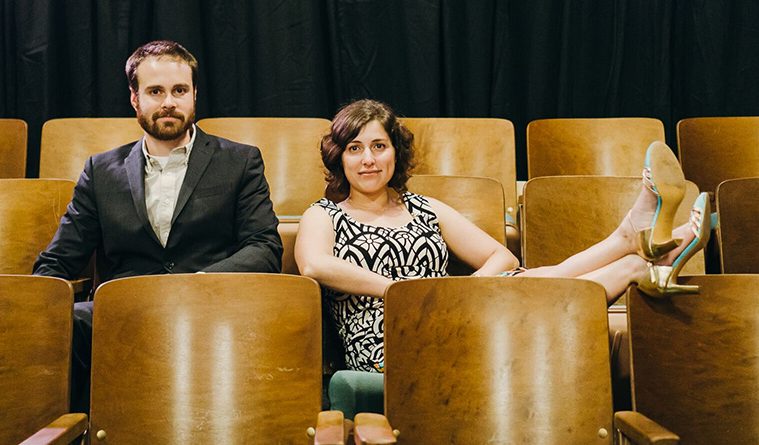 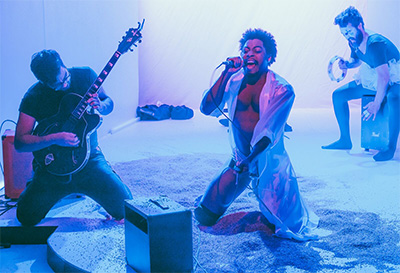 Though only two months old, Houston’s latest performing arts venue, the Rec Room, has established itself as a quirky alternative to traditional theater companies.

Rec Room founders Stephanie Wittels Wachs and Matt Hune have known each other since their school days at High School for the Performing and Visual Arts, where they both now teach. These educators, writers and performers offer original Rec Room programming that defies categories, such as My So Called Mondays, a parody of an online parody of the television show My So Called Life and a kind of celebratory-wake/concert/play Dead Rock Star Sing-a-Long Club and an upcoming iPhone film festival.

Rec also offers space for producers of alternative performing arts. Local comedians record podcasts, BETA Theater holds improv classes, and Horse Head Theatre Co. will debut its new season there with The Judgment of Fools beginning Oct. 25. After getting a tour of the facilities, A+C contributor, Tarra Gaines, sat down with Wachs and Hune to find out their vision for recreational theater in Houston.

In the last two or three years, Houston has seen the creation of several new theater companies as well as major venue renovations and new construction. How do you see the Rec Room fitting into the city’s theater scene?

Matt Hune: We looked at other companies around the world, asking ourselves who we want to be like. There’s a handful of companies like Joe’s Pub and UCB that are not theater companies.

Stephanie Wittels Wachs: UCB, Upright Citizens Brigade in New York… Amy Poehler started it decades ago. If you look at their schedule, they have programming every single night, multiple shows, all fun. It’s cheap. They’re serving alcohol. It’s a place to go to watch high quality, cool stuff any day of the week. We’re not improvisers, so that’s not going to be what we’re producing here, but that idea of making art accessible to young people is important to us. In Houston, what I see is a lot of older people who go to theater, and they’re great. They have money to go. But one of the things Matt and I talked about is that I don’t like going to theater. It’s a lot of work.

SWW: It’s a commitment. It’s two and half hours. Who has time for an intermission?

MH: I’m not saying our work is brilliant. It could be really bad and some people I’m sure will hate it. But we do want to offer something different. 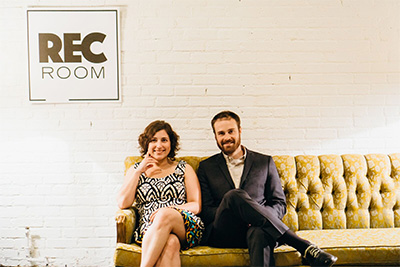 On the Rec Room website you state that difference pretty clearly with a philosophy page that encourages audiences to unwrap candies, come late, take photos and text all during shows, as long as they’re not a “dick” about it. Your mission is to “give Houston a place to play in the actual company of others.” Can you tell me what “play” means to you?

SWW: Fun is a big thing on our website. How else are we going to get people out of their houses. Tamarie [Cooper] and Jason [Nodler] of Catastrophic Theatre are great friends of mine and they do it so well. Their tagline is “We will destroy you.” They do all the pain and suffering, and they’re amazing at it. We want to do the opposite. We want this to be a place to play.

MH: We also want this to be a communal space. I think what keeps some people out of theater, and keeps me out of theater sometimes, is when I don’t feel like sitting in a chair being silent. Sometimes, I want to engage with people.

SWW: We call this a recreational performance space and social club. It is communal. If you go to a comedy club or improv or music venue, people are socializing. I think one of the things we have to figure out is that we have this small, intimate space. We had some touring comedians come recently who loved this space because they felt like we’re in it with them. We can’t fight against the space but embrace it and use it so we’re in it together.

Another big difference between Rec Room and many theater companies in town is that you are a for-profit performance venue. Why did you make the decision to avoid designating Rec Room a nonprofit theater?

MH: We have a lot of respect for the non-profit theater model, but for us it just doesn’t work, and we feel like it’s an old model. We’re trying to shake things up and find different sources of income other than public funding and grants. For some companies it works really well, but for some they are non-profit and it doesn’t work. For new companies coming up, sometimes the funding is just not available. We want to be self-contained and not have to look for donors all the time.

SWW: We see all of our friends who are doing non-profit and it’s just a struggle. I have worked for so long as an educator and I don’t want to have a committee anymore. The grant writing and the board politics, I don’t want that. So we’ll just do for-profit. 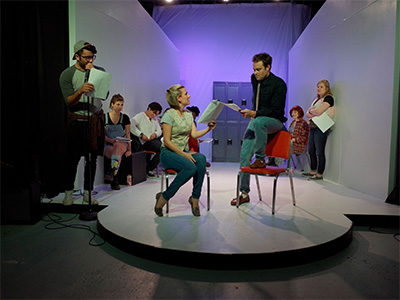 Gerardo Velasquez, Julia Krohn, Matt Hune in the Rec Room production of My So Called Mondays, Photo by Mike Wachs.

And part of that for-profit model means having a bar?

MH: I did a lot of research, and I’m modeling off one nonprofit theater company in San Francisco. People wouldn’t want to spend money on a ticket to go to the show but they would pay double that to get a drink after a show. So what the company decided to do was put a bar in and keep ticket prices low and that doubled their audiences sizes.

SWW: We’ll have a bar, but our bar is very Rec Room in flavor because we’re doing only cans of beer and wine. No liquor. They make these really great wines by the can now. It’s very Rec Room, easy.

SWW: We’re going to start a live dating show every Wednesday and we’re continuing the My So Called Life stuff. We have an idea for a storytelling show called Campfire that’s sort of like the Moth where we create a campfire environment and everyone gets a s’mores bag. We are working on a big festival for April, a festival of comedy, music, improv, writing workshops and television panels.