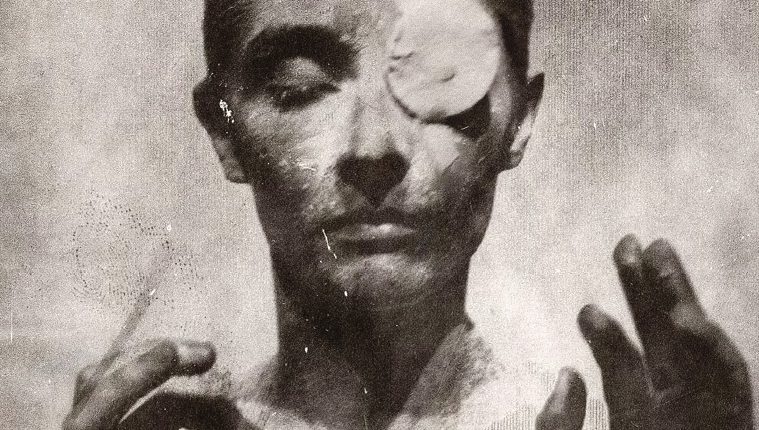 IRINA CHMYREVA AND EVGENY Berezner do not rush to answers. After each question, order there is a moment when they allow themselves a glance, and perhaps a few words in Russian. They then launch into long, measured responses that consistently and generously exceed the scope of my questions.

They are in Houston this year to ensure that the history of Russian photography becomes part of global memory and dialogue. Joined by compatriot Natalia Tarasova and FotoFest founders Wendy Watriss and Fred Baldwin, they form the curatorial team responsible for this biennial’s three centerpiece exhibitions, as part of “Contemporary Russian Photography,” which includes, “After Stalin, ‘The Thaw,’ The Re-emergence of the Personal Voice -1950s-1970s;” “Perestroika, Liberalization and Experimentation — 1980s– 2010” and “The Young Generation — 2009–2012.”

The three shows cover 60 years of Russian photography, and will feature the work of a 142 artists. We, in Houston, are about to witness something very rare. Chmyreva and Berezner are part of a relatively new breed: experts on the local history of the medium.

Chmyreva is the Senior Researcher at the Russian Academy of Fine Arts, and Berezner is the head of the “In Support of Photography in Russia” project at the Iris Foundation.

Galina Moskaleva, Untitled, 1993, From the Series “Reminisces of Childhood.”

In Russia, photography is just starting to be truly included into the official history of the Fine Arts institution. For decades, it was the province of private clubs, doggedly determined shutterbugs, and lone explorers. Photography had no official history, no official support structure.

Chmyreva provides an example from the drought: the Pushkin Museum in Moscow did not organize a single photography show from the mid-’30s to the mid-’90s, when they showed August Sander’s work.

Another example: for two years, a theater photographer, based in Siberia, received visitors from hundreds of miles away, aficionados that wanted nothing more than to consult a French photography magazine in his possession.

Because there was no official record or archive, there was no follow-through from generation to generation. Every couple of decades, a group of artists would emerge with a curiosity for the medium and a near complete ignorance of the previous generation’s efforts. By the ’50s, the medium was regarded with great suspicion by the Apparatchiks, and its dissemination suppressed.

When Perestroika and Glasnost came about, the people were hungry for reportage, and so the art motive for photography took a backseat to this new flowering of information. The last 60 years have been all hurdles and no course. To be clear, this expansive group of shows, this impressive number of artists, did not come from a void. Russia does have a strong tradition of pictorialist works produced in the late 19th and early 20th centuries. Photography was treated seriously as a craft, and for a long time one could study this craft at the School of Photojournalism. By the ’80s, The Institute of Culture had an amateur studio department of movement, dancing, and photography.

Don’t be distracted by the “amateur” designation. Alexey Titarenko, whose work is well represented in major photographic institutions here and in Europe, is a graduate. A strong relationship was formed with Czech photographers, and they occasionally showcased Russian work in their publications. The rare blockbuster show would be featured there. Remember, Russians got to see the August Sander archives years before his rediscovery in Germany, and Edward Steichen’s “The Family of Man” was shown in Russia four years after its New York run.

Each show provided validation for the directions that Russian artists had initiated or new approaches that they took up with voracious enthusiasm. Some of the big names visited: Robert Capa in the forties, Henri Cartier-Bresson in the ’50s and ’70s, Edward Weston and Ansel Adams also in the ’70s. Unfortunately, traffic in the other direction was more difficult for the reasons stated above. We have been getting a piecemeal account of the last century’s output of Russian art photography. Some of it has been beautiful, some of it disturbing, but most of it has been difficult to unpack. Boris Mikhailov’s awe inspiring works sometimes feel uncomfortably ambiguous in their provocations, and we are not talking about the kind of ambiguity that strengthens work, that is built-in. There is a definite lack of context that hampers what work we’ve seen so far.

Chmyreva and Berezner promise that this show will provide that context; it’s one of their principal goals for this biennial. The curatorial team wants to show us the through-lines of the Russian imagination and the general shape of their fears and hopes, the back and forth with Lithuania and Belarus. They hope that this work steps out of the realm of compelling curiosity and engages in full and dynamic dialogue with the other photographic practices and histories found on the rest of the globe.

To help optimize this great introduction, they’ve turned to Watriss and Baldwin, who have been tireless in their efforts to expand the dialogue of photography; in the past three decades, FotoFest has featured artists and movements from every corner of the globe.

They’ve introduced us to past masters and fresh new voices. To this day, they spend a significant portion of the year on foreign soil, forging new bonds and searching for new perspectives. If Chmyreva, Berezner and Tarasova provide the deep understanding of source and expression of Russian concerns, it’s Baldwin and Watriss who best understand how to intelligently approach global expectations for these exhibitions.

This group has been collaborating since the nineties. They’ve brought exhibitions from Russia, including the work of the pictorialists, and they’ve taken FotoFest shows to Russia, including their harrowing 9-11 installation. A few months ago, Baldwin and Watriss were part of an incredible initiative that, with the help of the Iris Foundation, brought 42 reviewers from 18 countries for an international portfolio review. They were welcomed by artists from the last three generations of Russian, Belarusian and Lithuanian photography.

Chmyreva and Berezner are confident in this curatorial group and its methods; they expect nothing less than, in their words, “a phenomenon.”

But what good are fireworks that fade into the night sky? Chmyreva and Berezner are looking at the biennial as a huge step, but they are keeping their eyes on the prize. There’s still a need for infrastructure for Russian photography. The curators hope that the interests sparked here will lead to opportunities abroad for Russian artists, and for institutions and individuals to invest into the past and future of this particular strain of photography.

“Each person’s imagination presents several dimensions relative to his relationships: the individual, the person as family member, as part of a village or city, as part of a state or government, as part of the global community,” says Berezner.

“All of these levels, can be captured and communicated by photography.”

For long decades, Russia has existed as a symbol to be used in other states’ narratives; Berezner sees the biennial as a chance to tell the story of Russia from the inside, to be known and understood finally. We tell each other stories, the same stories over and over again. Because we know that memories fail. And bodies rot. We tell each other stories so that they stop being your story, or, my story or, her story, or even their story. We tell them because we need them to be our stories, those things we share that insure that we will be remembered and understood.

FotoFest welcomes Russia to the global campfire. If only to atone for decades of Stallone & Co. shooting celluloid bullets into a nightmare version of the Soviet spirit. Join the huddle.

— SEBASTIEN BONCY
Sebastien Boncy is an artist and educator living in Houston.