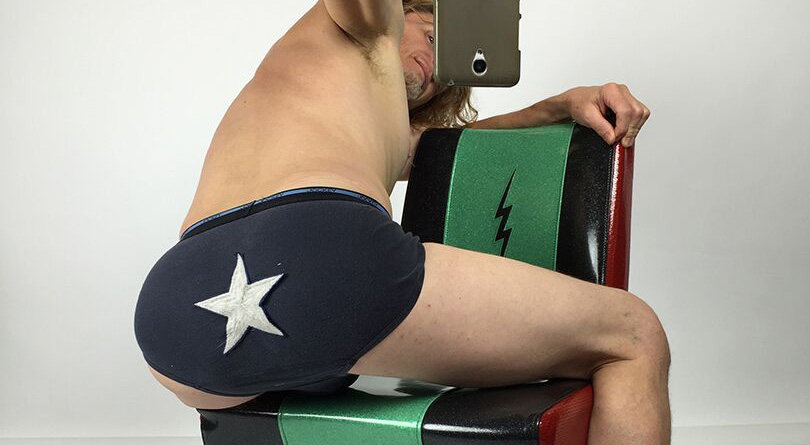 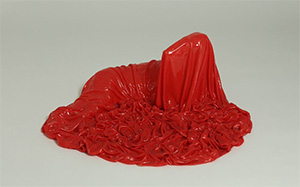 DALLAS/HOUSTON— Catch the work of longtime Dallas artist Frances Bagley in two shows in Texas this month. She takes part in a three person exhibition at Studio 1821 as part of Sculpture Month Houston through Nov. 19, in which you can see the abstract figures for which she is most well known. From Nov. 15-22, she fills the main gallery of Kirk Hopper Fine Art with an installation, The Lay of the Land.

more about Frances Bagley on A+C 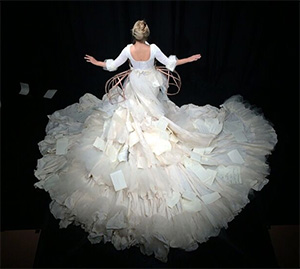 #9: The Other Mozart at the Tobin Center

SAN ANTONIO—  Silva Milo’s The Other Mozart was a huge hit when Lott Entertainment Presents brought the compelling one-woman play about Mozart’s forgotten sister Nannerl last season. Texans have another chance to see this stunning show on Nov. 17-19 at the Tobin Center for the Performing Arts.

Silvia Milo in The Other Mozart. Photo by Charlotte Dobre.

more about The Other Mozart on A+C TX 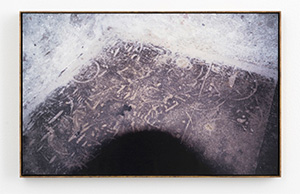 more about Harold Mendez on A+C 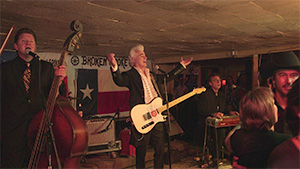 HOUSTON—Houston Cinema Arts Festival kicks off with Honky Tonk Heaven: Legend of the Broken Spoke at the MFAH. Highlights include films by Celia Rowlson Hall, a performance by Slanty Eyed Mama, with a screening of Happy Lucky Golden Tofu Panda Dragon Good Time Fun Fun Show, tribute to cinematographer Frederick Elmes, including a 30th anniversary screening of Blue Velvet and the Houston premiere of Jim Jarmusch’s Paterson and much more. Turner and Bill Ross’s film of David Byrne’s Contemporary Color concert closes the festival, which runs Nov.10-17 at MFAH, Sundance and other other venues.

Honky Tonk Heaven screens at the MFAH on Nov. 10.

more about the Houston Cinema Arts Festival on A+C 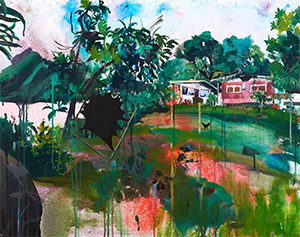 AUSTIN— Big Medium’s wildly popular East Austin Studio Tour returns for two weekends this month, Nov. 12-13 & 19-20,  allowing visitors a peek behind the scenes at the creative process of some of the city’s best artists.

Melissa Loop, A Place By the Sea, Courtesy grayDuck.

more about the East Austin Studio Tour on A+C 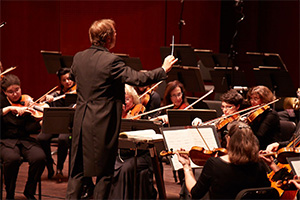 more about the San Antonio Symphony on A+C 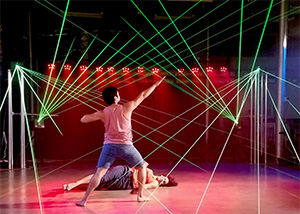 SAN ANTONIO—Luminaria is one of the can’t miss art events in San Antonio. This contemporary arts festival spans medium filling the Hays Street Bridge, the Carver Community Cultural Center and the Dignowity and Lockwood Parks with dance music, and visual art. The various activities run from Nov. 9-12.

Amber Ortega-Perez and Charles Perez in The Proximity of Being, film by John A. Borrego, creative direction by Barbara Felix. Photo by John Ward.

more about Luminaria on A+C 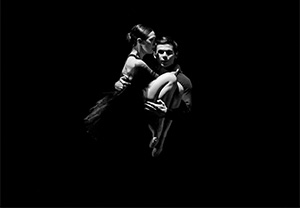 Kimi Nikaidoh and David Escoto in Bruce Wood’s No Sea to Sail In. Photo by Sharen Bradford, thedancingimage.com.

more about Dance on A+C 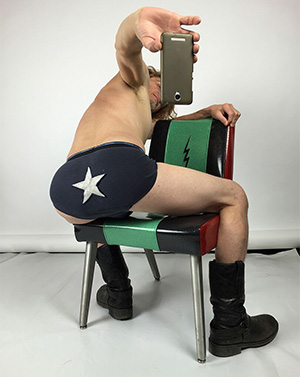 DALLAS—Heyd Fontenot’s drawings and paintings often feature his friends…naked. The resulting images are more whimsical than scandalous, often becoming personality portraits conveyed through exaggerated features and the soft edges of a human body.

For his exhibition at Conduit Gallery, KULT KLASSIC, Fontenot’s work takes a slight detour into the decorative arts to explore consumer culture and domesticity.  A solo exhibition by Ludwig Schwarz will show in conjunction through Nov. 26.

more about the Visual Arts on A+C 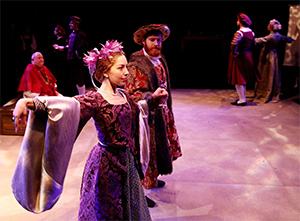 HOUSTON—Main Street Theater presents Wolf Hall, which depicts the rise of Thomas Cromwell in the court of Henry VIII across two plays: Part One: Wolf Hall, through Dec. 18 and Part Two: Bring Up the Bodies, through Dec. 19 at their Rice Village location. MST is the first U.S regional company to attempt the historical drama, which has graced London and Broadway stages in recent years.