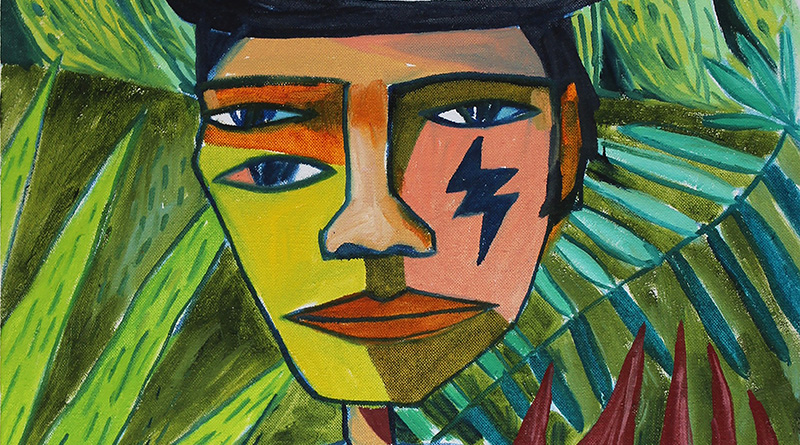 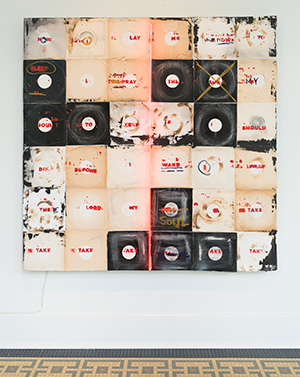 #10: The Texas Biennale at Big Medium

AUSTIN—After a hiatus, Big Medium’s Texas Biennial is back with TX17, this time with curator Leslie Moody Castro, who spent the summer months driving across the Lone Star State to visit with artists who submitted work for the exhibition (any artist living within 10 miles of Texas’ border could apply).

That opened the opportunity to artists in New Mexico, Oklahoma, Arkansas and Louisiana — and those along Texas’s 790-mile border with Mexico. The result is a thoughtful survey of work by 33 artists, selected from over 1200 submissions, on view through Nov. 11.

more about the Texas Biennale on A+C TX 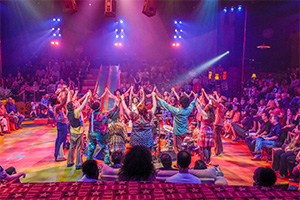 DALLAS—The Tony Award-winning Dallas Theater Center is full of surprises, and their immersive production of Hair, directed by DTC chief Kevin Moriarty, is one of them. Moriarty explains, “In the same way that the hippies were questioning the assumed principles of life, the musical Hair attempts to break all the rules of what a well-made play should be. What Rodgers and Hammerstein did to establish the virtues of a great musical, Hair attempts to subvert, largely doing away with the primacy of narrative as the driving force.” Hair runs through Oct. 22 at the Wyly Theatre.

The Cast of DTC’s Hair.
Photo by Karen Almond.

HOUSTON—Nick Vaughan and Jake Margolin pull from their respective backgrounds in visual and performing arts to draw lines between LGBTQ histories in the U.S. and contemporary queer experiences. 50 States: TEXAS will be shown as part of FotoFest/HCP‘s re/thinking photography Conceptual Photography from Texas, Oct. 20 through Nov. 25. Additionally, The Scene: (Houston 1969-1981), an exhibition of cut maps showcasing the diverse and thriving drag scene in the time between the Stonewall Riots and the beginning of the AIDS crisis, is on view Oct. 10 through Nov. 13 at Houston Community College’s Wedge Space.

The Scene – Detail (Naomi Sims, 1981). Based on a photograph in This Week in Texas (TWT) archived by GCAM – Gulf Coast.
Archive and Museum of GLBT History.
Photo Credit: Nick Vaughan 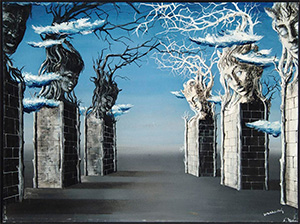 SAN ANTONIO—San Antonio’s McNay Art Museum celebrates the Halloween season with two Tobin Collection exhibitions:  Stage Frights: Madness, Monsters, Mayhem, which is divided into six themed sections: The Tyrants, Mad Slashers, Bound for Hades, Beyond the Grave, Night Terrors and Magical Realms, and Behind the Screen: Tim Burton’s The Nightmare Before Christmas, which features two of the animated film’s sets, as well as the puppet of Jack Skellington. Both scary shows run through Dec. 31.

Georges Wakhévitch French, born Russia, 1907-1984
Scene design for Beauty and the Beast ca. 1954
Gouache on paper, mounted on board
Gift of Robert L. B. Tobin. 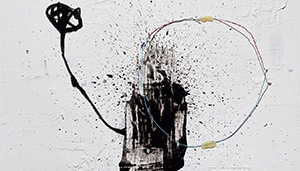 HOUSTON—Two David McGee exhibitions are up this fall: the first, a daring break with the figurative work for which McGee is well known, on view through Oct. 21 at Texas Gallery; the second, a 20-year retrospective at the Houston Museum of African American Culture curated by fellow artist Benito Huerta, Nov. 4, 2017 through Jan. 12, 2018. 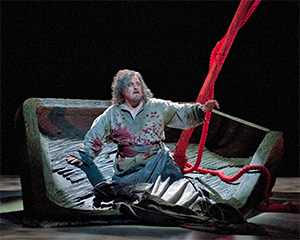 Clifton Forbis as Tristan in the Dallas Opera production of Tristan and Isolde.
Photo by Karen Almond.

more about the Dallas Opera on A+C TX 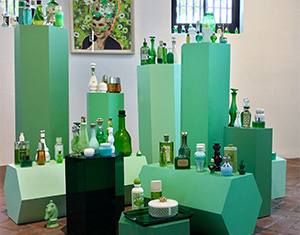 ALBANY—Kelly O’Connor’s work is on display at the Old Jail Art Center through Feb. 3. The installation, part of the Center’s Cell Series, explores two places—one imaginary, one real—important to the San Antonio artist, and includes her signature collages, technicolor wasp nests, and other curiosities. 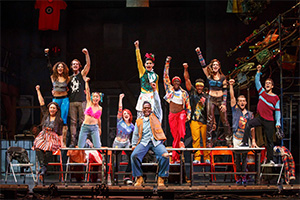 The National touring cast of Rent.
Photo by Carol Rosegg. 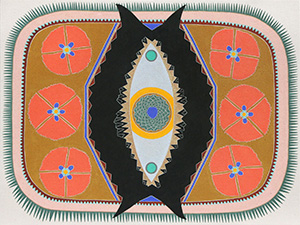 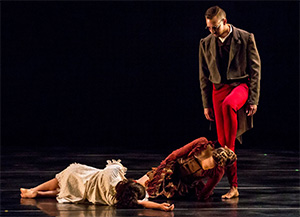 DALLAS—Dark Circles Contemporary Dance makes its Elevator Project debut with Joshua L. Peugh’s new works, Big Bad Wolf and Les Fairies, Oct. 19-21  in the sixth-floor black box at the Wyly Theatre. Peugh mined many versions of this classic tale to get to his Wolf, which, knowing his wildly idiosyncratic vocabulary, will be uniquely his own. Peugh explains, “It’s the same character in these really spread out, culturally diverse places, the same story —adults using an imaginary figure or cautionary tale, some sort of boogeyman, to elicit good behavior. It’s interesting to me that we do that as humans worldwide.”