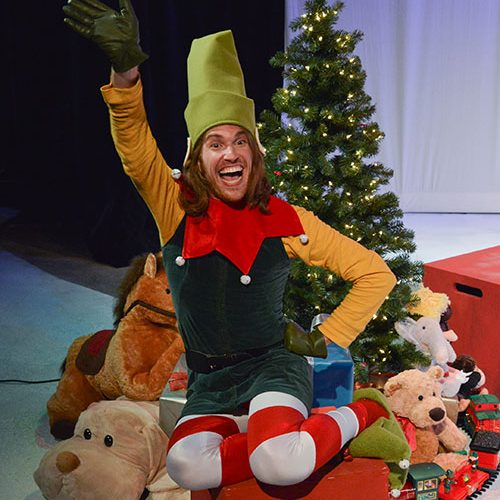 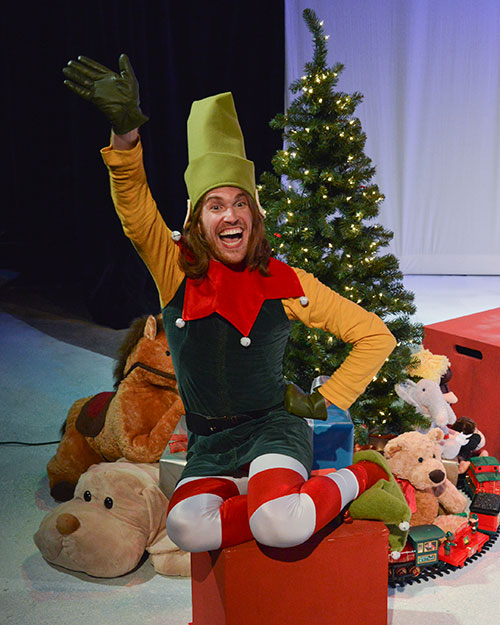 Garret Storms Returns to The Santaland Diaries at WaterTower Theatre

For some people, holiday time is not all sugar plums and candy fairies. Just ask anyone working retail this time of year. That’s the stark reality that bestselling author David Sedaris uses as the setting for his sardonic Christmas-time play, The Santaland Diaries, making a return engagement at WaterTower Theatre through Dec. 28.

Garret Storms returns in this hilarious one-man show as Crumpet the Elf, a down on his luck actor who takes a seasonal job as one of Santa’s elf helpers at a local Macy’s department store. At first the job is simply humiliating, but once the thousands of visitors start pouring through Santa’s workshop, he becomes battle weary and bitter. Taking consolation in the fact that some of the other elves were television extras on One Life to Live, he grins and bears it, occasionally taking out his frustrations on the children and parents alike. A + C’s Dallas theater writer Scot Hart caught up with Storms on a break from the madness to ask him about life in the North Pole (and other warm and fuzzy holiday memories.)

This is your second year playing Crumpet the Elf. Is this going to become a signature role for you?

I’m not sure, but either way, I was excited to get the offer to do it again.

Why did you want to return to this character? What is most attractive about the role?

The sense of humor of the piece is a big draw. It’s the holiday season as only David Sedaris can conjure it.

How do you keep the production fresh, given it’s a 1-person show?

It really is the audience. In this show, the audience is as much a part of the play as I am, so they really help to steer the sleigh, as it were. And each audience is different, so it stays fresh because the audience is constantly keeping me on my toes. The most rewarding part is when you feel them collectively buckle up, and you know they are in for the ride. 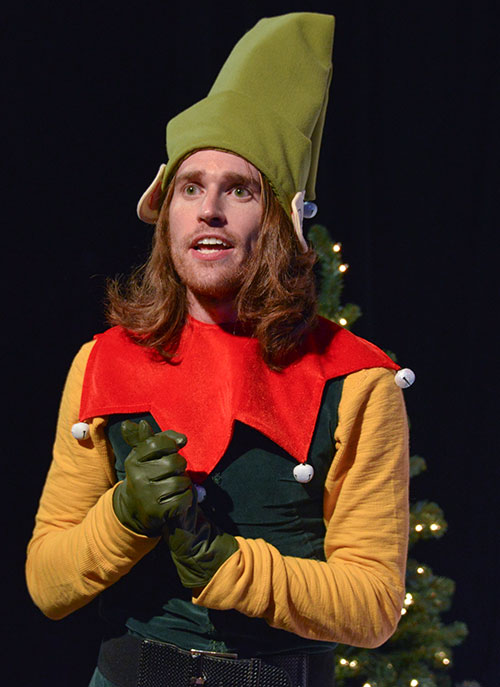 Why do you think The Santaland Dairies has become so popular, when it really is almost anti-Christmas?

Even though it’s sort of an alternative to those typical holiday shows that everyone loves so much, The Santaland Diaries is universal in its own way: we’ve all been down and desperate, we’ve all laughed in awful situations, and we certainly all understand the madness of the mall at Christmas. The way an audience can relate to this show is so real. You think “I’ve done that too!” or “I know EXACTLY what he’s talking about!”. It’s great to have an audience connect on that level, not only to the show, but with each other. I think the show’s popularity can be attributed to that. And it’s funny too.

We only see Crumpet on this one day. What is his life like the rest of the year?

He probably does whatever he can to scrape by between auditions for his favorite soap operas.

Did you have any favorite holiday shows or traditions as a kid?

Since I was young, I have watched Home Alone around the holidays. It doesn’t feel like Christmas to me until I watch a kid totally own a couple of thugs through a carefully designed labyrinth of booby traps.

Do you have a favorite Christmas song or least favorite?

The first thing that comes to mind is ‘Have Yourself A Merry Little Christmas’ from the (Judy Garland) movie Meet Me in St. Louis. It is comforting and warm but haunting at the same time. I don’t know that I have a least favorite Christmas song, but I’m sure there are plenty out there that would drive anyone crazy.