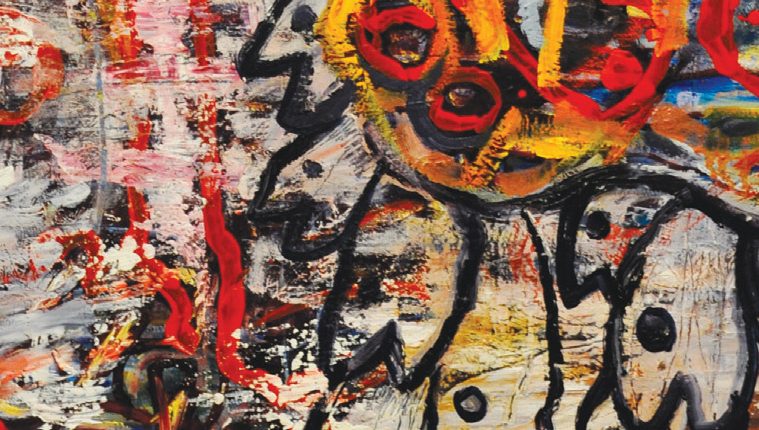 The Conductivity of Collectivity

Whether formally organized co-ops (comprised of managing members who are equal owners and shareholders) or loose-knit groups of participants (those with common interests working together) — and all versions in between — the artist collective (an identified group of people who share goals and pool resources, usually sharing a physical space) has found its staying power in Houston.

Spend time at any one of Houston’s collaboratively-run project spaces, exhibitions, or events and you’ll see the diversity, passion, and energy that comes with working together.

Take for instance Archway Gallery, Houston’s longest living artist-owned-and-operated gallery. It opened its doors in 1976 because, in part, artists wanted direct control of the environment, promotion, and sale of their artwork. No middle-man-gallerist here.

Archway is a co-operative, the formal definition of which is “owned and managed by the people who use its services and/or by the people who work there.” For Archway this means exhibiting a wide range of traditional media art (painting, sculpture, pottery, etc.) made by co-operative member artists who, in addition to their individual practices, each adopt specific volunteer administrative roles within the gallery (director, curator, etc.). This “one artist, one vote” approach ensures that members have democratic control over the creative and economic health of the gallery.

“Archway is unique in that each month the artwork is rotated and everybody’s work is always on display,” says John Slaby, artist and director at Archway, which currently has more than 30 members.

Similarly rooted in Houston’s art history and contemporary activity is the Community Artists’ Collective, which is in the midst of celebrating its 25th anniversary, with a culminating event tentatively slated for mid-November.

The Collective’s co-founder and executive director Michelle Barnes calls the organization a “collective” because of the vision for their structure, which she briefly describes as “decision-making based on the input of an expanding circle of creative individuals to improve the quality of life for Houston and the region.”

“The greatest benefit of working collectively is the efficient use of resources through shared responsibility and accountability among groups that have overlapping objectives,” says Barnes. “The greatest challenge is matching the values, skills, aspirations, and interests of people who are considering getting involved with The Collective with real work that can be accomplished to our mutual benefit.”

Another popular studio space is BOX13 ArtSpace where, according to artist Monica Foote, the primary objective is to provide an innovative environment for the advancement of experimental contemporary art in Houston. Though BOX13 artists work together to collectively manage the space and some have collaborated on various projects, the artists keep their practices separate.

Raul Gonzalez, visual artist and Montrose Art Society director of public relations, says the society started in May 2010 as a group of artists who didn’t want to wait around for gallery representation. Instead, they did whatever they needed to do to organize their own art exhibitions.

“Making time for art is what we push each other to do,” he says.

Others not waiting around, are the artists and organizers of SKYDIVE Art Space, who aim to broaden the spectrum of the dialogue in Houston by bringing in artists from outside of Texas and hosting a range of art practices that push the limits of their material forms.

El Rincón Social (The Social Corner), on the other hand, works through and expands from local means.

According to exhibitions coordinator Juan Alonzo, the spirit of El Rincón Social lies in the collaborative nature of a self-sustaining community that is “earned and built, not bought.”

“Each who arrives here has something to show and teach, and likewise will find something to see and learn,” he says. “The challenge of collective and collaborative endeavors is in the balance of independent thought and universal engagement — in the task of sustaining a creative ecosystem that allows for personal growth while simultaneously maintaining a mindful objective to have a proactive relationship with our community.”

These are hardly the only local collectives around. I’ve barely scratched the surface. It’s up to you, collective art lovers, to dig deeper into the scene. Revisit your favorite venues and projects, then introduce yourself to new ones.

–NANCY ZASTUDIL
Nancy Zastudil is an itinerant curator who, through support and inspiration from her Houston community, co-founded a collective of her own: PLAND.