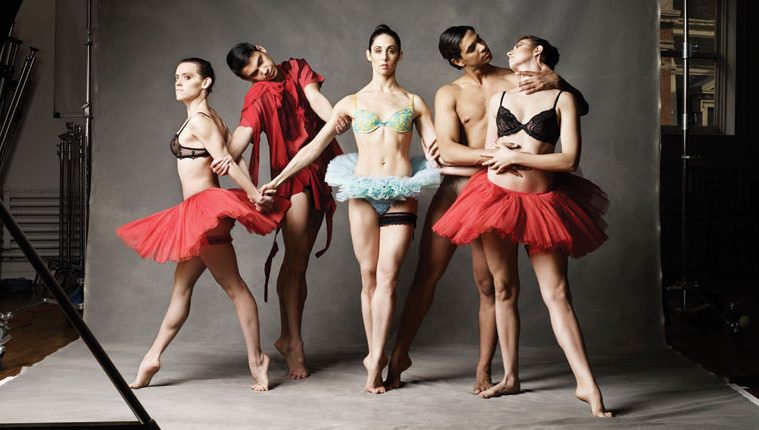 The Drama of Dance

Since founding his company in 1984, pharmacy Stephen Petronio has created a new world of dance: one that is reminiscent of the way it used to be. Where visual artists create set pieces and costumes for dancers, where musicians want to play live and compose original scores, and where fashion and pop culture live and breathe. It’s like the Fluxus Movement is still alive.

Maybe it’s because Petronio was trained by experimental dancers Steve Paxton and Trisha Brown of the Judson Dance Theater — where contact improvisation ruled and the physical laws of friction, momentum, and gravity were tested. He went on to form his own extreme movement vocabulary, and now, nearly 30 years after founding his own company, the New York-based artist continues to create provocative productions that leave us wanting more. For the first time, Petronio and his dance team will be coming to Dallas, appearing at the Winspear Opera House on November 16. TITAS is producing the show.

A+C: How did you first gravitate to dance?

Stephen Petronio: I didn’t start dancing until college. Before that I had no exposure to dance. I was attending Hampshire College, pre-med, and I was dating a girl at the time who thought I would do well in a dance class. So I said, “What the hell?” I enrolled in an improvisation class and it changed my life.

A+C: You went on to dance for Trisha Brown after college. What was that experience like?

SP:  Wonderful. I was 21 years old when I started to work for Trisha, and she made me feel like an adult. I was actually the first male dancer in her company [up until 1979, it had been an all-female company], so there was a learning curve I had to overcome. It was so interesting, because, here were all these sophisticated, gentle creatures who moved with such ease, and I was this big, burly guy coming in and stomping all over the place! It was amazing! Trisha is one of the smartest, funniest, most hardworking living artists. It was a dream come true to work for her.

A+C: How did you go about starting your own company?

SP:  I think it might have happened the minute I started dancing. My training began in improv, so I was always “choreographing,” creating. Always performing. I really hadn’t planned on having my own company, but it was sort of a natural progression. I was working with Trisha and she fostered the idea, and I just kept working.

A+C: How do you maintain an interest in your work, since your company is about 30 years old now? How do you keep it fresh?

SP:  I approach it as a daily meditation, a practice, something that I keep diving deeper and deeper into. Making work is an investigation. And I work collaboratively with other artists and my dancers. Also, my process is rooted in contemporary music, visual art, and fashion, so that is always changing and becoming something new, and as a result, so is my work. But I can’t lie, there have been those days, when the bills come and you’re faced with year-to-year debt, that the thought to quit has crossed my mind. Should I quit now? Should I take the money we earned from this year’s show, pay all the bills and just stop? Dance is a difficult financial road and the temptation to leave exists. But it’s a path I will never take. Never.

A+C: Is your work “dance” or “performance art?”

SP:  It’s dance for me it’s an expanded vision of dance, a highly sophisticated way of moving. But it is a combination of contemporary ideas and music and fashion, and I think it’s great that you see it as “art,” because I do too.

A+C: Your choreographic style is energetic and intense. The dancers move and explode. How did you decide that this was your style?

SP:  Oh, I think it came from me. I’m an Aries, so I’m fiery in nature! I love a continuous explosion of movement. How it makes me feel, how it makes others feel. To me, it’s a visual orgasm. It’s fireworks, and I love the architecture of fireworks. Moving this way is natural for me. I think it’s something that you are born with and you just have to fine-tune it.

A+C: For “Underland” (from which excerpts will be performed when the company comes to Dallas), you worked with Nick Cave to create the score. How did his music directly inform your choreography?

SP:  Well, there were several murder ballads he wrote about the subconscious of the criminal, and one of them was called “The Mercy Seat.” In Judaism, the mercy seat is the golden throne that sits about the Torah; in this song, it represents the electric chair. The song is about a man who is walking to his death with a great sense of elevation and release from human life. Death is a portal for release. So for me, that became about jumping and flying through space and elevation into the air.

A+C: How exactly did this collaboration come about?

SP:  “Underland” was originally commissioned and set on the Sydney Dance Company and premiered in 2003. When they asked me to make a piece for them, I immediately said, ‘I’ll do anything with Nick Cave.’ It just popped out of my mouth, and that’s how it all started! It all began with his music. And then it became influenced heavily by this post-9/11 era we will in; it’s a surreal exploration of the darker side of the human experience.

A+C: What else are you bringing with you when you come to perform in Dallas?

SP:  We will also be bringing “The Architecture of Loss.” It’s a meditation on the ephemeral nature of dance. It’s a quiet piece, and was conceived as a location, a place constructed on the notion of disappearing, receding, and falling apart.