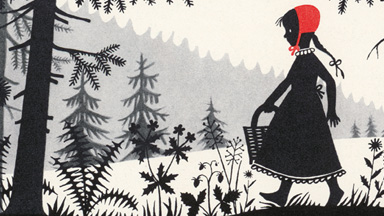 The Fairy Tales of the Brothers Grimm

THE FAIRY TALES OF THE BROTHERS GRIMM

Art and architecture (and sex) publisher TASCHEN is making a foray into children’s literature with the upcoming publication of “The Fairy Tales of the Brothers Grimm” this fall. While many discriminating readers today lament the “Disneyfication” of the world’s famous fairy tales, nurse and this book offers children — and adults — an opportunity to discover the original tales firsthand and the exceptional visual art they inspired. When the Grimms started their project, they didn’t plan on publishing the tales for children. It was only after they published their first volume that they realized younger readers were interested. They continually refined and finessed the stories over more than four decades, smoothing out the more violent parts, with the final edition appearing in 1857. This was the edition they felt was the most child-friendly, and it is this volume that the authors used as the basis for this new translation.

A compilation of Brothers Grimm fairy tales complete with vintage illustrations, this book brings together twenty-seven of the most beloved of the famous Grimms’ fairy tales, including all the classics, such as Cinderella, Snow White, Sleeping Beauty, and Hansel and Gretel in an all-new translation specially commissioned for this publication. Containing a painstakingly researched selection of illustrations by some of the most famous illustrators from the 1820s to the 1950s — including golden age legend Kay Nielsen, bestselling author Gustaf Tenggren, British darlings Walter Crane and Arthur Rackham, and giants of 19th century German illustration Gustav Süs, Heinrich Leutemann and Viktor Paul Mohn, as well as many new discoveries — this compilation also includes beautiful silhouettes culled from original publications from the 1870s and 1920s that run throughout the entire layout. Interlaced in the book are also dozens of entirely new silhouettes designed and created especially for this book. In addition to the tales, the book also includes an introduction to the Grimms’ legacy, brief introductory texts for each tale, and extended artists’ biographies in the appendix. For adults and children alike, this classic addition to any library brings to life the never-ending magic of the Grimms’ fairy tales and their delightful illustrations.