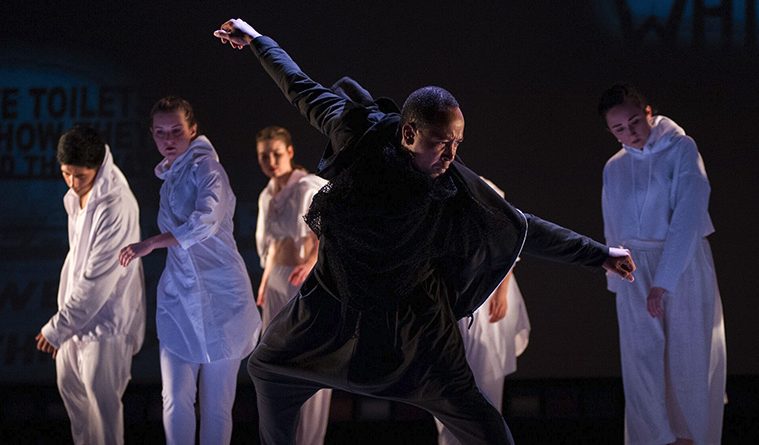 The Geology of Art: Fusebox Festival 2018 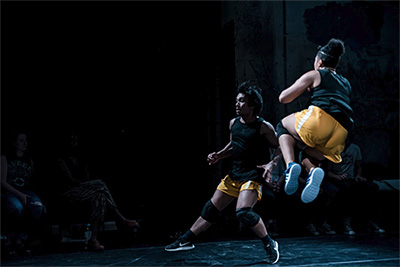 Abby Z and the New Utility perform Abandoned Playground as part of Fusebox, April 20-22 at Rollins Theater, The Long Center for the Performing Arts. Photo by Effy Falck.

Art is like a rock; or, more precisely, a cross-disciplinary performing and visual arts festival is like a geological epoch. If that doesn’t sound like a perfectly reasonable simile, try hanging out at Austin’s Fusebox Festival this April 17-22. Then you’ll understand…or maybe you’ll walk out of five days of free experimental and cutting-edge performance art in a state of enlightened bewilderment thinking: what the hell was that?/I loved every minute of it! Same difference.

Once again, Austin takes keeping it weird to its Platonic ideal with the 2018 Fusebox Festival, bringing local, national and international artists to perform and create a kind of temporary art community with Austin (and beyond) audiences.

While Ron Berry, Fusebox founder, doesn’t program with a particular theme in mind, two new curators on the Fusebox team, Anna Gallagher-Ross and Betelhem Makonnen have collaborated with Berry on a new vision of this year’s fest as a whole. After a series of conversations, they began noticing thematic threads or currents moving within the festival, but they thought of those threads as strata.

“Inspired by geological cross-sections of rock that contain diverse strata, we thought it would be fun to imagine the substance and structure of the 2018 festival as a kind of fantastic geology,” explains Berry in a recent conversation. “If we took a core-sample from the various artistic projects that intermingle and converge over the festival, what would that look like?”

In that sense, the festival becomes a mountain or plateau, and the performances and projects the layers of art that create it. Through these continuing conversations about the lineup, they also decided to bring time into their metaphor and think in terms of geological epochs.

“When you look at this geology of a festival and take a cross-section of it, it no longer becomes linear but all these different moments and currents exist together and across from each other at the same time,” says Berry. “That became a powerful way to think about history and this moment that we’re in.” 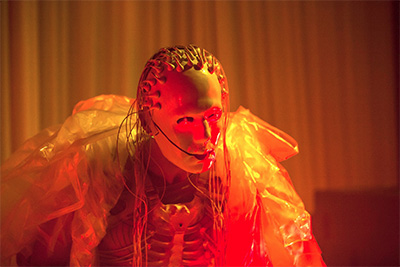 The epochs “speak to each other and they overlap. They don’t subscribe to the diagrams that we’re familiar with in geology,” explains Gallagher-Ross, describing these thematic epochs as “tectonic plates converging, colliding and informing one another.”

This is Fusebox, so don’t expect conventional categories of genre or even current issues. Instead, working with Austin-based writer Steve Moore, who will help create a festival catalog, they named their epochs  Fang, Matter, Fluidity and Clamor.

Makonnen adds that rebellion can come from “resistance of a life existing in a system that either marginalizes you, erases you or identifies you and tries to fit you as one thing.”

Other choices to represent an epoch are a bit more natural, like Grackle Call by Collide Arts/Steve Parker, an audiovisual tour/experimental birding expedition through the wilds of Austin to explore the common grackle, a prehistoric looking creature that “still roams Austin and steals your sourdough bread,” says Berry, and so rightly represents all things wild and undomesticated in the Fang epoch. 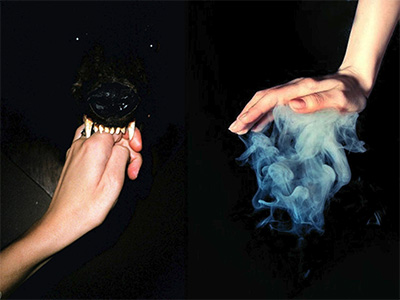 Kate McIntosh performs In Many Hands, April 18-19 at Rollins Theater, The Long Center for the Performing Arts. Photo by Mandy-Lyn/ Unknown.

Fluidity could mean hybridity or works that deconstruct classifications, like Justin Shoulder’s late night Hub show Carrion in which he’ll use costume, sound and prosthetics to create otherworldly creatures, transcending genre, form and gender. Fluidity’s amorphous meaning could spread to the flow of time, as when the Canadian performing arts group Mammalian Diving Reflex works with local seniors to journey back and forth through time riding memory to recount their lives and the sex in their lives in All the Sex I’ve Ever Had.

Even a cursory glance at the expansive 2018 schedule finds many immersive performances and projects calling for audience participation, but for those that ask a very direct engagement between artist and audience, the team names them works of Matter.

“A lot of the projects in this year’s festival are very intimate, whether a one-on-one performance between an audience member and performer or whether it’s a community of audience members coming together to look at something. We’re excited about the fact that a lot of these works are about touch, matter, interaction, participation and a communal gathering together,” explains Gallagher-Ross.

Kate McIntosh’s In Many Hands asks audience members to experience her mostly textless, voiceless work through props and touch. After listening to a refugee’s story, fest-goers experiencing Tania El Khoury’s As Far As My Fingertips Take Me will take away their own piece of art as a part of them, literally, in the form of a mural drawn on their arm. In a work that’s both an installation and performance, Race Card, Selina Thompson asks individuals to answer and discuss one of her 1000 questions about race she’s written on individual cards.

“It’s kind of the festival responding to this state of polarization that we seem to be in now, a sense of removal even though we are inundated with so much information through our feeds,” describes Makonnen. “There is a need for us to encounter each other in our bodies with touch and connection. I think this year’s festival will provide that space.” 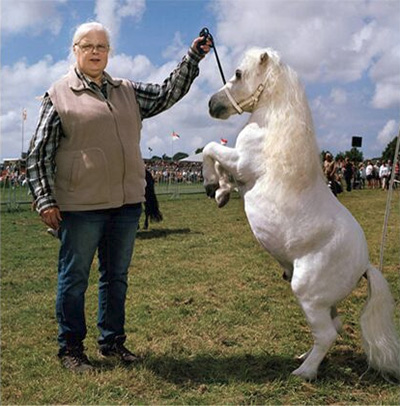 But like those tectonic plates shifting, many of the performances might fall into more than one epoch, perhaps the mysterious latest work from Austin’s Rude Mechs. The one man show, The Cold Record, written and performed by Kirk Lynn, is likely to ask for audience interaction in a very punk rock, wild way. Or maybe not. The Fusebox team remained mum about a show that makes the audience promise not to speak about it afterwards.

The $25 catalogue chronicling this year’s Fusebox will contain essays about the performances, as well as commissioned visual art and even recipes representing Fluidity, Fang, Clamor and Matter. They’re thinking of the Festival book as an object of art audiences can take home to hold long after the Fest.

Expanding Fusebox past those five days of festival is a focus for Berry and the new curators. They continue their commitment to doing civic projects addressing Austin’s real estate issues. They recently co-presented Fest-alum Joseph Keckler at the Long Center, and continue to expand their online platform Written & Spoken year-round with essay, podcasts, videos and interviews.

“People ask what do you do the rest of the year?” muses Berry. “We’re always in regular conversations with artists, curators and colleagues all over the world. Those conversations are really exciting, and we thought this was a meaningful way to share in the work we do year round.”