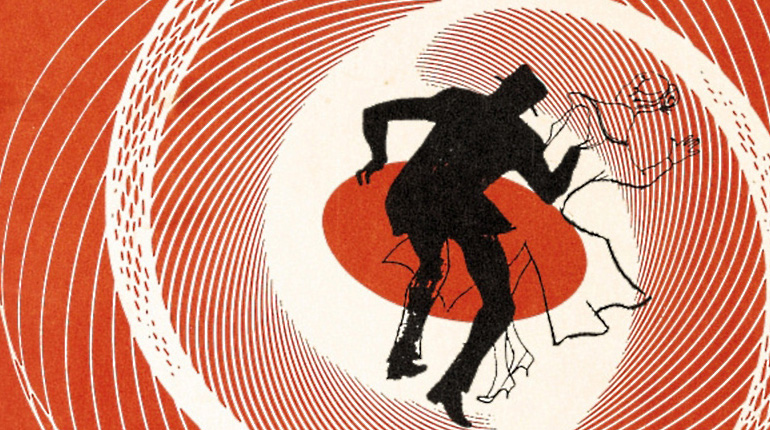 The Gift of Reading

Some of these books are admittedly too big to stuff into a stocking, but each one is a gift worth giving, or receiving, this holiday season.

This is the first book to be published on one of the greatest American designers of the 20th Century, who was as famous for his work in film as for his corporate identity and graphic work. Saul Bass (1920-1996) is probably best known for his inventive title sequences. Most movie titles prior to 1950 were simply a frame with the name of the movie, but Bass made his sequences dance around to jazzy scores in inventive and colorful ways, like his poster for Alfred Hitchcock’s classic, Vertigo. With more than 1,400 illustrations, many of them never published before and written by the leading design historian Pat Kirkham, this is the definitive study that design and film enthusiasts have been eagerly anticipating. From the iconic cover image to the unique illustrated footnotes, Saul Bass: A Life in Film & Design is a real design treat.

THE ART OF PIXAR

The Art of Pixar is a gorgeous book that represents the humble beginnings of an animation studio that is now loved by fans worldwide. From classics such as Toy Story and A Bug’s Life to recent masterpieces such as Up, Toy Story 3, and Cars 2, this comprehensive collection offers a behind-the-scenes tour of every Pixar film to date. Featuring a foreword by Chief Creative Officer John Lasseter, the complete color scripts for every film published in full for the first time as well as stunning visual development art, The Art of Pixar is a treasure trove of rare artwork and an essential addition to the library of animation fans and Pixar enthusiasts.

The Art Museum is the finest art collection ever assembled between two covers. This revolutionary and unprecedented virtual art museum in a book features 1,000 oversized pages of over 2,500 works of art. It is the most comprehensive and visually spectacular history of world art ever published. Ten years in the making, this unique book was created with a global team of 100 specialists in art history, who have collected together important works as they might be displayed in the ideal museum for the art lover. “The Art Museum” is a wonderful way to start a journey of understanding art in its many incarnations and flavors, but like a rich dessert, it is best digested in small bites.

Published in conjunction with the first large-scale, multi-medium, posthumous retrospective of Willem de Kooning’s career, this publication offers an unparalleled opportunity to appreciate the development of the artist’s work as it unfolded over nearly seven decades, beginning with his early academic works, made in Holland before he moved to the United States in 1926, and concluding with his final, sparely abstract paintings of the late 1980s. The volume presents approximately 200 paintings, sculptures, drawings and prints, covering the full diversity of de Kooning’s art and placing his many masterpieces in the context of a complex and fascinating pictorial practice. An introductory essay by John Elderfield, MoMA’s Chief Curator Emeritus of Painting and Sculpture, provides an in-depth exploration of de Kooning’s development, context and sources, theory of art and working methods. With lavish, full-color documentation, this landmark publication is the most complete account of the artist’s artistic career to date.

In the early 1990s, celebrated graphic designer Paula Scher (Make It Bigger, 2002) began painting maps of the world as she sees it. The larger her canvases grew, the more expressionistic her geographical visions became. Displaying a powerful command of image and type, Scher brilliantly transformed the surface area of our world. Paintings as tall as twelve feet depict continents, countries, and cities swirling in torrents of information and undulating with colorful layers of hand-painted boundary lines, place-names, and provocative cultural commentary. Collected here for the first time, Paula Scher MAPS presents thirty-nine of Scher’s obsessively detailed, highly personal creations.