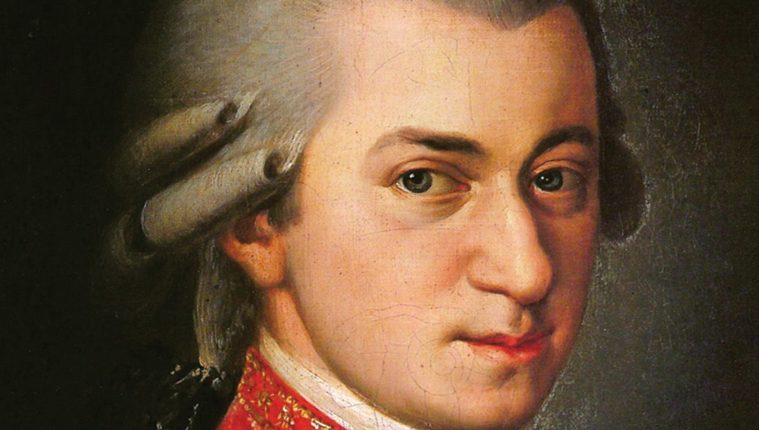 The Magic of Mozart

Mozart’s birthday is January 27. (He’ll be 257 years old.) So is that why the DSO is presenting back-to-back all-Mozart subscription concerts this month? It’s not a bad reason to celebrate – but there are so many better ones.

The fact is, Mozart is everyone’s favorite composer. Not every individual, but Everyman. More recordings are available of Mozart’s music than of any other composer. That alone is ample evidence of his widespread popularity with the general public. Children beam with pleasure when they hear the lovely strains of Eine kleine Nachtmusik and Papageno’s arias from The Magic Flute. As for adolescents, much of their generation may temporarily eschew all classical music as uncool (or some other less savory adjective), but eventually it is Mozart’s music that draws them back, whether through the magic of The Marriage of Figaro, the majesty of the Jupiter Symphony, or the meltingly lovely strains of his piano concerti.

What is it about his music that draws us in and enchants us, even with repeated hearings?

That question is at the heart of the mystery of music, the most abstract of the lively arts. At the most basic level, Mozart was a brilliant melodist. His themes stay in our ears long after we exit the concert hall. They come to us when we’re singing in the shower, walking from the car to a midday destination, or just relaxing with our thoughts.

But there is far more to his appeal than melody alone. Harmony and rhythm are the other essential elements of music, and Mozart excelled at both. So did many of his contemporaries. What sets him apart is that ineffable quality of genius. It is probably indefinable, but manifests itself in several ways.

One is flow, a sense of inevitability, that this is the only way the music could unfold. His instinct for musical architecture was unerring. Another quality is charm, an inherent appeal to our best selves that coaxes a smile even to the most curmudgeonly of faces. Mozart knew how to please with his music.

Perhaps most important is balance. Mozart understood voices and instruments and how to combine them in order that every participant might shine and that the whole would add up to more than the sum of its parts.

Then there is the matter of emotional balance. In eighteenth-century Viennese culture, music was entertainment. But Mozart’s listeners also sought to be elevated through music to the realm of the sublime. During the Dallas Symphony’s Mozart Festival, we get aspects of both those approaches.

Jaap van Zweden has a deep and special relationship with Mozart’s music. This month, he has chosen to conduct back-to-back weekends of all-Mozart programs. “These two concerts are like light and shadow,” he observes.

The first weekend emphasizes the sunny aspects of Mozart’s music. Ranging from simple charm, to impish and farcical, to noble and triumphant, the classical concerts from January 17-19 present a microcosm of Mozart’s career over four decades. Highlights are his rarely performed First Symphony and the magnificent Jupiter Symphony. The program also features Augustin Hadelich playing the popular Turkish Violin Concerto. “Hadelich is a fantastic interpreter; we are very happy to have him here in Dallas,” says van Zweden.

The second weekend reveals Mozart’s psychological and emotional depth. “In his mature works, you have the constant presence of minor keys, even in works that are in major mode,” observes van Zweden. He cites the overture to Idomeneo as an example. “The harmonies are almost Wagnerian: highly charged and dramatic, more than in any Mozart opera. Idomeneo’s overture sets the tone for the entire second concert. The range of moods he experiments with is astonishing.” The DSO concerts from January 24-27 also feature the Piano Concerto No. 24 with acclaimed Grammy Award-winning virtuoso Yefim Bronfman and the magnificent “Great” G minor Symphony No. 40.

Listening to works with the charm and relative simplicity of Eine kleine Nachtmusik, one sometimes forgets that Mozart is the same composer who wrote dramatic, proto-romantic works like Don Giovanni and the late viola quintets. The greatest of Mozart’s compositions reflect the quixotic emotions of a complex and volatile individual. In his personal and professional life, Mozart experienced joy and frustration, exultation and anxiety, serenity and depression. Those profoundly human layers of experience course through his music, touching nerves that resonate within us, reaching deep into our souls. Mozart’s unerring insight into the human condition coalesces with his supreme command over all the elements of high classicism. The result is the most perfect music we have – perhaps the best explanation for his universal appeal.

—LAURIE SHULMAN ©2012
Dr. Laurie Shulman is an author and the longtime program annotator of the Dallas Symphony Orchestra. She presents many of the DSO’s free Performance Preludes and Bach’s Lunch programs throughout the season.

Jaap van Zweden celebrates the world’s most-loved composer, Wolfgang Amadeus Mozart. Explore his genius with two much-admired soloists as the DSO showcases delightful masterpieces by the musical prodigy whose divine music is never out of fashion.