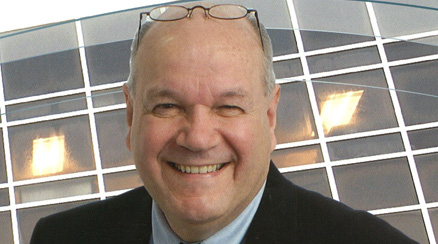 The Three Beginnings of a Texas Poet Laureate

Death is such an awesome / experience that it takes / your breath totally away. // I wish this poem to be the antithesis . . . (“Kites”)

To be named Texas Poet Laureate is an honor bestowed on only one poet each year by the Texas Legislature. While the title comes with neither prescribed duties nor monetary reward, most laureates will use the year to travel the state, give readings, and promote the art of poetry.

David M. Parsons, a Conroe resident, has just completed his year as laureate. The Texas Poet Laureate time frame is from May to May, so Parsons’s travels to schools, writing groups, and libraries has recently tapered off—just in time to begin promoting his new book. TCU Press, which publishes a Texas Poet Laureate series of books in attractive cloth bound volumes, is publishing his New and Selected Poems this July.

I suppose every human passion holds within its core / the germ of something lethal to its being and yet, // somehow interwoven with the potential of rapture. (“Two Dogs Howling at the Moon”)

Many poets will tell you that they grew up writing, but Parsons has a different story. In fact, it might be said that Parsons-as-poet had three beginnings. To meet Parsons now is to meet a soft spoken man who is quick with a smile and a chuckle. Yet, he says that in the 1960s he was “kind of a thug.” It was during this time when Parson got his first beginning.

After serving as a Marine, Parsons enrolled at the University of Texas at Austin only to be kicked out shortly thereafter.  He subsequently enrolled at Blinn College in Brenham, Texas.  At Blinn, he learned his girlfriend back in Austin was dating someone else. Distance prevented him from his normal course of action, which would have been to find the new guy and beat him up. Out of frustration, he took to writing—a lot.

“After about two hours, I’d finished this really bad poem, but I was also exhausted like I’d been in a fight,” he said. He found this preferable to stitches and police intervention, so he began writing—occasionally, but not seriously—merely as a way to keep himself under control. It became, in his words, “a vehicle to come into civilization.”

. . . the way the scarlet rimmed / eyes of the past always / infiltrate our present— (“The People”)

Parsons’s second beginning came in the 1970s, while he was running his own advertising agency in Austin. After writing a successful book on training retailers, his publisher learned that Parsons also wrote poetry and suggested they do a poetry book together. What resulted was what Parsons describes as “a really slick looking book full of really bad poetry.”

Of course, at the time, he was proud of the book and took a copy to one of his former English professors. After dutifully reading the book, the professor asked Parsons, “David, what have you read?” Parsons couldn’t think of a single volume of poetry he’d read. The professor then asked if Parsons, as a businessman, would open a business without first studying similar businesses. Parsons answered, “Of course not.” The professor then asked the third, condemning question: “Why do you think you can be a poet if you haven’t read any poetry?”

Parsons’s third beginning is when he finally committed to being a poet. In the 1980s, after moving to Houston to teach marketing and coach baseball and basketball at Bellaire High School, Parsons enrolled in a poetry workshop at the University of Houston. Fascinated with the class, he took it three times. At this point, he noticed that “…all my poems sounded like thirty second TV spots and all my thirty second TV spots sounded like poems.”

He told his wife he was going to have to make a choice. It was either advertising or poetry, and he was leaning toward poetry. About that time, a University of Houston faculty member encouraged him to apply for their Master of Arts poetry program. “That was it,” Parsons says. “I committed.”

Since that decision, Parsons has written and read a lot of poetry. In 1999, his first full volume, Editing Sky, won the Texas Review Press Poetry Prize. Other volumes followed: The Color of Mourning in 2007 and Feathering Deep in 2011 (from which all quotes in this article are taken). All this he fits around his duties at Lone Star College, where he teaches creative writing, racquetball, and handball.

Parsons cites such contemporaries as Ted Hughes, Edward Hirsch, and Richard Wilbur as influences, as well as classic poets like Emily Dickinson, Walt Whitman, and W.B. Yeats. At the same time, he is quick to credit his environment for the success he’s achieved. “I feel like I’m the product of the Houston area writing community,” he says. “I think this is one of the most vibrant writing communities in the country.”

As to how to enjoy the same community he experiences, he suggests a few simple starting places for novice writers. “Take an InPrint workshop in whatever genre they’re interested in. Start attending readings and meeting other writers. If they’re a poet, join the Poetry Society of Texas, which has several opportunities for beginning poets.” He takes a beat, perhaps hearing a professor’s voice from his past, and then concludes: “And read.”