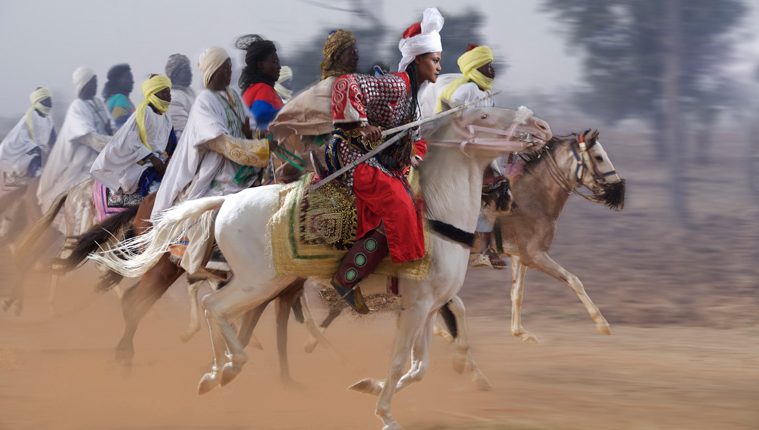 “Love is a many-splendored thing,” says the novel, the film, the song, and the soap opera. You may have read in the Bible that love is patient and kind; however, if you ask Def Leppard, love bites. American culture presents us with numerous (and often conflicting) portrayals of love. Many of us think we know what love is but, when challenged, are hard-pressed to define it. Exploring a range of possible definitions is The Progress of Love, a triple-venue transatlantic exhibition that tells the story of love, but probably not the one you expect.

Beginning with the idea (or ideal), progressing through the experience, and ending with its loss, viewers have the opportunity to consider personal notions of love through historical and contemporary means − and to compare their experiences to those in Africa. On view concurrently at the Menil Collection; the Pulitzer Foundation for the Arts, St. Louis; and the Centre for Contemporary Art, Lagos, Nigeria: The Progress of Love proposes that, for centuries, ideas of lived love in the West and in Africa have been, and continue to be, inseparable.

Pulitzer director and exhibition co-organizer Kristina Van Dyke says the show was motivated by her questioning and pursuit of what in love is timeless and universal, and what is culturally and historically specific. (The former curator for collections and research at the Menil, Van Dyke co-organized the show with Bisi Silva, an independent curator and director of the Lagos museum.)

While doing her PhD fieldwork in Africa, Van Dyke found herself frequently getting into conversations about love and relationships.

“For the first time, I was confronting arranged marriage in a very serious way, and I found myself asking if this was love,” she says. “African friends and colleagues had similar questions for me about how we ‘live out’ love in the US.”

The exhibition title is taken from a series of 18th-century paintings by artist Jean-Honoré Fragonard — works that were among the first in Europe to portray romantic love through contemporary modes, with people and fashion of the times as opposed to the conventions of allegorical or fictional representations. Painting, at that time in history, played a major role in advancing specific cultural understandings and depictions of love.

As the exhibition texts help explain, Fragonard’s contemporary though idealized depictions of romantic love were spreading through Western Europe concurrent with a substantial increase in wealth and leisure made possible primarily by colonialism and the African slave trade. Additionally, mass media was on the rise through the use and popularity of the printing press. A love triangle was forming.

“There are some things that are profoundly universal in love and loss — for example, heartbreak,” Van Dyke says. “The mechanisms by which we choose to understand and exemplify these things are becoming increasingly homogenous as we share technologies and other progressive modes of communication and representation.”

The Progress of Love is not a conventional traveling survey exhibition. Instead, it is comprised of distinct reciprocal exhibitions that provide various facets of love, installed simultaneously in three different venues. At the Menil, love begins with and grows through aspirations and imagination; in the Lagos presentation, love is performed as a lived experience; and at the Pulitzer, there is no such thing as love without mourning its loss. Instead of re-presenting the same works in different locations, the curators tailored each exhibit to its host institution, presenting culturally familiar notions of love alongside less familiar ones — another jump forward, this time for institutional collaboration.

The Menil presents 56 works by more than 20 artists from Africa, Europe, and America to examine what helps create our expectations and understandings of love, especially as they relate to the global systems that move love through its various stages (and from continent to continent). Language, mass media, digital technologies, and cultural traditions are major themes, questioning “whether our ideas about love are now coming into closer alignment across the Atlantic.” How does cross-cultural sharing of communication technologies (cellphones, email, the Internet, etc.) affect our translations of this universal experience in culturally specific terms?

Zoulikha Bouabdellah’s Chéri is an installation of an overwhelming 300 sheets of paper, each containing individual words for love written in red-lacquered Arabic. Saro-Wiwa’s commissioned Web project and video installation They Love Each Other More Than We Do asks the deceptively simple question, “Do Africans kiss?” (you might be surprised and educated by the answer). Untitled (Perfect Lovers) by Felix Gonzales-Torres presents two side-by-side battery-operated clocks that are initially set to the same time but eventually fall out of sync with one another. Yinka Shonibare’s sculptural installation The Swing (after Fragonard) seeks to overthrow the historical visual narrative by recreating Fragonard’s iconic white European figures as headless mannequins clothed in pseudo-African fabrics.

Love may be blind, as the saying goes. But considering The Progress of Love’s numerous impressive artworks and international partners, it certainly isn’t idle.