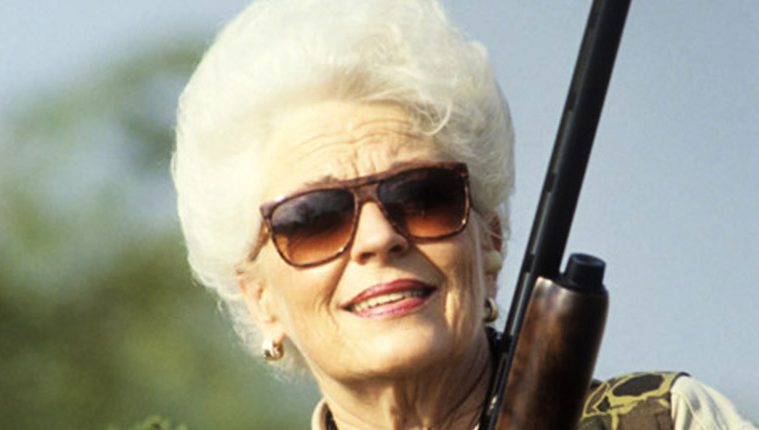 This year marks the silver anniversary of the Dallas VideoFest which now touts itself as the oldest and largest video festival in the United States. Since 1986, VideoFest has specialized in independent, alternative, and non-commercial media, presenting hard-to-find works rarely seen on television, in movie theaters, or elsewhere, despite their artistic excellence and cultural and social relevance. Even in a Web 2.0 environment where everything is seemingly available on the Internet, the VideoFest provides curatorial guidance, a critical voice in the wilderness navigating the vast and diverse landscape of media, helping to interpret its cultural and artistic significance.

The event still provides a communal environment for real-time, face-to-face dialogue between makers and audiences with an impressive line-up of guest speakers and roundtable discussions of the arts. This year’s event takes place September 27-30 at the Dallas Museum of Art. In conjunction, Conduit Gallery in the Dallas Design District will also host a video artist, and the new Omni Dallas Hotel downtown will offer its expansive lighted LED exterior as a giant screen for a one-of-a-kind video and music presentation.

From its beginnings, VideoFest has showcased the work of Texas artists in its juried Texas Show as well as films by minority populations who, at the time, did not have their own venues for their work. It was the first nonprofit in Dallas to use a website and create an iPhone app. iTunes enables the Fest to easily showcase programs now. It also has celebrated the work of TV pioneers such as Ernie Kovacs by presenting an award in his honor. Documentary filmmakers are celebrated via the Albert Maysles Award.

Also on the agenda is the bi-annual presentation of video art, The Program, curated by art critic and collector Charles Dee Mitchell, and Bart Weiss, artistic director of the Dallas VideoFest.

left: still from A Chjana (The Plain) right: actress Lynda Carter is interviewed for Wonder Women! The Untold Story Of American Superheroines.

This year The Program will focus on the work of Robert Frank. Two of the confirmed films are his first movie, Pull My Daisy (1959), which is considered the beginning of the New American Cinema, an important avant-garde film with the words dreamed up and narrated by Kerouac. The other is his series of self-studies, Conversations in Vermont (1969). Frank follows his two children to boarding school and asks them to articulate his failings as a man and a parent. Both are being shown September 29 in the DMA’s Horchow Auditorium.

A+C: How did you get involved with VideoFest?

BART WEISS: In 1986, a friend named John with whom I was running a program asked if I wanted to do video at the Dallas Museum of Art as a creative medium. We met with a few people at the museum, and after they saw what we were doing, they simply gave us the okay. The VideoFest was four days long, and we had to find these video projectors back in the ’80s, which took two hours to warm up. It was very difficult. If someone accidentally switched them off during a show, it was lights out for the day. It was very technically challenging. These days, we have become more efficient by integrating new technologies that better implement the festival. Three years ago, we did a piece with iPhone apps, along with the eBook craze. Not only was the text about certain films interesting to read, but now there is video of us programmers talking with the filmmakers about their own films, complete with trailers. It’s all progressed from when we introduced virtual reality years ago, to when we had high definition films flown in from Japan, to finding the art in iPads this year. We even did a piece on key things on YouTube a few years ago.

BW:  I think what draws people to the Fest is that they are looking for something different than they might see at a theater or on television. The audience wants to be totally immersed in electronic media. Some of the time it can be an unsatisfying appearance and experience, but we want to enrich our lives in comedy, documentaries, and satire. Our lives become better by what we say and see. And over the four days of the Fest, people will get to witness the progress of work and the behind-the-scenes efforts that they would normally not get to see. And this year, for our 25th anniversary, we are returning the festival home to the Dallas Museum of Art, where it originally began.

A+C: Tell us about some of the films that will be screening at this year’s festival? Which ones are you looking forward to most?

BW:  We have work coming in from all over; Australia, Poland, and Denmark are just a few of the places. And, of course, we have some incredible work coming in right here in Dallas. I watch pretty much everything that comes through, and I must say that this year has some pretty phenomenal films. Our opening night film, Ann Richards’ Texas, will have its first Texas screening here. It is about her life and legacy. We have Andy Garrison’s Trash Dance film, which is when he worked for the sanitation department and used trash trucks and trash as a medium for dance. We also have a piece on the history of the Joffrey Ballet. We have a silent film called Man with the Movie Camera, which is about making films about life on the street. Voices of Change have written an original composition to go with the film, and they will perform it live in synch with the film. We also have actor and director Alex Karpovsky attending, bringing his film Red Flag. Karpovsky is in the HBO series Girls where he plays the role of Ray Ploshansky.

The energy-efficient lighting system that wraps around the Omni Dallas Hotel includes nearly four miles of light bars, and more than one million LED lights.

On Wednesday, September 26, a new compilation of video artworks will be shown on the ouside four curved walls of the new downtown Omni Hotel. That’s a screen a 193 feet high by 999 feet wide, according to Carolyn Sortor, co-organizer of Expanded Cinema, and one of the Texas artists whose work will light up the sky.

Other works will appear in loop from Kari Altmann, Frank Campagna, Tim Capper, Rebecca Carter, Jeff Gibbons, Andrea Goldman, Mona Kasra, Kyle Kondas, Phil Lamb, Shane Mecklenburger, Mike Morris, Ted Setina, Carolyn Sortor, and Jenny Vogel. The program will kick off at 8:30 pm with audio simulcast on KXT 91.7 FM and will continue to screen from sunset to sunrise for the duration of the VideoFest 25, until September 30.

“All the artists are profoundly conscious of the fact that, because these pieces might reach much more broadly and deeply into the Dallas community than their other works often do, the videos they make for this program could have the potential to bring together in conversation people who might otherwise never communicate with one another,” says Sortor.

In her submission, Braille, two hands, one on each side of the building, seamlessly rotate around it, “reading” a visual braille text. Altmann’s piece, Omnia XII Ethnique Epic Vista Demo 1280p with Tribal, presents a series of product names that either knock-off trademarks or are untrademarkable. Vogel’s piece, Save Our Souls, treats the entire building as a lighting element within the larger Dallas landscape, and makes it blink Craigslist Missed Connection ads in Morse code.

Altmann describes her work as “[a] string of mutated, translated, and appropriated terms from the back end and black markets of cultural and biological production. Through proximity, they exoticize and re-brand each other into mythical new territories, textures, and tribes.”

Sortor is excited about the scope of the project, as daunting as it was.

“We made a selection of artists having a Dallas connection and with diverse interests and aesthetic practices,” she said.