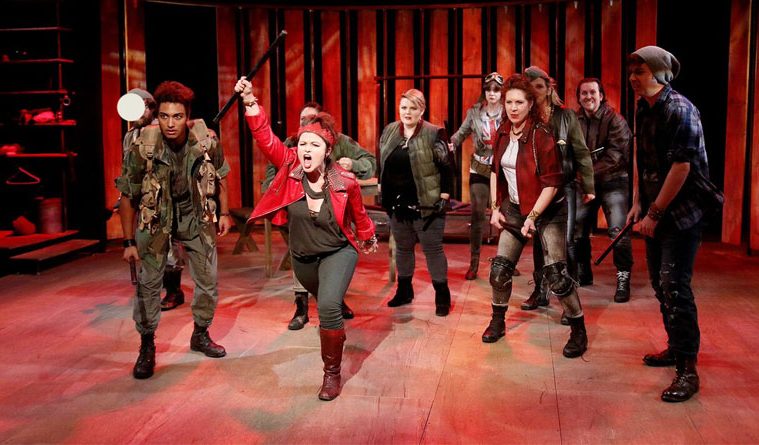 What about Gender?: Creative Casting on Texas Stages 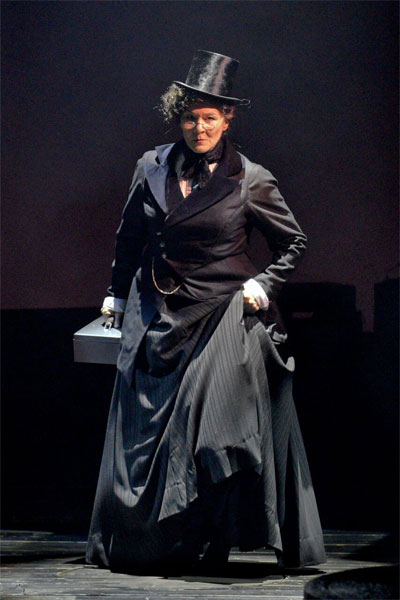 The hot-button issue of casting has recently received a lot of ink as directors, actors, and audiences try to grapple with how to even out a traditionally imbalanced art form. Often casting is discussed in terms of race—the Broadway smash Hamilton showed how performers of color could re-interpret traditionally white stories and characters, while Dave Molloy’s Natasha, Pierre & The Great Comet of 1812 has pointedly been racially inclusive with its casting decisions.

But what about gender? In the onstage world of make-believe, why shouldn’t a woman embody a male character, or vice versa?

“We had a couple older patrons who grumbled about how this was not Henry V as it should be,” says John Johnston, artistic director of Houston’s Classical Theatre Company. In the fall of 2015, Johnston cast Bree Welch in the title role of Shakespeare’s 1599 history play. Adding significance to the production, which was directed by Julia Traber, CTC opened it exactly 600 years to the day after the play’s main plot point, the Battle of Agincourt.

Putting such prominence on historical accuracy while placing a woman at the helm, some thought, meant that Classical Theatre Company was not adhering to its mission: to be “dedicated to boldly re-envisioning classical drama on the stage, in the community, and in the classroom through engaging and enlightening plays that brings them new life and relevance while maintaining the integrity that the works deserve.”

Johnston, however, argues that casting a woman in such an iconic leading role, one that’s traditionally steeped in war and masculinity, is precisely serving CTC’s purpose.

“Classics are actually more open to interpretation because the plays are in the public domain, meaning we can do what we want without backlash from whomever owns the rights,” he says. “We can explore what speaks to the artistic soul of the production and challenge those casting choices without it being a gimmick.”

It was always the intent to cast Henry V in a manner that was gender-blind, Johnston says, and when it came down to it, Welch was the most suited to the role, with an excellent grasp of the Bard’s language and “a grounded quality” that they were eager to see explored in the character. Welch’s performance was well received by critics and the public, and Johnston has since cast two women in prominent roles in the company’s April production of Nikolai Gogol’s 1836 play The Government Inspector.

Johnston inverted a lot of the casting in Henry V, something that theaters around the world have long been doing without much uproar from the public. But Kevin Moriarty, artistic director at Dallas Theater Center, points out that many do see a major difference in casting a woman as a secondary male character and putting one front and center in an iconic role. 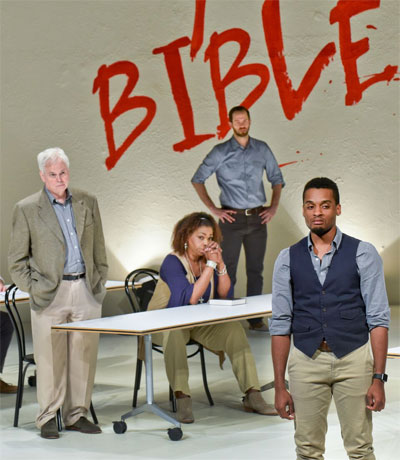 In DTC’s 2016-17 season, during which the company won the Regional Theatre Tony Award, Moriarty staged two classic plays with women as the male leads. Its annual production of A Christmas Carol, a version that Moriarty adapted himself from Charles Dickens’ original and in 2016 was directed by Steven Michael Walters, featured resident company member Sally Nystuen Vahle as Ebenezer Scrooge.

In 2017, Jerome Lawrence and Robert Edwin Lee’s Inherit the Wind, which was inspired by the famous Scopes “Monkey” trial about evolution versus religion and originally premiered in Dallas in 1955, had company member Liz Mikel playing prosecutor Matthew Harrison Brady.

Moriarty, director for Inherit the Wind, cast against gender, age, and race for several other roles in the play, but it was Mikel, a black woman playing a traditionally white male character with great political power, that provoked the biggest response from the audience—and jolted them out of whatever comfort zone they might have known with the 60-year-old play.

“Rather than making your mind up in advance about Brady’s argument, you will hear it differently based on who’s speaking it,” explains Moriarty. “When you have an African American woman speaking words that would have originally been spoken by an old conservative white guy, it forces the audience to engage at a more complicated level with the words themselves.”

Moriarty points out that in the history of world theater, it has not been unusual or controversial to have actors portraying characters of various genders, noting Ancient Greek drama, Elizabethan plays, and 19th century actress Sarah Bernhardt, who famously tackled male roles such as Hamlet.

“Putting an actor onstage in drag is not a radical idea—it’s almost instantly comforting for audiences,” says Moriarty. “Yet having a woman onstage playing a man, without the aid of wigs or costumes, makes some people anxious.” 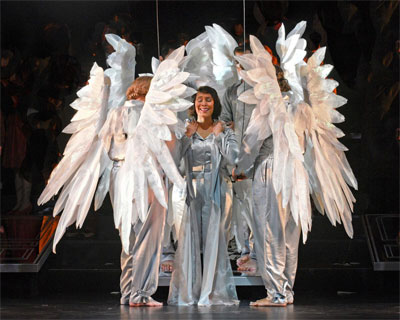 Sometimes productions choose to alter a role to fit the performer, as did Jake Heggie’s It’s a Wonderful Life, which had its world premiere at the Houston Grand Opera in 2016. In this version of the beloved 1946 film, which was based on Philip Van Doren Stern’s short story The Greatest Gift, Paramount Licensing gave librettist Gene Scheer permission to turn the angel Clarence into Clara, with soprano Talise Trevigne singing the role.

While other roles might not have a specified gender, they are forever linked to the performers who originated them. Many will always associate the Leading Player in Pippin with Ben Vereen despite Patina Miller’s Tony-winning interpretation 40 years later.

In the repertoire of theatrical masterworks, women were traditionally diminished, if not entirely excluded. And that doesn’t just apply to plays written more than 100 years ago. Even as women slowly began appearing on the page and stage, opportunities for truly great characters made even slower progress.

“Linda Loman is a great part,” Moriarty points out. “But Willy and Biff are even better parts.”

Johnston says that of all the headshots he has on file, there are at least twice as many for women as for men. But the plays his company specializes in have “a thousand men and three women, if that” in their cast lists. He says he pursues gender and colorblind casting in an effort to let people tell a story that they haven’t been able to previously.

Gender-neutral casting is seen by some as making a statement, but both Moriarty and Johnston agree that sometimes, people do not interpret that statement correctly.

“When we announced that Sally Vahle was going to be playing Ebenezer Scrooge, we started getting a lot of calls—many that were made in earnest and with no discernable ill will—asking, ‘Is this Christmas Carol going to be OK to bring my kids to? Does this mean Scrooge is a lesbian?’ It’s very interesting how people conflate sexuality with gender,” says Moriarty.

After the production closed, Moriarty says concern dropped off significantly. Though, he recalls, there was one regular patron who mentioned he had thought the production “anti-male” and felt left out.

“How, then, do you think your wife has felt all these years?” Moriarty says. “With Inherit the Wind, older women—who often also happened to be educators—would share during talk-backs that they were familiar with the story but had never fully experienced it in this way before because ‘I was never included.’ That was incredibly powerful to hear.”