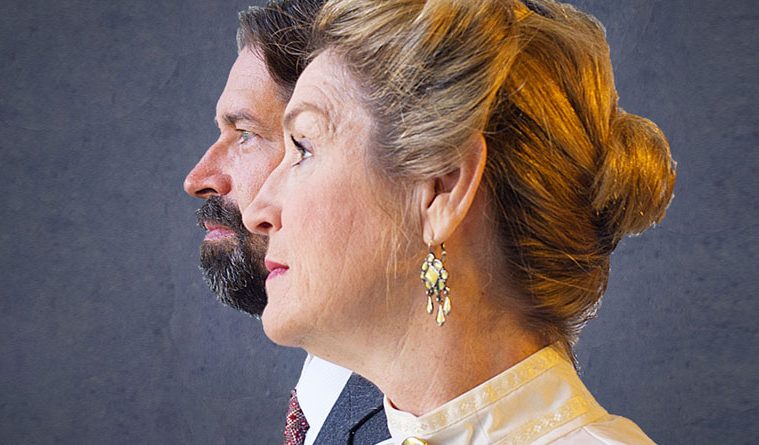 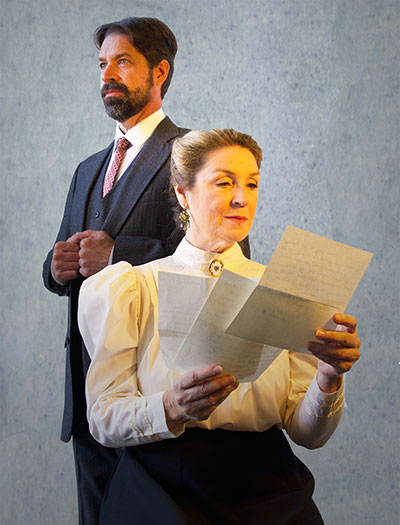 If you really think about it, there aren’t that many juicy roles for women. When you’re over age 30, the pool shrinks even further. That doesn’t mean these powerhouse roles aren’t out there — just that they’re harder to find, and not all theaters are willing to look for them. WingSpan Theatre Company, which has been performing in Dallas since 1997, specializes in finding not only these fascinating female characters, but also the talented women who write, produce, and direct them. In short, WingSpan is a girl’s best friend.

That’s due in large part to artistic director Susan Sargeant, who has worked tirelessly to keep one of Dallas’ most storied independent companies afloat in the face of budget cuts and fickle modern taste. There might be an argument that today’s audiences don’t care for Beckett, or that Shaw doesn’t resonate, or that plays penned by a female author just aren’t popular (false, by the way, since nearly half of the Nobel Prize winners for Drama in the last decade have been women). But for Sargeant, it’s just what comes with upholding WingSpan’s mission:

“WingSpan Theatre Company was founded to produce quality plays that have seldom or never been produced in the Dallas area. A particular emphasis is on plays written by and about women. WingSpan is also dedicated to nurturing new work and supporting the development of local playwrights.”

“I’m very proud of the 18 years I’ve been flying,” Sargeant says. “Technically I’m an indie, as we call ourselves. I really didn’t expect it to go on like this—it was one of the greatest surprises of my career. I was willing to take that ride.”

The ride truly started before WingSpan even existed, when New Horizons Theatre Company was the troupe in residence at Lakewood’s historical Bath House Cultural Center. Sargeant, then focusing on her acting career, began dabbling in directing and producing. When New Horizons—which also focused primarily on women—folded, there were many unproduced plays still in the queue. Sargeant took some seed money and produced The Last Flapper, a one-woman play about Zelda Fitzgerald. 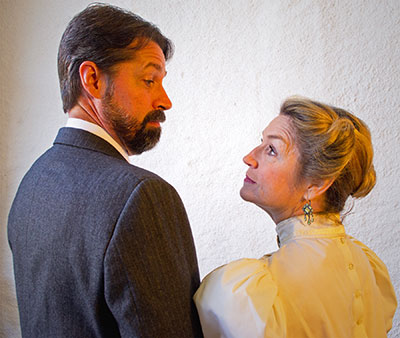 “It was 67 pages. Just me up there,” says Sargeant. “For a long time it was just me and acting, and even though I’d been directing since my 20s, suddenly I was at a time in my life when I wanted to spread my wings and take on new roles, to continue the mission of New Horizon.”

That mission quickly expanded to a three-prong approach: not only mainstage productions but also a developmental workshop (that evolved in 1998 into the still-relevant Festival of Independent Theatres), and a reading series. Five world premieres have come out of FIT, and the “new, new, new” is quickly becoming something that WingSpan is eager to nurture.

That’s not to say, however, that the classics are on their way out:  WingSpan’s upcoming production is Jerome Kilty’s Dear Liar! (Oct. 8-24), a battle of wits adapted from the correspondence between playwright George Bernard Shaw (played by Alan Pollard) and his muse, actress Mrs. Patrick Campbell (Lisa Fairchild).

“I chose Dear Liar! because of the language and what Shaw tackles, what it means to theater history,” says Sargeant. “Taking this intimate pas de deux and putting it in the setting of the Bath House is quite appealing.”

But how to make it relevant for today’s easily-distracted audiences? Forget about season tickets, for a start. Sargeant doesn’t sell the traditional packages that lock audience members into a commitment. Millennials, she notes, are more spontaneous and prone to just showing up at the box office. 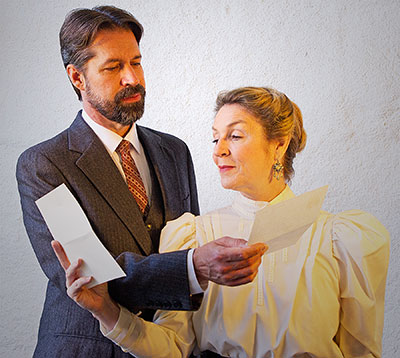 “As an artistic director and someone who has an established voice, you hope you’re going to offer them something different than what they’re seeing somewhere else, while staying true to your mission,” she says. “There’s an interesting flux going on right now in the way you do business.”

With the Irish wit of Shaw and his feisty Mrs. Campbell, who was the influence for the Eliza Doolittle character in Pygmalion (and subsequent musical My Fair Lady), Sargeant sees another angle for today’s audiences—and herself.

“I’m hoping when people come to the theater, they really get to be inside these two theatrical spirits and learn something new,” she says. “Was Shaw a little Svengali? Was he a little Henry Higgins (from Shaw’s Pygmalion)? The master puppeteer? I think so.”

Sargeant actually played Eliza in My Fair Lady when she was 23, and how Dear Liar! fleshes out their relationship and her “own personal heartbeat” for the role has meant much to her.

“What does their future relationship look like?” she asks of Shaw and Campbell. “Ambiguous. I love it when things don’t get tied up in a big, red bow.”