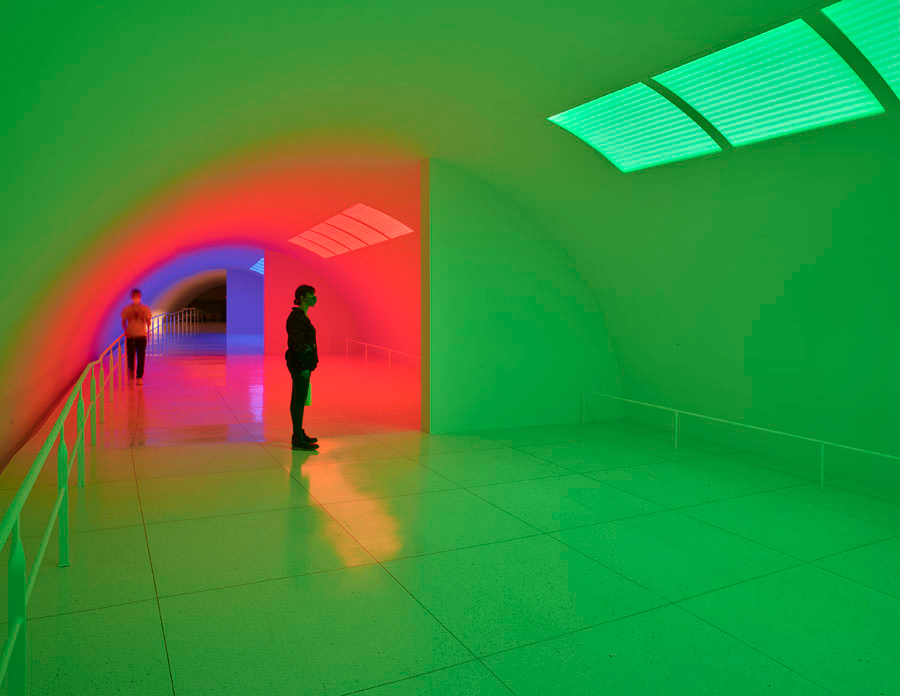 Where shall we begin?

This query becomes both a practical question when exploring the recently-unveiled Nancy and Rich Kinder Building at the Museum of Fine Arts, Houston, and a way of contemplating the Kinder’s impact on the landscape of the museum campus, the city of Houston and even the international art world.

Perhaps we should start with the fundamentals: the concrete and steel skeleton wrapped in an arced glass, half-tubular skin. Designed by Steven Holl Architects, the white, three-story structure occupies 237,213 square feet and finally gives a showcasing home to the MFAH’s vast collection of modern and contemporary art.

Get the full story
FORT WORTH

AFTON BATTLE TAKES THE LEAD AT THE FORT WORTH OPERA

When Afton Battle entered Amarillo College, she majored in business while studying voice as a sideline. Then she traveled in a school group to a singing contest in Dallas-Fort Worth, where they took time out to attend a performance of Giuseppe Verdi’s La Traviata–the tragic tale of a courtesan who sacrifices her chance at true love in order to save her sweetheart’s honor.

Get the full story
DALLAS

OUR STORIES ONSTAGE: HOW DALLAS GREW ONE OF THE NATION’S BIGGEST LGBTQ THEATER COMPANIES

Nearly 20 years ago, Craig Lynch and Jeff Rane took a look around Dallas and noticed a gap. Despite having the sixth-biggest population of LGBTQ people in the nation and a reputation as one of the country’s most gay-friendly cities, no theater company in Dallas was regularly producing theater that told this community’s stories.

So the two friends headed to the Trinity River Arts Center and staged Howard Crabtree and Mark Waldrop’s musical revue When Pigs Fly!, which they had seen off-Broadway earlier that year. Oh, and it was a week after September 11, 2001.

Get the whole story
FORT WORTH

THE VISUAL MANIFESTO OF MARK BRADFORD AT THE MODERN

Get the whole story
FORT WORTH

For those Texans seeking art refuge this weary winter, the Kimbell Art Museum has a queen’s knees of an exhibition to transport us back 3000 years into the world of Queen Nefertari’s Egypt (now through March 14).

Filled with extraordinary art and artifacts from Turin, Italy’s Museo Egizio, one of the oldest and important museums dedicated to Egyptian antiquities, this exhibition not only introduces us to the favorite queen of Pharaoh Ramesses II, but also gives a glimpse into the real lives and deaths of queens, artists and commoners.

Get the whole story
ACROSS THE LONE STAR STATE

As a pandemic spring spun into summer, it seemed all the performing arts world became a virtual stage and all the men and women remote players. Yet for those Texas artists and audiences yearning for a time of live, in-person performances again, a gentle, albeit hot, summer breeze blew in one possible solution.

“Numerous studies have shown that audiences are more comfortable returning to live, in-person performances outdoors,” explains Debbie Storey, CEO of AT&T Performing Arts Center, one of the first venues in Texas to bring performances back to audiences with the reopening of their Strauss Square outdoor facility.

Get the whole story
SAN ANTONIO

Get the whole story
HOUSTON

STARTING FROM SCRATCH: JENNIFER MABUS BUILDS A DANCE BFA AT THE UNIVERSITY OF ST. THOMAS

2019 was a year of firsts for the University of St. Thomas (UST) in Houston and its Dance Program Chair Jennifer Mabus as the school’s inaugural cohort of dance majors stepped into the studio for the fall semester.

The story of a brand new BFA program in dance doesn’t begin there, of course. Mabus, a Dallas native and Southern Methodist University dance alum was a founding member of Battleworks Dance Company in New York before returning to her home state where she completed an MFA at Sam Houston State  University (SHSU). She’s danced with Bruce Wood Dance, NobleMotion Dance  and Dark Circles Contemporary Dance, and is a founding core collaborator of Houston’s Transitory Sound and Movement Collective. As adjunct faculty at several Texas institutions of higher education, Mabus has nurtured many aspiring young dancers and, as a choreographer, she has set works on dance companies throughout the Texas Triangle.

Get the whole story
ACROSS THE LONE STAR STATE

THE MUSIC PLAYS ON: TEXAS ORCHESTRAS PIVOT IN 2021

Some Houston Symphony concert goers may not realize that Jones Hall, the orchestra’s home, has two balconies. Not only is the upper one barely noticeable from the main floor, but the orchestra usually doesn’t even unlock it during classical concerts, because the other levels offer more than enough seats.

The size of Jones Hall and other cities’ similar venues helps make Texas’ orchestras some of the state’s few groups that can perform nowadays to in-person audiences–albeit in setups re-engineered in hopes of thwarting the virus. After throwing out pre-pandemic plans that now don’t work, the ensembles are crafting concert programs and guest-artist rosters on the fly.

Get the whole story
DALLAS

Since its founding in 1982, TITAS/DANCE UNBOUND has been all about bringing the best of the arts to North Texas. The 2020-21 season had been planned to expand upon this mission by featuring, for the first time ever, an all-American lineup of visiting dance companies—until the coronavirus happened. But according to executive and artistic director Charles Santos, in some ways the pandemic has created more opportunities for TITAS, not fewer.

Get the whole story
AUSTIN

In a normal year, hundreds of Austin art studios and workshops would fill with thousands of visitors next week. Participants would spend days meeting local artists, artisans, and craftspeople, buying art, networking, and socializing at the Austin Studio Tour, the city’s most accessible and most beloved annual art event. But this is not a normal year. So how do you hold a free, city-wide art tour at a time when people—especially strangers and large groups—are supposed to avoid each other at all costs?

In 2020, the ongoing threat of COVID-19 has forced the Austin Studio Tour (Nov. 14-22) to make huge changes to its programming. In an effort to protect public health, all aspects of the event will take place either online or outdoors. “It is drastically different from anything we’ve ever done, and drastically different from what people expect and have come to love about the tour,” Shea Little told me in a recent Zoom call. Little is the Executive Director of Big Medium, and has produced the East and West Austin Studio Tours for the past 18 years.

Get the whole story
HOUSTON

Radical reinvention: That’s what Meg Booth, chief executive officer for Society for the Performing Arts, sees in this time when artists and audiences must stay separate to stay safe.

“I think this is where I find hope; we’re really starting to see artists radically reinvent what they do,” Booth said in a recent conversation with Arts and Culture Texas. “There are so many who can’t practice their performance art, their creativity, in the ways that they typically have done it, but they’re reinventing because so many artists are called to create.”