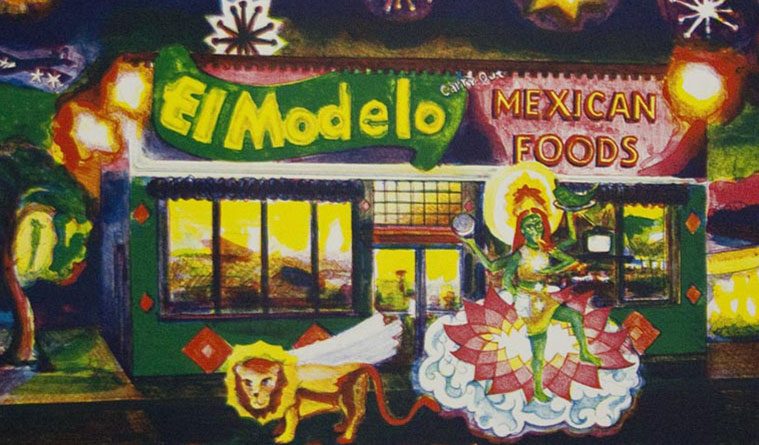 Scott Kuykendall, detail from On the Road to Enlightenment  (2014). Courtesy Tamarind Institute. 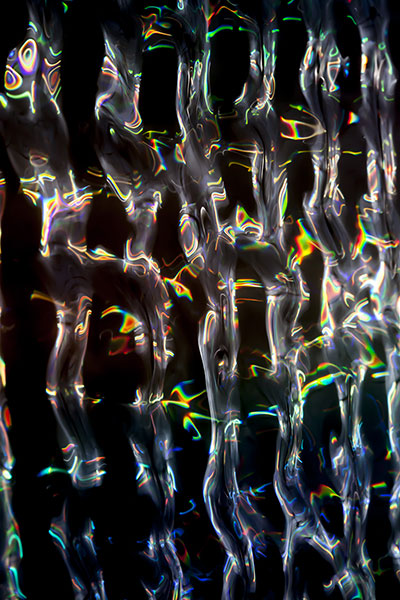 A dash through a citywide art exhibition provides all the clues visitors need to connect the dots and solve one of the Southwest’s greatest mysteries: Why Albuquerque is the way it is.

A lithograph on the wall portrays a barnlike diner with a yellow tin roof. Just around the corner in the lounge, guests attending this reception for Foodie: On Eats, Eating and Eateries in Albuquerque, open through May 15 at Tamarind Institute (2500 Central SE), chow down on handheld carne adovada and green chile burritos catered by Frontier Restaurant—the block-long eatery pictured in Karen Beckwith’s Open All Night hanging in the foyer. In 1997, when it was presented as a gift to the restaurant’s owners, Larry and Dorothy Rainosek, Tamarind and Frontier had already been snug neighbors for 27 years.

Larry himself brings in another tray of delectables. In the freezing winter of 1970, he moved his family from the balmy climes of Austin to open a restaurant across the street from the University of New Mexico on the fabled stretches of Route 66. The petite woman with the miraculous coiffure carrying another dish of chuckwagon is Dorothy, his wife and business partner. In the presence of these living hometown legends, the sleek prints lining Tamarind’s gallery walls come to life.

Foodie is just one of many exhibitions comprising On the Map: Unfolding Albuquerque Art + Design, a collaborative presentation of the history and trajectory of art in central New Mexico hosted by 22 partnering organizations. Now in its second wave, with shows running through the summer, the citywide event showcases a comprehensive study of the area’s incredible art history and future, but more importantly it divulges the secret that makes Albuquerque tick: the art of community collaboration.

“The fact that this was a collaborative effort really made it more encompassing,” says Viviette Hunt, director of Richard Levy Gallery, who helped organize On the Map.

She points to the brochure for this massive exhibition, a work of art itself. “Again, this particular document is the result of a pretty large collaboration, and I think that’s what makes it so successful.”

A veritable treasure map that can be downloaded here or picked up for free at any of the participating venues, the plan of the city shows red, blue and yellow dots representing exhibition spaces and public art sites charting a doglegged path through five of Burque’s most walkable hoods. The more than 100 stopping points peppering this simple masterpiece of artistic cartography readily reveal that New Mexico’s industrial center has kept area artists captivated at their easels and developing baths with its hidden gems and iconic landmarks since it was founded in 1706. Following the trail left by these timeless visionaries to piece together the town’s unique creation story reveals a contemporary art scene that, though still emerging, has been incubating for quite some time.

“In fact we have a very diverse situation happening here because it’s much more affordable for artists to live than in Santa Fe,” says Hunt. 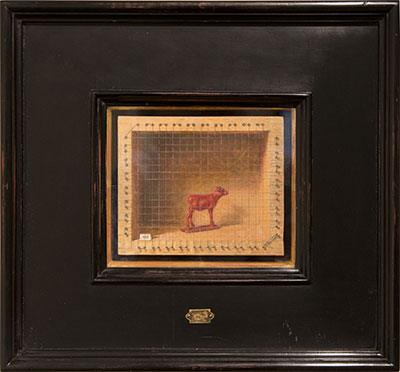 Cross-referencing the exhibition map with a shortlist of other guides gives culture junkies an opportunity to curate their own walking or biking tours in search of the Middle Rio Grande’s lost symbol, the holy grail that makes it a true destination and a charming setting for hit productions like AMC’s drug drama Breaking Bad.

A new book by Stephen Ausherman, Walking Albuquerque, breaks the sprawling mass down into 30 fascinating urban hikes, while the Albuquerque Bicycle Map, available for free at many local businesses and online, delineates 525 miles of on-street bicycle and multi-use trails connecting the grid. The BikeSmith (901 Rio Grande NW) and Routes Rentals (1102 Mountain NW), which famously hosts the Biking Bad tour, are recommended places to grab some wheels in Old Town. Three Rapid Ride bus lines ferry passengers easily along the two major axis routes connecting the venues, Rio Grande and Central. For those with a mobile device, the ABQ Public Art app allows users to check-in at public art sites and learn a little about the more than 600 pieces commissioned for the city’s One Percent for Art program, which began in 1978 and is one of the oldest programs in the nation.

At Tamarind, prints from six artists in Foodie illustrate other iconic Duke City landmarks: Blake’s Lotaburger, Dog House Drive In (as seen in Breaking Bad), El Modelo and Milton’s (now a gourmet diner called Gravy). This compendium of hotspots gives a succinct snapshot of life in this dusty burg, as seen through the eyes of its artists.

“Albuquerque has so many rich resources in the visual arts, and this was just a wonderful way to highlight them,” Devon says. “The idea was to put us on the map.”

This all-inclusive portrait of Albuquerque’s varied art scene spotlights the many hidden resources that have remained obscure, like troves buried in the desert sands.

“People will stop someone on the corner right out here and ask where Tamarind is, and they’ve never heard of it,” Devon laughs. 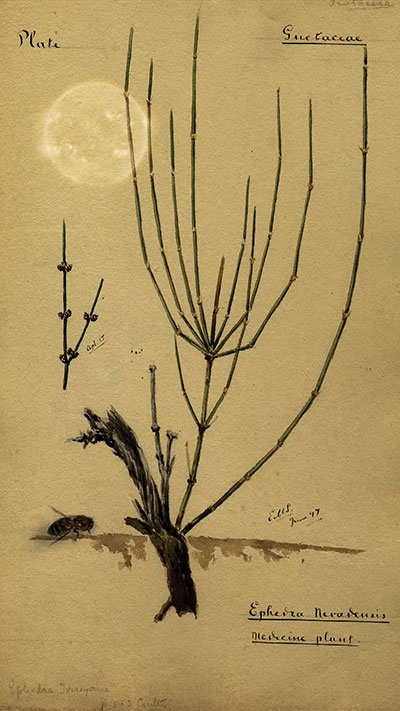 “One of the strengths I see here is the diversity,” says Hunt as she discusses the works of Albuquerque artists in the new show Coordinates at Richard Levy Gallery (514 Central SW), which will host a closing reception on June 6. “It’s not a homogenized art scene…We’re all over the place, but that’s one of the special and unique things about the artists working here…And maybe that’s one of the reasons why people haven’t been able to get their head around Albuquerque as an arts scene is because we haven’t branded ourselves a specific style.”

Hunt says the collaborative spirit that led to this event has been building in response to the economic downturn of 2008.

“When everyone puts their energy and pools their resources, you can do a lot more than one business.”

The effort it took to get the City of Albuquerque to sign on as a partner paid off handsomely. The two exhibits at the Albuquerque Museum (2000 Mountain NW) about the city’s public art program and the history of art in central New Mexico unintentionally became the much needed anchor point for the entire event. Though closing May 3, Visualizing Albuquerque: Art in Central New Mexico is available as a book in the museum’s bookstore and, like the show, tells Albuquerque’s diverse story in a concise and captivating manner. The museum will again summarize the experience with its final installation running June 27 through Oct. 4, Public Selects, which will feature the work of 12 local artists elected out of 97 who opened their studios to 2,000 voting members of the public in March.

Following Route 66 from Tamarind to the April Price Projects Gallery (201 Third NW), a quick check of handy apps and guides along the way unveils a haunted railroad hospital from the 1920s turned into a posh hotel, more Breaking Bad sets and the historic home of actress Vivian Vance of I Love Lucy fame, among others. At the three-room gallery, a Blake’s Lotaburger cup in the studio indicates that owner April Price has been lunching like a locavore.

In response to public interest, she’s extending the runs of her current On the Map exhibitions through June. Views From the Beach shows scenes collected by a handful of artists from one of Albuquerque’s most treasured landscapes: the Rio Grande bosque, a greenspace of riparian Cottonwood forest coursing through the heart of the city.

“It’s a nice time for people to go down there and really be able to have a plein-air day,” she says. “This fellow has sculptures down there.” 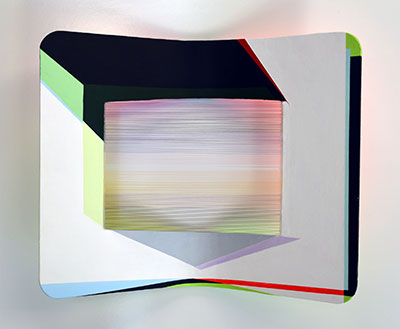 She points to a photographic sketch of a spiral sculpture that the public art app titles From the Fifth Tree Puzzle, by artist Ed Haddaway—one of the dozen elected to participate in Public Selects—disclosing the process behind a piece that is now inseparable from the banks of the fishing ponds at Tingley Beach on the river. Painted photographs by Jane Sprague portray the plight of the silvery minnow, an endangered species whose survival is dubious due to a drying river that evaporates some 50 miles before reaching the Gulf of Mexico.

A leisurely ride or stroll along the Paseo del Bosque recreation trail culminates in the south at the National Hispanic Cultural Center (1701 Fourth SW), and in the north at the Rio Grande Nature Center State Park (2901 Candelaria NW), where the graceful observation deck designed by venerated architect Antoine Predock overlooks the nesting grounds of geese, ducks, cranes and turtles—with real-time wildlife audio piped in through a sound system. At the former, an extensive display of wood figurines by José Marcos Garcia, running through August, tells the story of a railroad worker in the ‘70s who made a name for himself selling his woodworking at flea markets and state fairs. The NHCC also stands sentinel over the historic path of the Camino Real and Route 66, now Fourth and Bridge streets, where the highway led travelers over the first crossing of the Rio Grande and through the railroad neighborhood of Barelas, before it was redirected along Central in 1937. Before departing the cultural center, grab a burrito at El Modelo (1715 Second SW) to ingest its artistic inspiration in a visceral way.

With On the Map, Albuquerque’s quirky art scene illustrates what makes it a place defined by drought, crazy drivers, unique regional cuisine, an invasion of Texans, amazing weather, Pueblo Revival architecture, and dramatic vistas, both real and imaginary.

“It’s gritty,” says Hunt. “But as an arts destination, Albuquerque is solid and legitimate and not to be overlooked.”