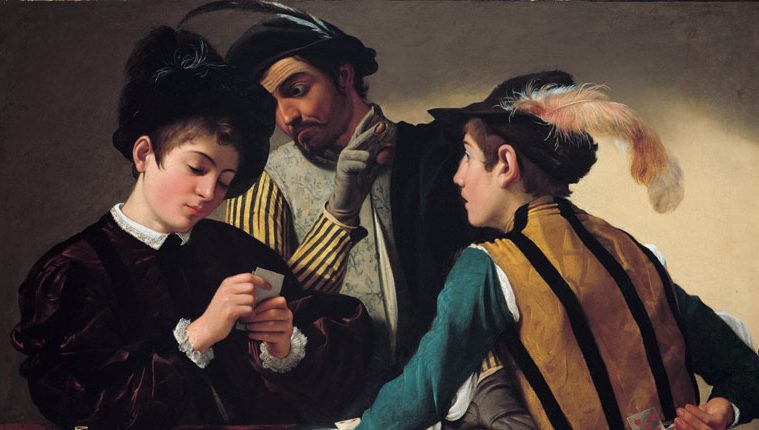 The Kimbell Art Museum in Fort Worth is opening the vaults this fall to display the largest exhibition ever of its world famous permanent art collections. This milestone exhibit, appropriately titled The Kimbell at 40: An Evolving Masterpiece, also commemorates the 40th anniversary of the opening of the museum’s stunning building on Camp Bowie Boulevard, a modernist architectural icon designed by one the premiere architects of the 20th century, Louis Kahn. Kahn’s innovative use of natural light and subtle articulation of space and materials greatly enhance the experience of the art.

The museum’s initial artworks came from the private collection of the local Kimbell family who also contributed funds for a building to house it. Today, the Kimbell’s collections, ranging from antiquity up through the past century, include European masterworks from Fra Angelico to Velázquez, Mantegna to El Greco, Monet to Picasso to Mondrian and beyond. Alongside are substantial groupings of Egyptian, Near Eastern, Greek and Roman antiquities, Pre-Columbian, and of African/Mesoamerican cultures. All of these works not only “epitomize their eras and styles, but also touch on individual high points of aesthetic beauty and historical importance that assure them a place among the masterpieces of world art.”

Through the end of December, extensive retrospectives in all of the galleries specifically and supremely tell the story of four decades of major collecting. Close to 220 works are arranged in chronological order by the year they were acquired rather than by the period or by the culture from which they originated. These sections correspond to the tenure of four visionary directors: Ric Brown, the former director of the Los Angeles County Museum (1965-1979), Dallas’ Ted Pillsbury (1980-1998), Timothy Potts (1998-2007), and the 46-year old Eric Lee, director since 2009, who is just as well-deserving of the position.

Seldom-seen architectural models and archival photographs, as well as didactic supplemental wall panels for key works, enhance the presentation; their goal is to add information on the historical context, acquisition process, provenance research, and conservation challenges.

What makes this exhibition so exciting is to see two rare paintings on view to the public for the very first time, one a brand new acquisition and the other now occupying its original frame. First is “The Sacrament of Ordination (Christ presenting the Keys to Saint Peter),” a 1636-40 oil on canvas painting by Nicolas Poussin conserved this past year by the Kimbell’s own department. This painting is from his famous set of the “Seven Sacraments,” considered since its creation as a landmark in the history of art. To quote Dr. Lee, “This is among the most significant master paintings to have become available in decades. I’m thrilled about the acquisition. Poussin’s harmonious painting with its frieze of colorfully dressed figures against a landscape will beautifully complement the serene Louis Kahn-designed galleries and vice versa — a perfect union of painting and architecture.” In 1785, Sir Joshua Reynolds, president of London’s Royal Academy of Arts, declared, “Poussin is one of the greatest painters that ever lived.”

Engravings of Raphael’s works inspired Poussin and other High Renaissance artists. In the words of Claire Barry, Director of Conservation, “With the removal of layers of discolored varnish, the rich saturated colors of the draperies, figures of Christ and the apostles appear more three-dimensional than before, while the landscape itself has regained a sense of depth. The virtuosity with which Poussin rendered the leaves of the twelve background trees and cloud-streaked sky using precise brushstrokes is seen with greater clarity. A bright sunburst focused on the figures of Christ and St. Peter underscores the importance of the moment as Christ passes the keys to his kingdom to the Apostle.”

It is acknowledged that artists from David and Delacroix to Cezanne drew inspiration and measured their own achievements in relation to Poussin, a connection to the second addition — Jacques-Louis David’s gorgeous and “transformed” painting titled “The Anger of the Achilles” (1819).  David’s deep involvement in the politics of the French Revolution and the Napoleonic Empire inspired many of his grand scale paintings. To quote Dr. Lee, “It is now positioned in its newly acquired original, neoclassical frame, which is highly theatrical and no doubt designed by David himself.”

It is quite uncommon for old paintings to retain their earliest frames, since new owners commonly reframe them to the taste of the time, according to Nancy Edwards, the museum’s curator of European art. “Museums like the Kimbell often replace a later frame and purchase one contemporaneous with the work. It is a rare occasion that the earliest frame for a painting is discovered and reunited with the picture. The Museum is indeed fortunate to be able to acquire such a beautifully crafted frame whose design so exquisitely enhances the painting. The frame which retains its fine detail and original surface was restored at the J. Paul Getty Museum.”

Since its unveiling in 1972, Kahn’s design for the Kimbell is raved about for its five light-filled vaulted ceilings as much as for its structural and engineering innovations like the housing of the electrical and ventilating systems in hollow tetrahedrons that make up the ceiling, appearing to float overhead. In 2008, with its eye on the future, the Kimbell unveiled its expansion plans — an adjacent building designed by Pritzker Prize-winning architect Renzo Piano. Time magazine, in 2006, named Piano one of the “100 of the most influential people in the world.”

As the collection grows, so do the crowds. Dr. Lee reports that the 10 millionth visitor just walked into the museum this summer. And since the arts and educational programming has now pushed the space limits of the original structure, the second building is officially expected to open in 2013. It uses concrete as a primary material, gigantic wood beams, orchestration of light, and has an airy rectilinear layered-glass pavilion that faces Kahn’s architectural landmark’s west tree-lined courtyard 200 feet away.

The deceptively spacious new facility will provide “stellar accommodations for educational programs, a dramatic, double-height auditorium acoustically designed for music, a library, a voluminous lobby with a small café and an underground parking garage.” More importantly, it will double the Museum’s gallery space and be dedicated to loan exhibitions on a regular basis. Notes Dr. Lee, “With this expansion, for the first time the Kimbell will be able to showcase the breadth of its small, but extraordinary, permanent collection while simultaneously accommodating changing exhibitions.”

To quote Piano, “Architecture is an art. It uses techniques to generate an emotion, and it does so with its own specific language made up of space, proportions, light, and materials; for an architect, matter is like sound for a musician or words for a poet.” Piano is dear to the heart of art/architecture loving Texans for his design of the Menil Museum in Houston and of the Nasher Sculpture Center in Dallas.

Difficult to obtain acquisitions of critical importance continue to enrich this Museum. The Kimbell is not unlike the Musee de Louvre in Paris that owns at least one work by both Frenchmen; also Poussin has a painting in the National Gallery in DC and David has one in the Metropolitan in New York. Consider the Kimbell’s recently acquired “Torment of Saint Anthony,” Michelangelo’s first known painting. Born in 1475 this artist is one of the towering geniuses of the Renaissance, famed for his ceiling frescoes in the Sistine Chapel in Rome and the monumental “David” marble sculpture in Florence.

Equally part of the Kimbell’s fine reputation are its internationally-based loan exhibitions such as The Blood of Kings: A New Interpretation of Maya Art (1986) and Caravaggio and His Followers in Rome (2011). This visible and actively-involved museum also plays host to traveling exhibits such as Impressionist Masterpieces from the Barnes Collection (1994) and The Impressionists: Master Paintings from the Art Institute of Chicago (2008). This year, exhibitions include one by Italian Baroque sculptor Gian Lorenzo Bernini and another of the pre-Inca culture of ancient Peru.

The Kimbell’s collection has intentionally stayed small, now numbering about 350 works, in order to be true to its “founding concept to form collections of the highest possible aesthetic quality, derived from any and all periods in man’s history, and in any medium or style.” In a triangle of neighboring non-competing museums are the Amon Carter Museum of American Art whose architect was Philip Johnson and the Modern Art Museum designed by Tadoa Ando. Admission to the Kimbell’s permanent collections is always free of charge.

The Kimbell Art Museum presents The Kimbell at 40: An Evolving Masterpiece, on view October 7-December 30, 2012.