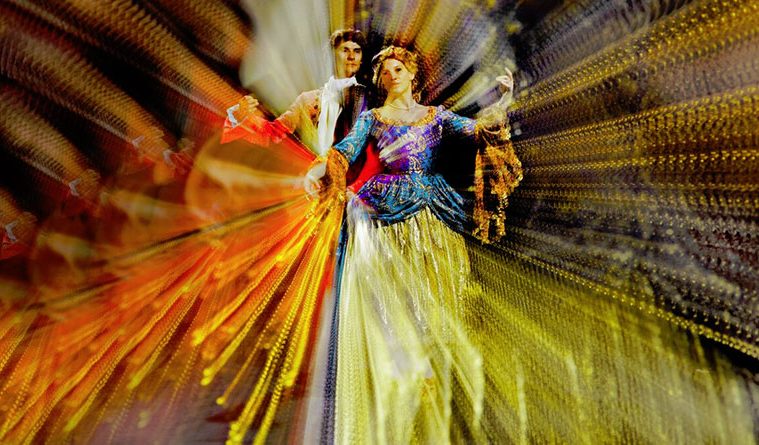 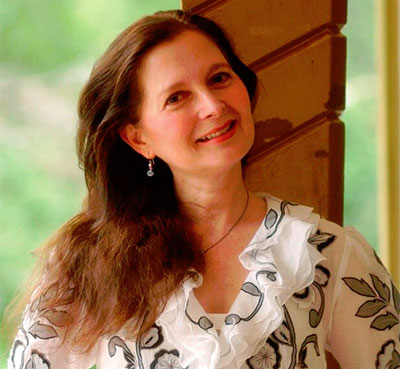 There are two opportunities to experience the wonder of Catherine Turocy‘s New York Baroque Dance Company, one of the leading historical dance troupes in the nation: first at Dallas Bach Society‘s A Tale of Two Cities on Nov. 14 at SMU Meadow School of the Arts, Caruth Auditorium, then at Ars Lyrica‘s Homage to the Sun King, Nov. 20 at Hobby Center.  A + C Editor in Chief  Nancy Wozny visited with Turocy about the upcoming shows.

If audiences are new to New York Baroque Dance Company, what do they need to know about the troupe?

Our mission is to promote public knowledge on 17th and 18th century dance, in all aspects of the art, through concerts, fully staged opera and ballet productions, lectures, workshops, classes and video and film productions. We hope to mine the treasures of the past to create a richer future by bringing history to life in innovative productions. We participate in street parades, costume balls, site specific events on battlefields as well as the more formal venues of European opera houses and concert halls. An important part of our work is sharing our passion with the general public. Every first Saturday of the month we offer a class to the general public at Mark Morris Dance Center in Brooklyn, NY. Maintaining an online vimeo site with documentation of our workshops exploring seminal choreographies, as well as a blog on our website, both free and accessible to the public, helps us to reach thousands of people.

Since Baroque dance predates ballet as we know it, I imagine that we will recognize some of the movements. But what will be different in terms of port de bras and the steps?

The port de bras tends to be lower with more articulation in the hands and fingers. For story telling, we use a gestural system from the art of declamation refined in the 18th century. The dance steps are actually quite similar to ballet steps, but our phrasing and meaning have shifted over the centuries. Also, no point shoes and no aerial lifts with the men and women. 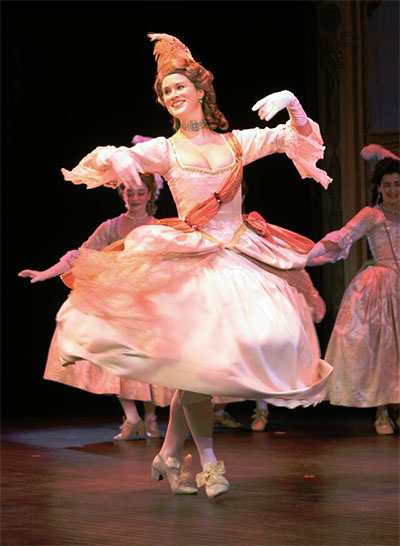 I always enjoy when NYBDC performs with  Ars Lyrica. What will you be doing during the Homage to the Sun King  program?

Les Arts Florissants by Marc Antoine Charpentier is an Idylle en Musique composed in 1685 and is a perfect choice to honor the 300th   anniversary of the death of Louis XIV, the Sun King. At that time, Jean Baptiste Lully held the Royal Patent for opera, and no one else was allowed to compose a full opera. Thus, smaller categories of “opera-like” works came into creation to circumvent this law. Les Arts Florissants is cleverly constructed for a vocal ensemble of seven, which includes the soloists and chorus parts for all roles. This work pits Discord against Peace and is written in honor of Louis XIV. Charpentier was experienced in writing this genre of work from his other commissions with the Jesuit College, Louis le Grand, and in some ways, one might view Les Arts Florissants as sharing more in common with the Jesuit presentations than court and theater entertainments.

Give us a flash history of Louis XIV during this time.

Historically, Louis XIV was at the height of his power in 1685. The Truce of Ratisbon (August, 1684) concluded the War of the Reunions and allowed France to retain Strasbourg and Luxembourg. The Doge of Genoa traveled to Versailles and made his apologies and peace to Louis XIV, but only after having his city bombarded by the French in 1685 from the sea as punishment for having supported the Spanish. One might consider these events as the wars referenced in the sung text. Meanwhile, work on the gardens of Versailles, with its beautiful fountains, were well underway and are also referred to in the text of Les Arts Florissants. The Truce of Ratisbon could very well be an inspiration for the sung poetry of Peace. 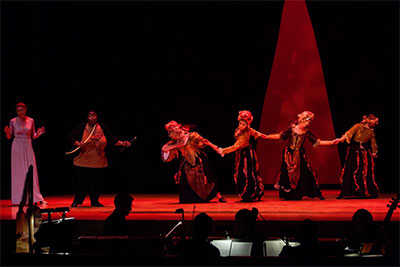 How will you merge the singers and dancers?

In our semi-staged production, the seven singers will play all the characters of Discord, Peace and the Arts as they had in Charpentier’s time. Dance as an art form is not sung, but implied by the action in the text and will be realized by four members of The New York Baroque Dance Company in period style choreography and mime after descriptions of the Jesuit staged productions. The singing roles are La Musique, L’Architecture, La Poesie, La Peintre, La Discorde and La Paix. If the Arts are flourishing at the court of Louis XIV, how can they not have dance? I choose to see La Danse as existing in all the dance music and in our four dancers as an element which is so natural to life it need not be named.  As the original production was performed under the patronage of the Duchesse de Guise, the female roles will be danced by women. (Otherwise, they would most likely have been done by men at the Jesuit College, but there are always exceptions.) The masks of the dancers were a convention of the time.

It must be very rewarding to collaborate with your husband, James Richman, artistic director of the Dallas Bach Society. Tell us about your collaboration in the November program.

Dallas offers the opportunity to try things we cannot do in other places. For example, this week I am working with Contemporary Ballet Dallas (CBD) and choreographer/director Valerie Shelton Tabor (a former student of mine from SMU in 1995-6 who also danced with our company). I am a consultant to her new choreography commissioned by Dallas Bach, who are also the producers. We are working closely together on fashioning a contemporary work inspired by 18th century European and Afro/Caribbean dance forms, which are used as a springboard to tell the story of the Chevalier de Saint George. 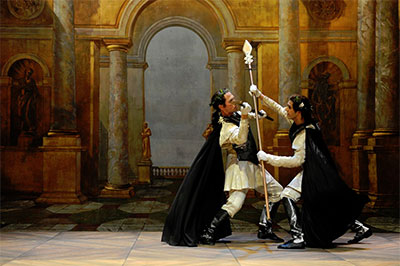 In our Nov. 14 concert with Dallas Bach Society, four dancers of the CBD will join the NYBDC in the final contredanse of the evening, which features ball dances and music of the salons in London and Paris. The NYBDC will be performing published dance notations from the early 18th century, so this is a chance for the audience to “know the score” so to speak. Whereas in works like Les Arts Florissants, there are no published dances from the period for Charpentier’s music. In which case, the dances are created by a choreographer conversant in the style used at the time.

I am interested in how you re-imagine Baroque dance.  Obviously, you are an expert, and the  person to do this, but give us a glimpse of your process.

The process is exactly that, a process which is ongoing. Currently, I am interested in the reflection of the golden nautilus as embodied by the dance in both choreography and in the actual sculpting shapes of the dance positions and movement. Why doesn’t the dance have the same flow of movement as inferred by the paintings and sculpture?  If we use the same body iconography, which was formed through the Baroque mind pondering principles of science, philosophy, mysticism and cosmology, will this give both the dancer and choreographer today more insight into the style and performing practices of the 17th and 18th  centuries?  How will that affect what the audience experiences?