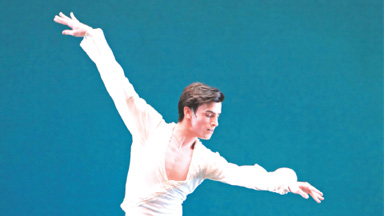 With the addition of the tagline, “the orchestra redefined,” Mercury Baroque is changing its name to Mercury. The orchestra’s repertoire has expanded in recent seasons to include works outside of the Baroque era. While Mercury will still maintain its tradition of bringing Baroque music to life, it is the organization’s goal to have its brand reflect the natural growth and evolution of the orchestra.

Aurora Picture Show will be moving to a permanent location at 2442 Bartlett in June. The new space has an outdoor area to host backyard community gatherings and a flexible interior space perfect for screenings and education programs. It will also house the Aurora Video Library, and offices. Aurora will continue to partner with organizations such as the Menil Collection, Buffalo Bayou Partnership, Project Row Houses, MFAH and others.

Galveston Arts Center is pleased to introduce a new program, “Conversations at the Center,” featuring presentations and discussion by area artists. The inaugural gathering will feature Galveston-based artists Eric Schnell and Ann Wood. The event will begin at 6 p.m. on Thursday, April 26, at the Galveston Arts Center, 2501 Market Street. It is free and open to the public.

Josef Helfenstein, Director of the Menil Collection, has named Sheryl Kolasinski as the museum’s Deputy Director and Chief Operating Officer. Ms. Kolasinski will work closely with Mr. Helfenstein on strategic planning, as well as the gradual implementation of the museum’s master site plan. The Menil Collection has also announced that it has been awarded a grant to restore 12 sculptures by the American artist John Chamberlain through Bank of America’s Art Conservation Project.

Houston Ballet Artistic Director Stanton Welch promoted Joseph Walsh to the rank of principal dancer after his performance as the Prince in Mr. Welch’s production of “Cinderella.” Houston Ballet has also been recognized for 2011 by the American Marketing Association’s Houston Chapter as the top Houston marketer in two categories: Arts: Performing and Retail, and Consumer Products/Services for Houston Ballet’s Nutcracker Market. In addition, C.C. Conner, Houston Ballet’s former managing director, will be honored with the Trustees Award from Dance/USA.

First-place winner Keith Hollingsworth stands before his “In the garden, we worship a higher source” from his Spiritual Landscapes Series (oil, color pigments, beeswax and resin on canvas). PHOTO: TERRY ST. JOHN

Sundance Cinemas Houston announces the opening of the Screening Room. April films include “Natural Selection,” “Goethe in Love,” “Salt of Life,” “This is Not a Film” and “Monsieur Lazhar.”

The Tommy Tune Awards for high school performers will take place on April 17, at the Hobby Center. The winners of the Best Leading Actor and Actress categories will represent TUTS, all expenses paid, as they go on to compete at the national level for the Jimmy Award at the National High School Musical Theater Awards in New York City in June 2012.

Houston Family Arts Center just received notification from the American Association of Community Theatre (AACT) that it has been selected to receive the national Twink Lynch Award. This prestigious award will be presented at the AACT National Convention in New York City on July 14, 2012. The award focuses national attention on HFAC as a leading force in Houston’s thriving community theater scene.

Opera in the Heights’ 2012- 2013 season is built around the works of Shakespeare that have been made into operas, and includes Gioachino Rossini’s “Otello,” Vincenzo Bellini’s “I Capuleti e I Montecchi,” along with two operas by Giuseppe Verdi, “Macbeth” and “Falstaff,” to commemorate the 200th anniversary of Verdi’s birth.