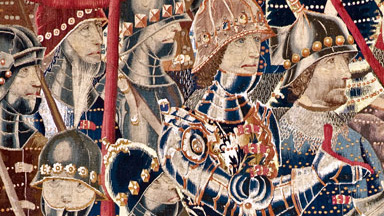 The Amon Carter Museum of American Art announces it has received a $68, viagra sale 000 grant from the National Endowment for the Arts (NEA) to support a groundbreaking exhibition, titled “Color!,” (opening in Fall 2013) that provides the first major analysis of the creation, transformation, realization, and implementation of fine art color photography in the United States.

Heritage Auctions has announced that longtime dealer, gallery owner and private collection curator Brian Roughton has joined the company as the Director of American and European Art. Considered an expert in both 19th and early 20th century important American and European paintings, Roughton has helped build important art collections for both individuals and corporations while also working closely with curators at several museums to acquire works for their public collections.

Beginning February 5, a set of four recently restored 15th-century tapestries, known as the pastrana tapestries, will be on view at the Meadows Museum at Southern Methodist University. Created in the Tournai Workshops in Belgium in the late 1400s, the masterfully woven and monumentally scaled textiles are among the finest surviving Gothic tapestries in existence. The tapestries commemorate the conquest of the North African cities of Asilah and Tangier by King Afonso V of Portugal.  For more information:  www.smu.edu.