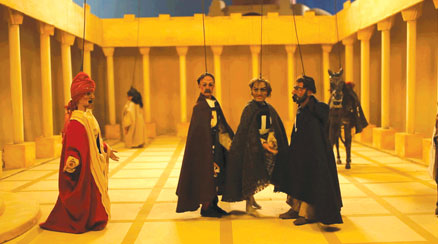 Join moderator, Jeffrey Grove, the Dallas Museum’s Hoffman Family Senior Curator of Contemporary Art for “Take the Lens Cap Off: Trends in Photography”, a panel discussion with perspectives from a group of internationally known experts.  The panel discussion will be held in the auditorium of Booker T. Washington High School for the Performing and Visual Arts in the Dallas Arts District. Panelists include; Kael Alford, documentary photographer, writer, journalist, Deborah Bell, Vice President and Head of Christie’s Photographs Department in New York, Dornith Doherty, 2012 Guggenheim Fellow, photographer, Professor of Photography at the University of North Texas, and Wendy Watriss, photographer, curator, journalist, writer, and a founder of FotoFest, Houston. The Panel discussion is $5. For additional information and to reserve a seat, email: holly@hollyjohnsongallery.com.

The Dallas Art Dealers Association presented its Edith Baker Art Scholarship to visual art students Reyna Flores of Mountain View College and Roy Martinez of El Centro College at a reception on April 19 at the Museum of Geometric and MADI Art, Dallas. A financial award of $2500 each will go to the two students to be used toward covering the expenses of majoring in visual arts in college. The winners also will have the opportunity to be mentored for a day, have an internship with a DADA member of his/her choice at his/her business, and to have an artist’s studio visit. Flores is working towards her Associates in Art.  Her art has been exhibited at the Bath House Cultural Center, the Latino Cultural Center, and various student’s shows at Mountain View College. Martinez, originally from Chicago, is pursuing a Bachelor of Fine Arts in studio arts. An additional scholarship was presented courtesy of The Kenneth R. Craighead Jr. and Steven L. Green Foundation for Arts and Arts Education to Martinez the same evening.

On May 11 The MAC is exploring the Middle East through music, food and film. Accompanying the final screening of Egyptian artist Wael Shawky’s marionette films Cabaret Crusades: Horror Show File and Cabaret Crusades: The Path to Cairo, The MAC will feature live music from Jamal Mohamed and Jonathan Jones with Mediterranean cuisine that will prepare film goers to travel back to the Middle East at the time of the Crusades. The evening will conclude with a casual discussion with Heather Hunt, Medieval Studies and Arabic language specialist. Shawky’s Cabaret Crusades: Horror Show File (2010), starring 200 year-old marionettes from the Italian Lupi Collection, retells the first crusades from the years 1096-1099. The film provides a precise description of the places in the Middle East and Europe that formed the backdrop for the early Crusades.

A $1 million gift from Linda and William Custard of Dallas will establish and endow the position of Linda P. and William A. Custard Director of the Meadows Museum and Centennial Chair in the Meadows School of the Arts at SMU. An additional $1 million from The Meadows Foundation will add to the endowment of the position. “We are deeply grateful to Linda and Bill Custard for their generosity in establishing this endowed position for the Meadows Museum and Meadows School,” said SMU President R. Gerald Turner. “Linda Custard has provided dedicated leadership on the SMU Board of Trustees and the Leadership Council of the Second Century Campaign. This endowed Centennial chair supports one of the campaign’s highest priorities. It brings the total of SMU’s endowed academic positions to 93 toward a goal of 100.” Linda Custard is a general partner for Custard/Pitts Land and Cattle Company, a real estate and energy company based in Dallas. William Custard is president and CEO of Dallas Production Inc., a privately held oil and gas operating company. He is a member of the National Petroleum Council, advisor to the Secretary of Energy. Both are SMU alumni.

The Dallas Arts District has announced the selection of Catherine Cuellar as executive director of the 4 year-old nonprofit organization. Cuellar, a longtime arts critic and advocate, is stepping down from her position at Oncor, where she managed public relations, employee communications and social media for the electric utility. “Downtown Dallas has never been more vibrant in my lifetime — and it’s still improving, thanks to all the exciting things going on in and around the Dallas Arts District,” said Cuellar. “The District defies stereotypes of Dallas and Texans, while opening the minds of people who live here to new ideas and experiences. It’s a prime time to tout Dallas’ reputation as a regional, national and international destination.” Cuellar will helm the 68-acre Dallas Arts District, which sits in the heart of downtown Dallas and is home to most of the city’s major cultural institutions. In addition to arts venues and organizations, its stakeholders also include high-rise office towers, corporate headquarters, restaurants, churches, residential properties, an arts magnet high school and more.  Cuellar replaces longtime arts advocate and former Dallas City Councilmember Veletta Forsythe Lill, who left the post last Fall.

The Amon Carter Museum of American Art announced today the completion of its $3.8 million Excellence in Education Campaign. Funds are supporting and expanding the museum’s nationally recognized education programs. “The Amon Carter’s art education programs play a very important role in this community, around the state and across the country,” says Trustee Mark L. Johnson. “At a time when children have few if any opportunities to interact with original works of art, our student tour programs led by professional educators provide them with free and meaningful access to the museum’s collection. Our outreach also extends to teachers, as well as families and adults, including those who don’t have the financial means to experience other arts opportunities.” The Amon Carter’s Education Program’s impact can be traced back over the decades, but its scope has increased dramatically since the museum’s expansion in 2001. Programs have grown to include student tours, teacher programs, distance learning programs, adult public programs and family programs. The number of schoolchildren, educators, families and adults directly served by these programs has grown 825 percent since 2002, totaling 59,109 participants in 2012.