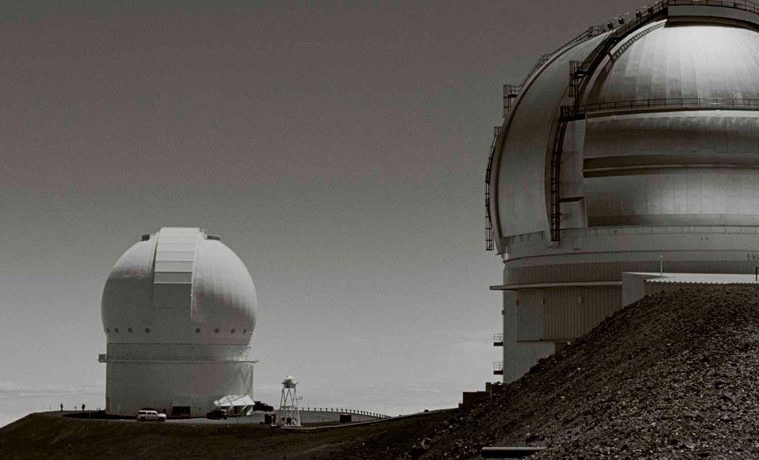 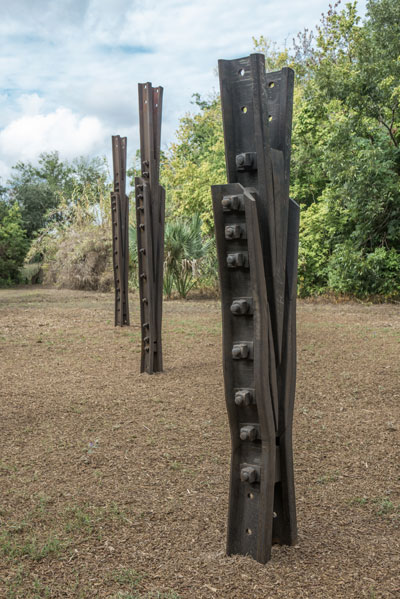 The Contemporary Austin won a competitive $9 million grant from the Dallas-based Edward and Betty Marcus Foundation to create and endow a sculpture park at the museum’s Laguna Gloria location. About $5 million of the grant will fund the commissioning and acquisition of sculpture and site-specific permanent installations at the 12-acre lakeside estate. Another $2 million will be dedicated to an endowment for the permanent maintenance and conservation of the works in what will be called the Betty and Edward Marcus Sculpture Park, and $2 million will fund a series of commissions, exhibitions and public engagements for the Contemporary’s program at the park. The museum is using existing funds – separate from the $9 million awarded by the foundation’s competition for “the Texas institution that proposes the most innovative, visionary visual arts initiative for the future.” – towards the development of a master plan for the 12-acre site.

The admission policies of the state’s two largest encyclopedic museums continued to diverge. The Museum of Fine Arts, Houston raised general admission to $15 – the third hike since January 2012 – the blog Real Clear Arts reported that the Institute of Museum and Library Services has given the Dallas Museum of Arts a $450,000 National Leadership grant to create replicable visitor-engagement models at three partner museums inspired by the free DMA Friends program, which the museum implemented when it returned to free general admission in January. DMA deputy director Rob Stein will lead a year of research aimed at refining and piloting aspects of the program at the Los Angeles County Museum of Art, the Minneapolis Institute of Arts and the Denver Art Museum “with a goal of determining what activities and tools could work broadly across the museum field,” according to a DMA release. “The money will also be used to improve the system for compiling and analyzing data on visitor participation—gleaned from the program—and document critical factors that have an impact on audience engagement at museums.”

Playwright Christopher Durang, who recently won the Tony Award for Best Play, and celebrated playwright John Augustine are the 2013/2014 Playwrights in Residence at Texas State University, as part of the Bowman Guest Artist Series. Their residency will include lectures and master classes for the students and the San Marcos community.

The New York Times reported that the Prada Marfa (2005) installation by Michael Elmgreen and Ingar Dragset has been classified by the Texas Department of Transportation as an “illegal outdoor advertising sign” even though it has no commercial relationship with the luxury-goods house. It was not clear at press time what action the department would take.

Longtime Dominic Walsh Dance Theater member Domenico Luciano has joined Colorado Ballet as a soloist. Luciano will continue to dance in most of DWDT’s productions.

The Briscoe Western Art Museum, located on San Antonio’s River Walk, will open to the public on Oct. 26 on a campus occupying about 1.25 acres of land comprising two buildings, one of which is the former San Antonio Central Library built in 1930, and a courtyard and sculpture garden. Nine galleries spread across the main buildings’ three floors will feature historic and contemporary paintings and sculptures by Frederic Remington, members of the Taos Society of Artists, Maynard Dixon, Howard Terpning, Z.S. Liang, and the museum’s first permanent installation, John Coleman’s monumental bronze, Visions of Change.

Craig Hella Johnson, conductor of the Austin-based choral ensemble Conspirare, has been named the 2013 Texas State Musician by the Texas Commission on the Arts. 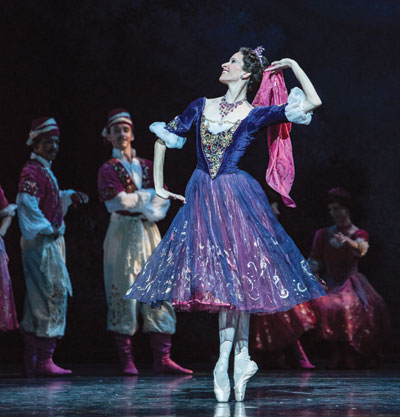 Mireille Hassenboehler and artists of Houston Ballet in The Merry Widow. Photo by Amitava Sarkar.

Houston Ballet principal dancer Mirelle Hassenboehler retired after her final performance of The Merry Widow. Known for her elegance and clean lines, Hassenboehler was the last remaining principal appointed by former artistic director Ben Stevenson.  Houston Ballet also welcomes Brian A. Walker as the new director of productions and Julie Oates as the new director of individual and major gifts.

Allegra Pesenti, curator of the Grunwald Center for the Graphic Arts at the Hammer Museum in Los Angeles, has been named chief curator of the Menil Drawing Institute. She’ll oversee the realization of what’s billed as the country’s first stand-alone facility – designed by the Los Angeles-based firm of Johnston Marklee – especially for the exhibition, study, storage and conservation of modern and contemporary drawings. At the Hammer, Pesenti oversaw the Grunwald Center’s collection of 45,000 prints, drawings, photographs, and artists’ books dating from the Renaissance to the present. Her exhibition Zarina: Paper Like Skin recently traveled to the Solomon R. Guggenheim Museum in New York and the Art Institute of Chicago. Pesenti’s other Hammer shows included Alina Szapocznikow: Sculpture Undone,1955-1972 (2012), Rachel Whiteread Drawings (2010), Gouge: The Modern Woodcut, 1870 to Now (2008), and Extraordinary Exhibitions: Broadsides from the Collection of Ricky Jay (2007).

WindSync received a City’s Initiative Grant from the Houston Arts Alliance in order to assist in presenting, performing, and streaming live an outdoor concert series at the Menil Collection. The series will consist of three concerts, free and open to the public. 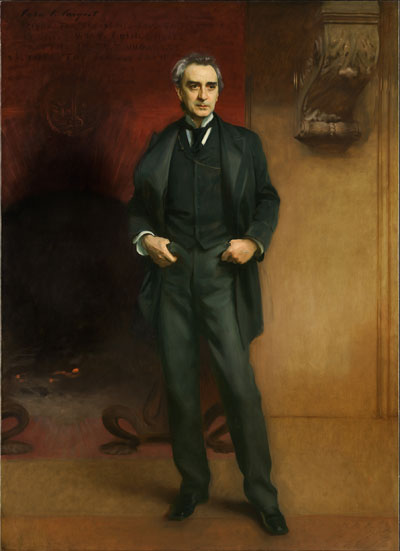 The Amon Carter Museum of American Art has acquired a major, full-length painting by John Singer Sargent (1856–1925). The work, titled Edwin Booth (1890), is a portrait of the great 19th-century Shakespearean actor and older brother of John Wilkes Booth. It was commissioned by members of The Players in New York City, a private club for actors Booth co-founded in 1888. “Sargent’s brilliant finessing of color and brushstroke pervades the painting,” curator Rebecca Lawton said in a statement released by the museum. “He echoes the duality of Booth’s character in the juxtaposition of the hot brick fireplace and the cool marble surrounding it. The dazzling strokes of salmon in the fire’s embers and the daring streak of blue on Booth’s shirt contrast beautifully against the careful modeling of his face and hands.”

The Dallas Opera has achieved its first balanced operating budget since Fiscal 2005, a full two years ahead of schedule. Board, trustee and public support allowed the company to build a base of multi-year donor commitments, to secure major new gifts, earn an anonymous $10 million dollar match (through an equal amount in donations to the Cultural Renaissance Endowment Fund).

The Arts Council of Fort Worth and Tarrant County recognized Louise Britt Carvey and Val Wilkie, Jr., at the first annual heART of Gold Awards.  Fort Worth Opera General Director, Darren K. Woods, was also honored with the Innovator in the Arts Award for his significant impact on the Opera. 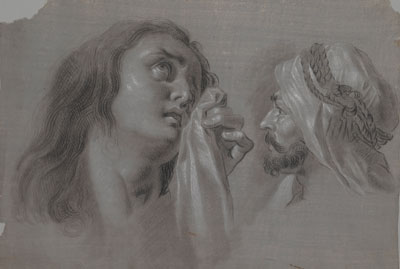 Zacarías González Velázquez, Mary Magdalene and Head of a Moor (1793).

Southern Methodist University’s Meadows Museum announced the acquisition of six 17th– and 18th-century paintings and drawings to its permanent collection: Alonso Cano‘s painting Christ Child (c. 1636-38); pendant paintings by Miguel Jacinto Meléndez, Portraits of Philip V, King of Spain, and his first wife, María Luisa Gabriela of Savoy (c. 1701-03); a sanguine and black chalk drawing by Juan de Valdés Leal, Apparition of Christ to Saint Ignatius on his Way to Rome (c. 1662); a chalk drawing by Zacarías González Velázquez, Mary Magdalene and Head of a Moor (1793); and a pencil drawing by Antonio Carnicero, María Luisa of Parma, Queen of Spain (1789).

Dallas Theater Center Artistic Director Kevin Moriarty announced two new members of DTC’s Diane and Hal Brierley Resident Acting Company: Daniel Duque-Estrada and Alex Organ. “Danny and Alex are wonderful additions to our Resident Acting Company,” says Moriarty. “They will bring great skill, new ideas and fresh energy into our ten-member company of professional actors, whose work on our stage at DTC and throughout our community is so vital to the artistic health of theater in North Texas.”

The Museum of Fine Arts, Houston named Eric O. Anyah its chief financial officer. Anyah comes to the MFAH from the Art Institute of Chicago, where he was most recently executive vice president and CFO, directing the strategic financial planning for the Art Institute’s museum and school, including oversight of $900 million in endowment and pension funds. He also oversaw the financial management of the Art Institute’s recent, more than $400 million, capital campaign.

Jordan Dupuis is new director of development at DiverseWorks Artspace. Most recently with Asia Society Texas Center, he comes with a wealth of experience and will be responsible for all aspects of DiverseWorks’ fundraising efforts.

Emily Watts is the new program director at University of Houston Cynthia Woods Mitchell Center for the Arts. At Fractured Atlas, Emily managed and expanded the insurance program by working with insurance companies to develop policies addressing the specific needs of the arts community, as well as advising artists and arts organizations across the country on insurance, risk management, and emergency preparedness.

The Museum of Fine Arts, Houston and the Dallas Museum of Art have jointly acquired British artist Simon Starling‘s Black Drop (2012), a 35mm film transferred to HD. The film “connects the history of cinema with the astronomical phenomenon of the transit of Venus across the Sun and the human need to measure one’s place in the cosmos,” according to a statement released by the museums. “The enthusiastic attempts in 1874 and 1882 to use observations of the transit of Venus to refine the measurement of the mean Sun–Earth distance, the so-called ‘astronomical unit,’ are perhaps best known for their failings,” Starling has said. “What is less well known is that cinema is, in large part, the illegitimate child of those 19th-century scientific exertions.” The museums’ first joint accession was funded by the Anchorage Foundation and the DMA/amfAR Benefit Auction Fund. Black Drop will make its Texas debut in an exhibition devoted to the work of Starling and astronomical photography opening in May 2014 at the Pearl Fincher Museum of Fine Arts in Spring.

Susan Miville is Austin Symphony Orchestra‘s new director of education. Miville is a graduate of the University of Massachusetts – Amherst, concentrating in Creativity and Cognitive Development, and the Birmingham (UK) School of Speech Training and Dramatic Art.

The Catastrophic Theatre in Houston has won a National Theatre Company Grant from The American Theatre Wing, which offers operating support to companies that have articulated a distinctive mission, cultivated an audience, and nurtured a community of artists in ways that strengthen and demonstrate the quality, diversity, and dynamism of American theater.