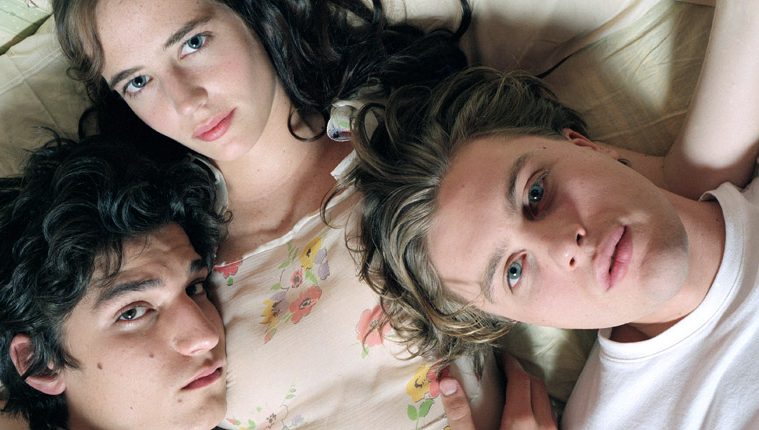 Il conformista (1970).
COURTESY OF THE MUSEUM OF FINE ARTS, HOUSTON.

Best known for Last Tango in Paris, his 1972 psychosexual drama starring Marlon Brando and Maria Schneider, Bernardo Bertolucci is one of the most prolific and most controversial filmmakers of our time. His existential themes, his non-linear techniques, his use of eroticism, and his poetic imagery have done more than merely inspire; they have been borrowed, reworked, and reformed by others. Today, we see glimpses of his shadow in much of modern cinematography, arguably making Bertolucci the fulcrum from which the rest pivot.

Houston film fans can get another look at Last Tango in Paris while immersing themselves in the director’s career during The Nonconformist: A Bernardo Bertolucci Retrospective, which runs throughout September at the Museum of Fine Arts, Houston.

“Bertolucci was one of the last great filmmakers of an older generation to give us films of such a great scope and vision, and that were and still are culturally significant,” says Alessandro Carrera, professor and director of Italian studies at the University of Houston. “Bertolucci’s films show his characters dealing with immediate change and conflict in their lives, and how they have to become ‘the father figure’ within themselves with no clear solution.”  (This theme started with Bertolucci’s second film, Before the Revolution, and has been in all of his later movies in some form or another.)

Louis Garrel, Eva Green and Michael Pitt in “The Dreamers”, 2003.
COURTESY OF THE MUSEUM OF FINE ARTS, HOUSTON.

The MFAH festival will start with his first feature film, The Grim Reaper (1962), which was based on a story by Bertolucci’s friend and mentor, Pier Paolo Pasolini. The retrospective will feature his films from the 1960s through 2003, covering a vast universe of politics, sex, and humanity. Catch up on Bertolucci’s early films, such as 1970 The Spider’s Stratagem, based on a short story by Jorge Luis Borges, and Partner, featuring Pierre Clémenti in a double bravura performance as Jacob and his double. The big hits, including The Last Emperor, Little Buddha, The Conformist, Dreamers, and of course, Last Tango in Paris, reveal the full breadth of his oeuvre.

And this is a rare chance to see Bertolucci’s 1900, his epic four-hour chronicle of seventy years of Italian social and political history, from 1901- 1970, with a stellar cast including Robert De Niro, Gerard Depardieu, Dominique Sanda, Donald Sutherland and Burt Lancaster.

Watching Bertolucci’s 1987 The Last Emperor for the first time, I was in awe at how majestically and real the film portrayed that part of the world in the 1950’s. The attention to detail and filming occurs on such a grand scale. Bertolucci’s The Last Emperor was one of my defining moments of my pursuing a career in film and ignited my interest in Italian cinema and the rest of Bertolucci’s movies.

John Lone and Joan Chen in “The Last Emperor”, 1987.
COURTESY OF THE MUSEUM OF FINE ARTS, HOUSTON.

Despite these setbacks, Bertolucci remained unwilling to compromise his artistic vision. He kept making the films he wanted to make – twenty-four, altogether – and eventually the Italian censorship commission was abolished and Bertolucci’s continued artistic successes afforded him even greater license. He has won countless awards, most recently, the prestigious Cannes Film Festival Honorary Palme d’Or award.

One would think that Bertolucci’s political and legal fights would populate the themes of his films. But to Bertolucci, his films (although political in nature) always remained primarily about the existential and personal struggle of the individual. Bertolucci himself said, “I don’t film messages. I let the post office take care of those.”  Carrera adds, “Bertolucci shows us moments from his own life not necessarily to dictate a message, but rather to show us the poetry of life.”

-BRYAN KLUGER
Bryan Kluger is the film editor for Arts+Culture Magazine and the editor-in-chief of Boomstick Comics.