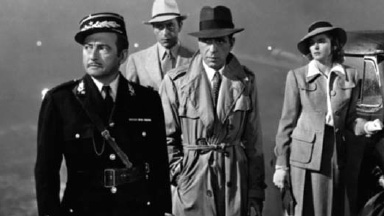 Dramalog: News from the Stage Feb 2012

Programming veteran Marc Engel has joined the AT&T Performing Arts Center as its new Director of Entertainment and Event Services. Engel will be responsible for booking performers, concerts, lectures, events and rentals at the Center’s world-class performance venues. Engel joins the Center with a long track record of success in the entertainment and event industry at centers and venues across the country. Most recently, Engel was Director of Event Services at Bass Performance Hall in Fort Worth. From 2002-2003, Engel was the Executive Director of Tulsa Ballet Theatre in Tulsa, Oklahoma and was credited with stabilizing the company’s administration. From 1999-2001 he was the Executive Director of the Embassy Theatre Foundation in Fort Wayne, Indiana, successfully transforming that organization from a rental hall to an active presenter.

The Dallas Opera, in partnership with Cowboys Stadium, has announce the first classical music simulcast ever conducted in a North Texas sports venue. The simulcast of Mozart’s “The Magic Flute” will take place on April 28 at the Arlington stadium. Patrons will be able to enjoy a complete, unabridged live performance on the world’s largest high-definition video board structure, comprised of four massive viewing screens (the largest, 72 feet tall and 160 feet wide) suspended directly above the playing field. “I hope that the centralized location of Cowboys Stadium will draw music and theater lovers from all across North Texas to this free simulcast of Mozart’s action-packed masterpiece,” said Dallas Opera CEO Keith Cerny, “especially those who, for a variety of reasons, have perceived opera as an intimidating or challenging art form, rather than the fantastic entertainment experience it is.” Seating will be reserved and free tickets can be obtained through the Dallas Opera website at www.dallasopera.org/cowboys.

Texas-based playwright/screenwriter Thomas Ward will premiere his new play “International Falls,” a tragic comedy, at the Out of the Loop Fringe Festival at Water Tower Theatre in Addison. The play will run for a limited engagement on Water Tower’s Main Stage March 4 and 10. Bradley Jones of Nashville’s Haven Productions will direct the production. Ward has received several honors for his writing, including the distinction of Atlanta’s Best New Play for his play “Keeping Watch.” The new play, a story of a burned out standup comedian, will join the ten-day Festival lineup of plays, performance art, dance and art from around the region and around the world. For a line-up and tickets to this year’s Festival, go to www.watertowertheatre.org.

TACA, the premier umbrella arts organization in North Texas, has appointed eleven new members to its Board of Directors to serve three-year terms. In addition, the organization has appointed four current board members to second three-year terms and named its 2012 board officers. New board members include: Marsha Cameron, Garry L. Cox, David Droese, Gwen Echols, H. Ralph Hawkins, Tara Lewis, Jim Nugent, Holly Reed, Scott P. Stolley, Rod Sumner and Michelle F. Vobach. Along with these new members, TACA announced that Bill Bogart, Nick Even, Heather Esping and Zannie Voss will serve second three-year terms. Andrew Teller, Jr. is chairing the 2012 TACA Board of Directors. TACA’s (The Arts Community Alliance) mission is to provide financial support and services and to increase public awareness and participation in the performing arts. More information can be found at www.taca-arts.org.

Due to a scheduling conflict, Harry Gregson-Williams has canceled his appearances April 5-7 with the Dallas Symphony Orchestra in the Masters of Film Music Series. But the DSO has a cool replacement. They’ll show the classic film “Casablanca” on a big screen, and play the Max Steiner score live. The shows are April 5-7 at the Meyerson Symphony Center and tickets can be purchased by calling 214-692-0203. Patrons already ticketed for the original concert can automatically use their ticket for the same show.

Nothing breeds success like success. Following the praise for Jake Heggie’s opera “Moby-Dick,” the Dallas Opera has commissioned him to write another one for them to premiere in 2015. The new opera, “Great Scott,” will have a libretto by Tony Award-winning playwright Terrence McNally, a Texas native. The two artists worked together before, on “Dead Man Walking” and “Three Decembers.” McNally is a known opera aficionado. His play “Master Class,” about Maria Callas, has enchanted opera fans for many years. He also wrote the opera-themed “The Lisbon Traviata.”