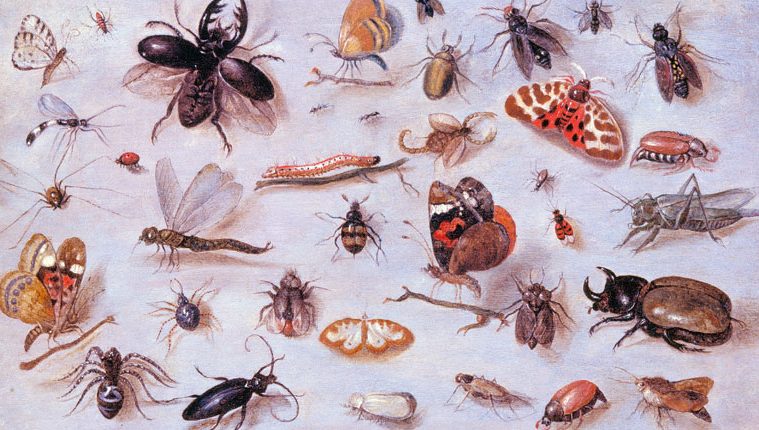 July Loose Ends:  What’s Back, And Making It Available to All Houstonians

In a comment below the online version of June’s Loose Ends column, which revealed that the Museum of Fine Arts, Houston inflated its attendance figures for years, until the 2012 arrival of director Gary Tinterow, a reader asked: “I’m not exactly sure what the point of this story is. Did they cheat, steal, or embezzle? Am I not going to go to the MFAH as a protest to this egregious act of…of…whatever? The answer is – no.”

I think “lying” is the word my reader was looking for — and yes, when it comes to one of the city’s top beneficiaries of philanthropic largesse, lying is indeed a form of cheating. But to anyone who made it past the headline, it should have been clear that I don’t want anyone to stop going to the MFAH. I want more people to go, and I want the MFAH to make it easier for them to do so. 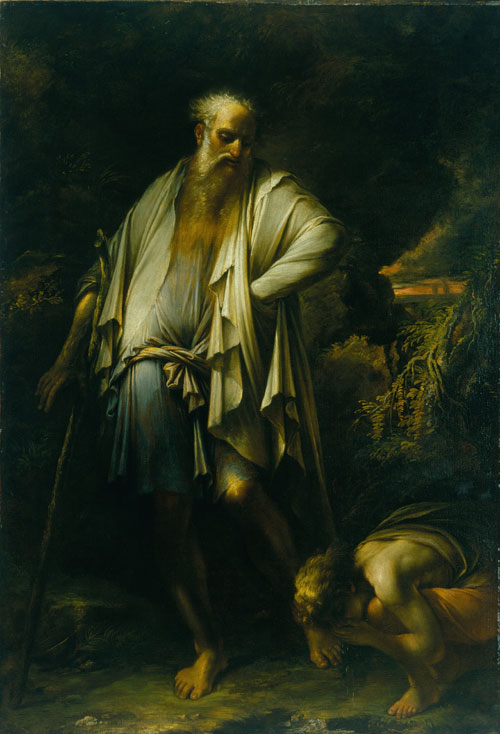 In fact, even as I was working on that exposé, which no other media outlet dared touch, I was also proudly showing a visiting colleague, Milwaukee Journal-Sentinel art and architecture critic Mary Louise Schumacher, some of my favorite works in the Law and Beck Buildings. Starting with the pre-Columbian galleries, I took the most convoluted route I could – to see the most possible collections afresh through her eyes.

They’re not just any eyes: Schumacher has lived in New York and Washington, D.C., so she’s intimately familiar with museums so good they needn’t bother calling themselves world class, but she also understands what an encyclopedic museum means to a far less touristy city.

I saved what I’ve taken to calling the newly reunified European collections in Upper Beck, which have been broken up by years of special exhibitions, for last. Since the Prado show came down, Houstonians  – or at least the ones in the know who can afford the MFAH’s $13 general admission or make it there on a free day – have enjoyed unfettered access to medieval, Renaissance and Baroque collections of a depth and scope they’d have to drive at least 11 hours to match or beat.

That’s something worth keeping in mind as the Greater Houston Convention and Visitors Bureau tries to woo more cultural tourists from other big Texas cities and from medium-sized towns like Waco and border-state cities like New Orleans, Shreveport and Oklahoma City.  Exhibitions, ticketed and otherwise, come and go. But if you want to convert day-trippers into weekenders and weekenders into long weekenders – and Tinterow says boosting art tourism is a top priority – it helps if they can count on the best collections always being on view. 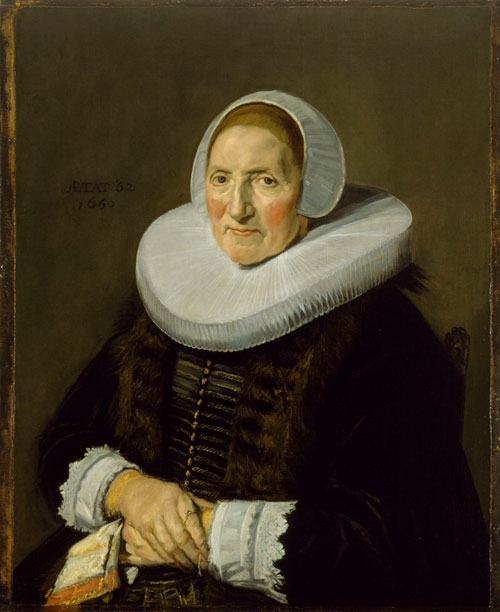 At the MFAH, the best includes one of its core collections, the recently returned Edith A. and Percy S. Straus Collection. Schumacher swooned over its Fra Angelico panel (Saint Anthony Abbot Shunning the Mass of Gold), and its Hans Memling portrait whose companion is in the Metropolitan Museum of Art. It includes a terrific constellation of Dutch and Flemish Old Masters – both the MFAH’s, such as Rembrandt van Rijn’s Portrait of a Young Woman and Frans Hals’s Portrait of an Elderly Woman, whose incredibly painted hands stopped Schumacher in her tracks – and the fabulous Edward and Sally Speelman Collection, whose gems by the likes of Jan Brueghel the Elder, Salomon van Ruysdael, Hendrick Avercamp and Pieter Claesz are on long-term loan to the MFAH.

Other key long-term loans form an impermanent collection that one can only hope will become permanent. Fra Angelico’s vividly (and moralistically) painted The Blessed and the Damned, with its stark division between the two, seems ripe for new conversations given that Pope Francis I kicked off his papacy by including at least two Muslims among the people whose feet he ceremonially washed. Tintoretto’s The Martyrdom of St. Lawrence, depicting the saint being roasted on a gridiron, conveys the fire’s heat with a few dazzling brushstrokes. And get a load of the dirty fingernails and toenails of Jusepe de Ribera’s Caravagesque Saint John the Baptist, a wild-eyed, strangely sexy hermit who’s possibly in the midst of a vision induced by fasting in the wilderness.

Then there’s the Sarah Campbell Blaffer Foundation, a “museum without walls” that loans works to the MFAH galleries, including a key Botticelli and Salvator Rosa’s Diogenes Casting Away His Cup as well as a handful of modernist works, the best of which — Max Beckmann’s Woman with Mirror and Orchids — recently returned from a two-year stint at the Santa Barbara Museum of Art to join Henri Matisse’s Olga Merson in the 20th-century European gallery.

Of course, the SCBF isn’t a museum entirely without walls; it has five galleries of its own in Upper Beck. If you haven’t visited them lately, you may have missed director James Clifton’s recently installed and expanded “cabinet of curiosities,” a small gallery that gives a sense of the kinds of things the original 16th– and17th-century Kunst- und Wunderkammern (chambers of art and wonder), forerunners to museums, contained – a mix of scientific instruments such as a microscope and a pocket globe, exotic natural and man-made objects and a wide range of paintings, prints, decorative arts objects, and books. Clifton got some of the rocks and shells off eBay; they’re joined by an eclectic array of masterworks unavailable on eBay, such as Lucas Cranach the Elder’s Rape of Lucretia and Jan van Kessel’s A Study of Butterflies, Moths, Spiders, and Insects. 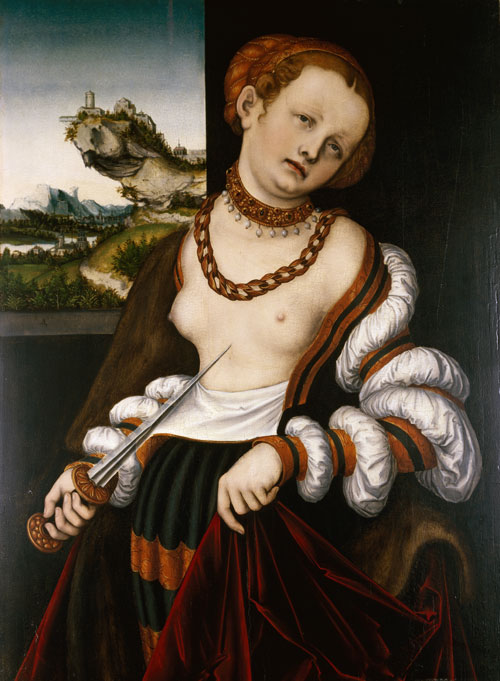 Of course I want my reader to keep visiting the MFAH – as often as possible. But, especially now that we know the museum has been serving about half as many visitors as it told itself and the world it was serving, I want many more Houstonians to visit it, and to have the kinds of experiences that keep them coming back to develop the kind of relationship with its collections that I enjoy. Magnetic: The Art and Science of Engagement, a new book by Anne Bergeron, the Dallas Museum of Art’s associate director of external affairs; and Beth Tuttle, president and CEO of the Cultural Data Project, offers insights into how the MFAH might make that possible.

One of the six high-performing museums the authors studied, the Chrysler Museum of Art in Norfolk, Virginia, transformed itself from an institution that served “not just the slice of well-to-do, educated visitors who were accustomed to attending” to one that viewed everyone living within a 50-mile radius as its audience – one its entire staff was there to serve and engage.  The Chrysler got rid of uniformed guards. In their place, director Bill Hennessey told Bergeron and Tuttle, “we deployed gallery hosts, specially recruited and trained guest service representatives whose purpose is to make people feel welcomed, relaxed, and comfortable in the presence of art.”

Chrysler gallery hosts are trained to read visitors’ body language, comfort level and interests – and empowered to do whatever it takes to meet their needs short of injuring people or artworks. Examples range from calling curators to the galleries to answer visitors’ questions to tracking down a Velasquez sought by an out-of-town guest and taking the visitor to the administrative offices, where it happened to be hanging in the director’s office. (The non-didactic Menil Collection should also explore replacing guards with gallery hosts.)

The Chrysler also switched to free admission in 2009 and saw attendance jump 33 percent in the first year and experienced increased visitor diversity, with more African Americans, young adults and families coming to the museum. Visitors did less gorging – rushing through the museum to try to get their money’s worth – and more grazing as they came back more often for shorter visits with newly discovered artworks or old favorites. 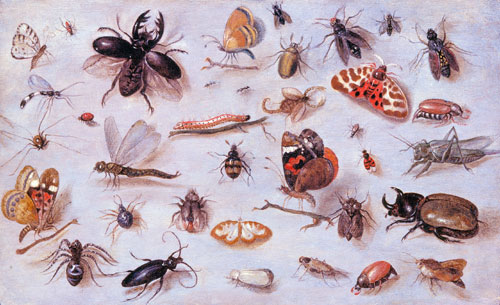 And the museum began marketing memberships as acts of philanthropy to keep the Chrysler free. “While they have seen increased volatility and churn at the lower levels, this approach, which empowers members to enable the participation of others, has netted a 53 percent retention rate among members overall and 90 percent retention in their top giving levels,” the authors write.

But if MFAH staff and trustees don’t want to learn from the Chrysler’s experience, perhaps they’ll learn from Rosa’s masterful picture, which shows Diogenes chucking his drinking cup at the sight of a boy drinking water from his cupped hands. “A child has beaten me in plainness of living,” Diogenes is said to have muttered.

I’m not asking Tinterow or incoming board chairman Rich Kinder to start drinking from their hands. But I know some kids on the Eastside who have easily beaten Tinterow, Kinder and the rest of the MFAH’s fabulously wealthy trustees in plainness of living. Can’t they find a way to let those kids, and all Houstonians, know the museum is theirs, and not just on Thursdays and other occasional free days?